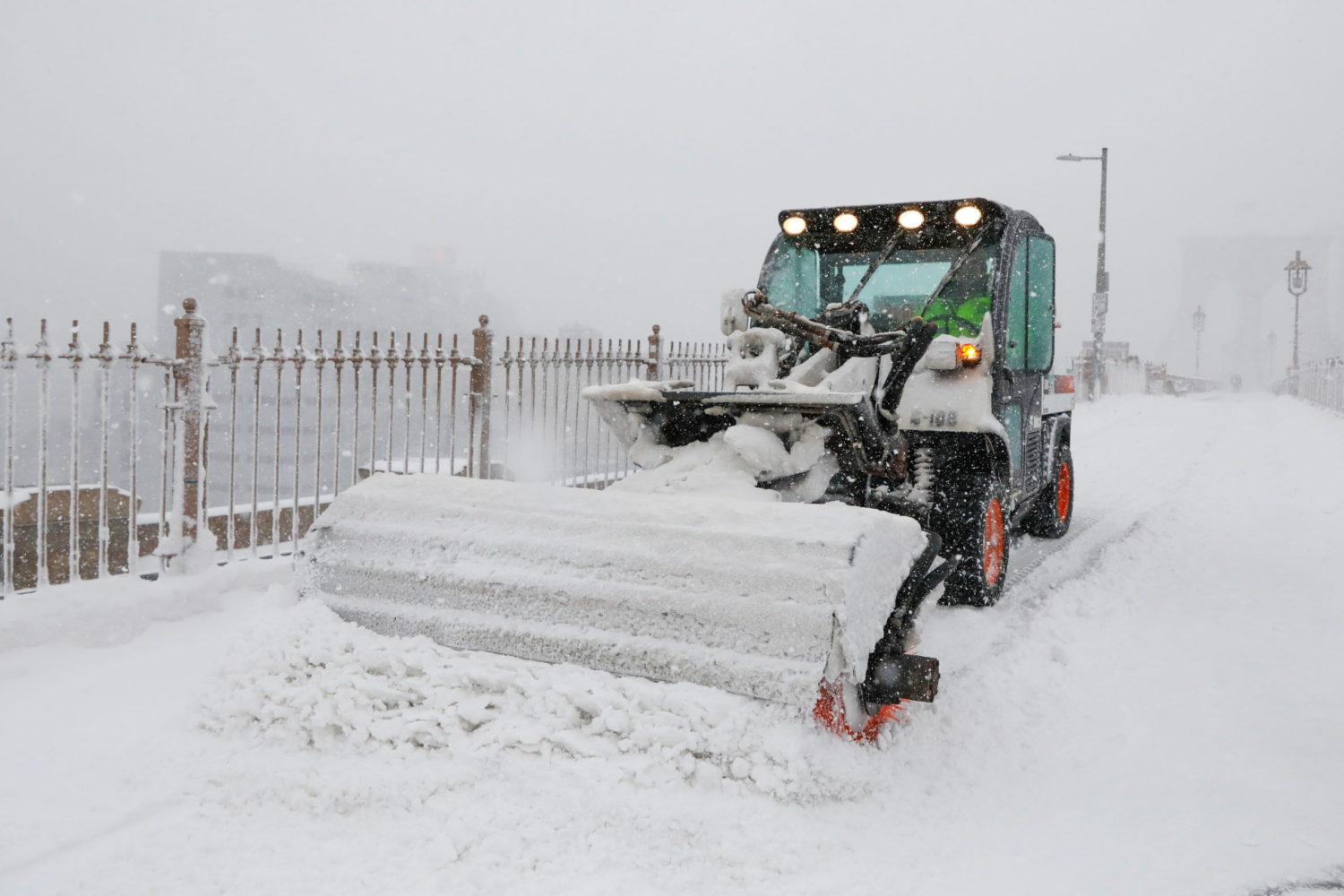 NEW YORK (Reuters) – The U.S. Northeast on Monday awoke under a blanket of snow as a powerful winter storm pummeled a vast swath stretching from Pennsylvania through New England, causing widespread disruption in New York City and other major urban centers in the region.

The powerful nor’easter is forecast to bring 1 to 2 feet (31 cm to 61 cm) of snow across the region through Tuesday, according to the National Weather Service, and snowfall rates could reach 2 to 4 inches (5 cm to 10 cm) per hour during the storm’s peak.

If it achieves its maximum potential, it would be the first winter storm to generate more than 2 feet of snow in New York City since 2016, when a record-breaking blizzard dumped 27.5 inches (70 cm) on the country’s most populous city, according to the weather service.

Winter storm warnings and weather advisories were in place across the Northeast. New Jersey Governor Phil Murphy declared a state of emergency on Sunday, suspending public bus and commuter rail service for the entire day on Monday.

The state’s governor, Andrew Cuomo, later on Monday declared a state of emergency in the city and in nine other counties due to the storm.

“This storm is no joke and the main concern right now is that the expected snowfall rate of 2 inches per hour this afternoon creates an extremely dangerous situation on our roadways,” Cuomo said.

The stormy weather affected more than just roads and travel as COVID-19 vaccination sites and testing locations were forced to close or change their schedules.

All six vaccine mega-sites across New Jersey were closed on Monday, and vaccine appointments were rescheduled at many state-run sites in New York state. Vaccinations and testing were also suspended at New York City public hospitals and health centers.

De Blasio said that, with the city facing up to 22 inches (56 cm) of snow, vaccinations would be canceled on Tuesday as well. “The storm is disrupting our vaccination effort and we need to keep people safe,” he told a news briefing.

In Boston, health officials announced the closure Monday of a COVID-19 vaccine clinic at the Reggie Lewis Center, an large indoor sports center.

But many Northeasterners greeted the heavy snowfall with excitement, taking to social media to share photos of streets, parks and backyards blanketed with the white stuff, as well as happy pets playing in the snow.

Even the giant pandas at the Smithsonian’s National Zoo in Washington seemed to enjoy the winter weather when it hit the nation’s capital on Sunday.

“Slides, somersaults and pure panda joy. Happy snow day from giant pandas Mei Xiang and Tian Tian!,” the zoo wrote on Twitter, with a video showing the furry black-and-white creatures rolling in the fresh powder and sliding down a snow-covered incline.