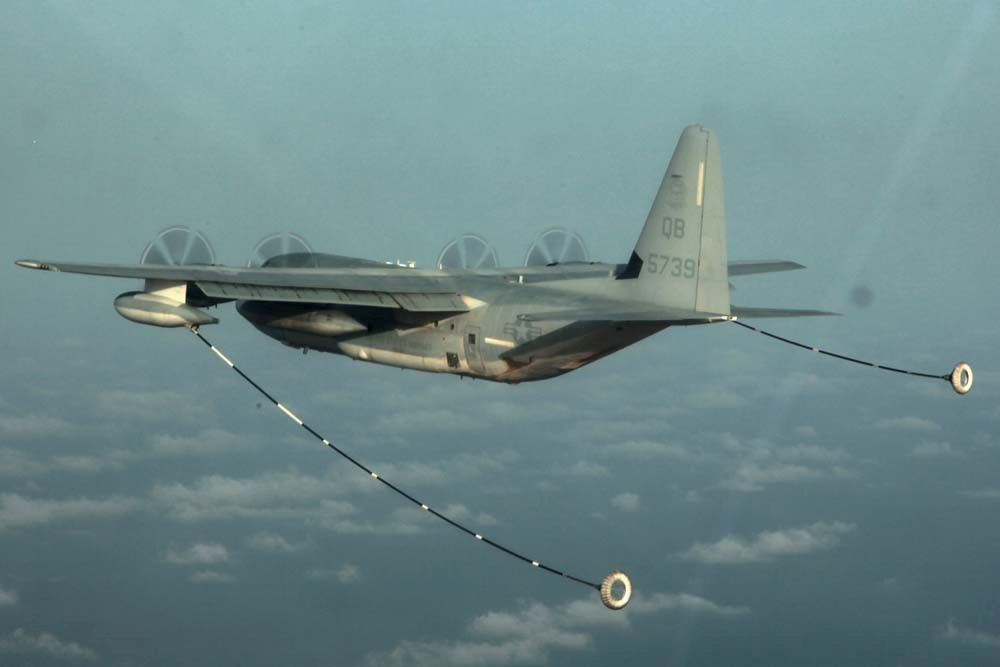 By Kiyoshi Takenaka and Phil Stewart

TOKYO/WASHINGTON (Reuters) – Five U.S. Marines were missing after two Marine Corps aircraft collided in mid-air and crashed into the sea off the coast of Japan during an air-to-air refueling exercise on Thursday, Japanese and American officials said.

Japan’s defense ministry said its maritime forces had so far found two of the seven Marines who were aboard the aircraft – an F/A-18 Hornet fighter jet and a KC-130 Hercules – at the time of the incident.

One was in a stable condition at Marine Corps Air Station Iwakuni, while the second had been found about 10 hours after the collision and brought aboard a Japanese military vessel, the ministry said. No other details about the second Marine were known, a ministry spokesman said. 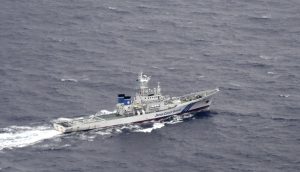 A Japan Coast Guard patrol vessel sails on the water at the area where two U.S. Marine Corps aircraft have been involved in a mishap in the skies, off the coast of Kochi prefecture, Japan, in this aerial view photo taken by Kyodo December 6, 2018. Kyodo/via REUTERS

“We plan to keep at it all through the night,” Katsutoshi Kawano, chief of the Japanese Self-Defence Forces’ Joint Staff, told a news conference.

The incident adds to a growing list of U.S. military aviation accidents around the world in recent years, prompting hearings in Congress to address the rise.

The Military Times reported earlier this year that aviation accidents jumped nearly 40 percent from fiscal years 2013 to 2017. At least 133 service members were killed in those incidents, it said.

Congressional leaders have called the rash of accidents a “crisis” and blamed it on continuous combat operations, deferred modernization, lack of training and aging equipment.

U.S. military accidents are a sensitive topic in Japan, particularly for residents of the southern prefecture of Okinawa, which is home to the bulk of the U.S. presence in the country. A series of emergency landings and parts falling from U.S. military aircraft have highlighted safety concerns.

People in a Tokyo hospital waiting room fell silent as news of the crash came on television, with one woman whispering to another, “This is so scary.”

“The incident is regrettable, but our focus at the moment is on search and rescue,” Japanese Defence Minister Takeshi Iwaya told a news conference. “Japan will respond appropriately once the details of the incident are uncovered.”

U.S. Ambassador William Hagerty thanked Japan’s military for their search-and-rescue efforts and confirmed the incident occurred during a refueling exercise.

“My heart goes out to the families and colleagues of Marines involved in this tragedy,” Hagerty said at an event at Waseda University in Tokyo.

“They risk their lives every day to protect Japan and to protect this region and sometimes they pay the greatest costs. So I want to emphasize this security alliance that we have is critical and it is moving forward to the right direction,” he said.

The Marine Corps said in a statement the incident occurred around 2 a.m. local time in Japan (1700 GMT Wednesday) about 320 km (200 miles) off the Japanese coast.

The two aircraft had launched from Marine Corps Air Station Iwakuni and were conducting regular training when the incident occurred, it said.