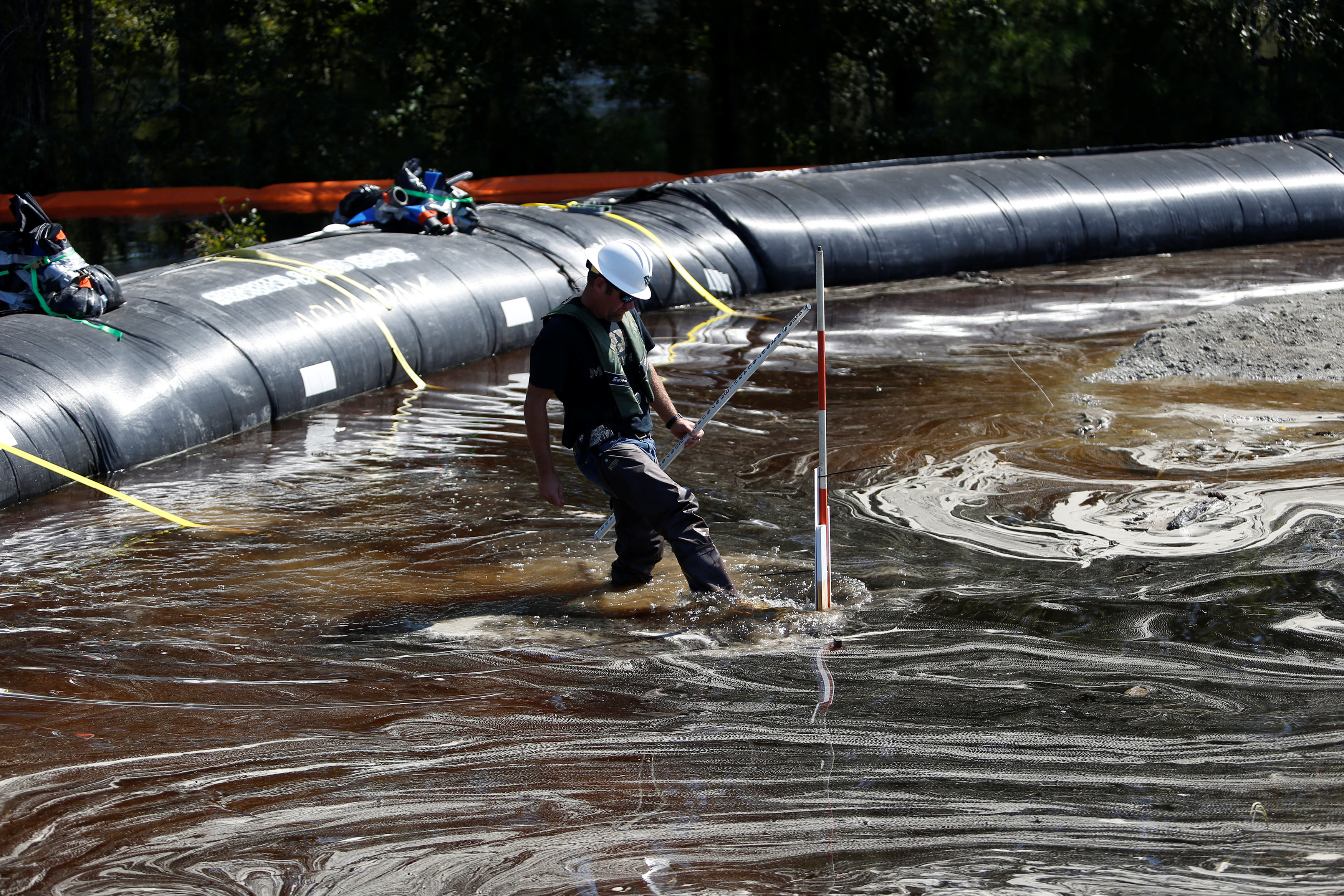 CHARLESTON, S.C./RALEIGH, N.C. (Reuters) – Emergency management officials in Georgetown, South Carolina, were optimistic on Thursday that their port community would see less flooding than previously expected in the aftermath of Hurricane Florence.

Florence, which crashed ashore two weeks ago as a Category 1 hurricane and killed 46 people in three states, has since dissipated, but the storm’s torrential rainfall threatens to swamp Georgetown as it drains toward the ocean.

Forecasts now show floodwaters rising two to four feet (0.6 to 1.2 meters) in Georgetown, which sits at the confluence of the Waccamaw, Great Pee Dee and Sampit rivers about 30 miles (50 km) south of Myrtle Beach, considerably lower than initially feared.

“While we’re optimistic that things are looking better to some degree … there will be increased levels of water in some areas,” Georgetown County Administrator Sel Hemingway said on Wednesday. “The awareness level needs to be elevated.”

Officials were still urging 6,000 to 8,000 residents to leave their homes, with rivers expected to crest in Georgetown on Friday and remain above flood stage for four or five days.

The North Carolina Institute for Climate Studies said preliminary research suggests that Florence was among the rainiest storms in the United States in some 70 years.

South Carolina Governor Henry McMaster said the river flooding caused by Florence, which dropped nearly 20 inches (50 cm) of rain in some places in the state, is something his state has not had to cope with before.

“This is unprecedented and we are still in full battle mode,” McMaster said at a press briefing on Wednesday at Emergency Management Division headquarters in Columbia, the state capital.

Flooding has destroyed 46 homes in the state, significantly damaged more than 1,000 and forced 11,000 people to flee their homes, including 3,000 in Georgetown, EMD Director Kim Stenson said Wednesday.

“The river’s rise has slowed and we think it’s cresting today,” utility spokeswoman Mollie Gore said from the site, where 115 workers had shored up the dam around the pond. “We still have a foot between the top of the river and the top of the dam.”

Santee Cooper said it has removed more than 1 million tons of coal ash, which can contaminate water and harm fish and wildlife, from the site in the past few years.

Some one to two inches of rain moving into the central and western parts of the state in a next day or two will prolong the flooding, said meteorologist Rich Otto of the National Weather Service’s Weather Prediction Center in College Park, Maryland.

Crews worked to erect temporary dams on either side of U.S. Highway 17, the main coastal route through the area, and National Guard engineers were installing a floating bridge at Georgetown in case the highway is washed out at the river.