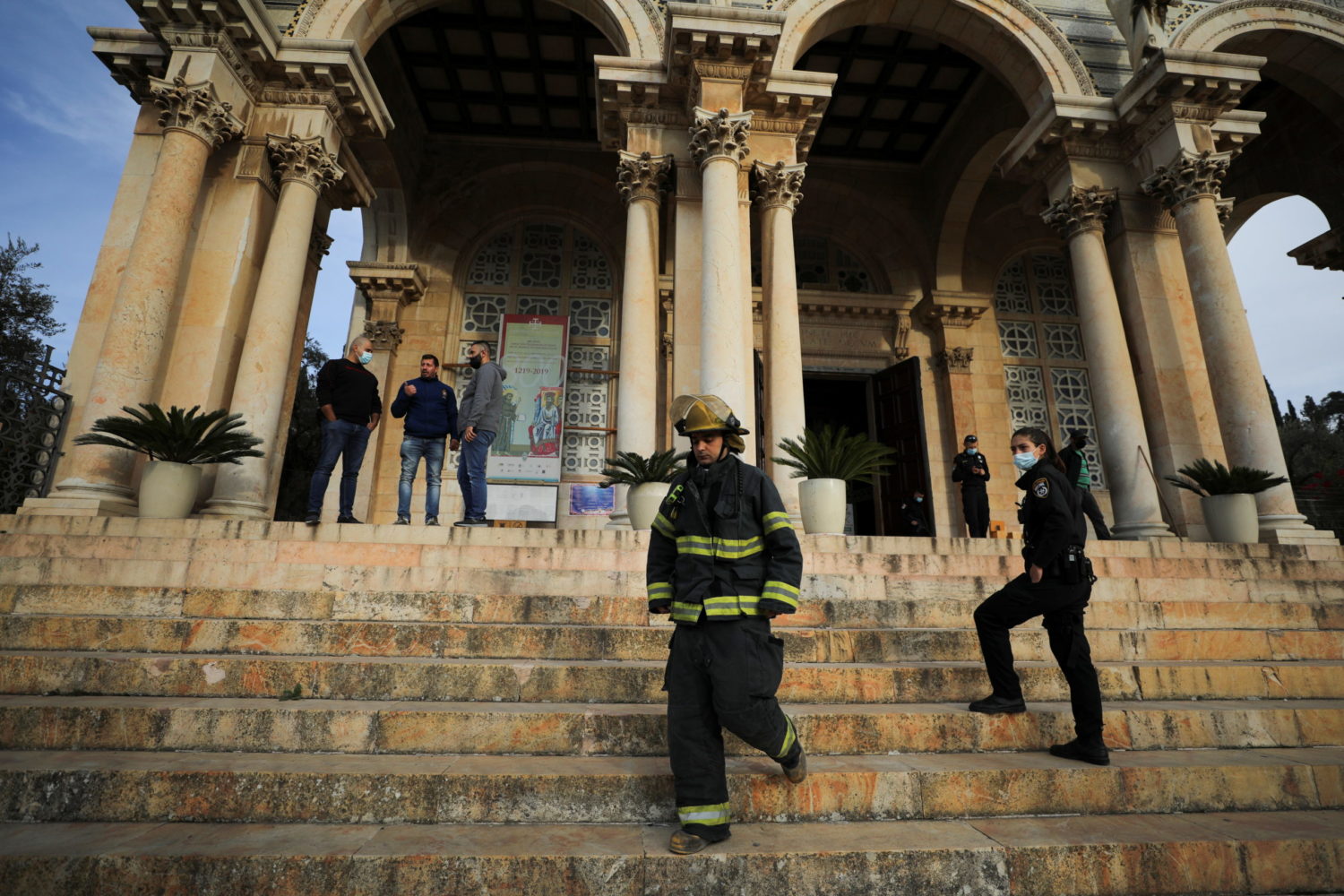 JERUSALEM (Reuters) – Israeli police on Friday arrested a man for trying to set fire to an east Jerusalem church by the Garden of Gethsemane, the site revered by Christians as the place where Jesus prayed before he was crucified.

The 49-year-old Israeli suspect poured flammable liquid inside the Church of All Nations, police spokesman Micky Rosenfeld said. The man then set it alight, a separate police statement said, before the church guard detained him.

“Preliminary investigation and the suspect’s details strengthen the assessment that the background to the incident was criminal,” police said, suggesting investigators believed it was not a hate crime.

Reuters pictures showed a charred bench and a small blackened portion of the mosaic floor of the Catholic church, which overlooks Jerusalem’s walled Old City.

“This is a crime, a crime that shouldn’t happen in a church in the Holy Land,” said Father Ibrahim Faltas, as he inspected the damage. The Custody of the Holy Land for the Roman Catholic Church in a statement urged police to conduct a thorough investigation.

Palestinian President Mahmoud Abbas denounced the suspect as a “terrorist Israeli settler” and said in a statement the Israeli government was responsible for such attacks.

Over the past decade, Jewish extremists have been charged or blamed for arson attacks on a number of churches and mosques in the Holy Land.