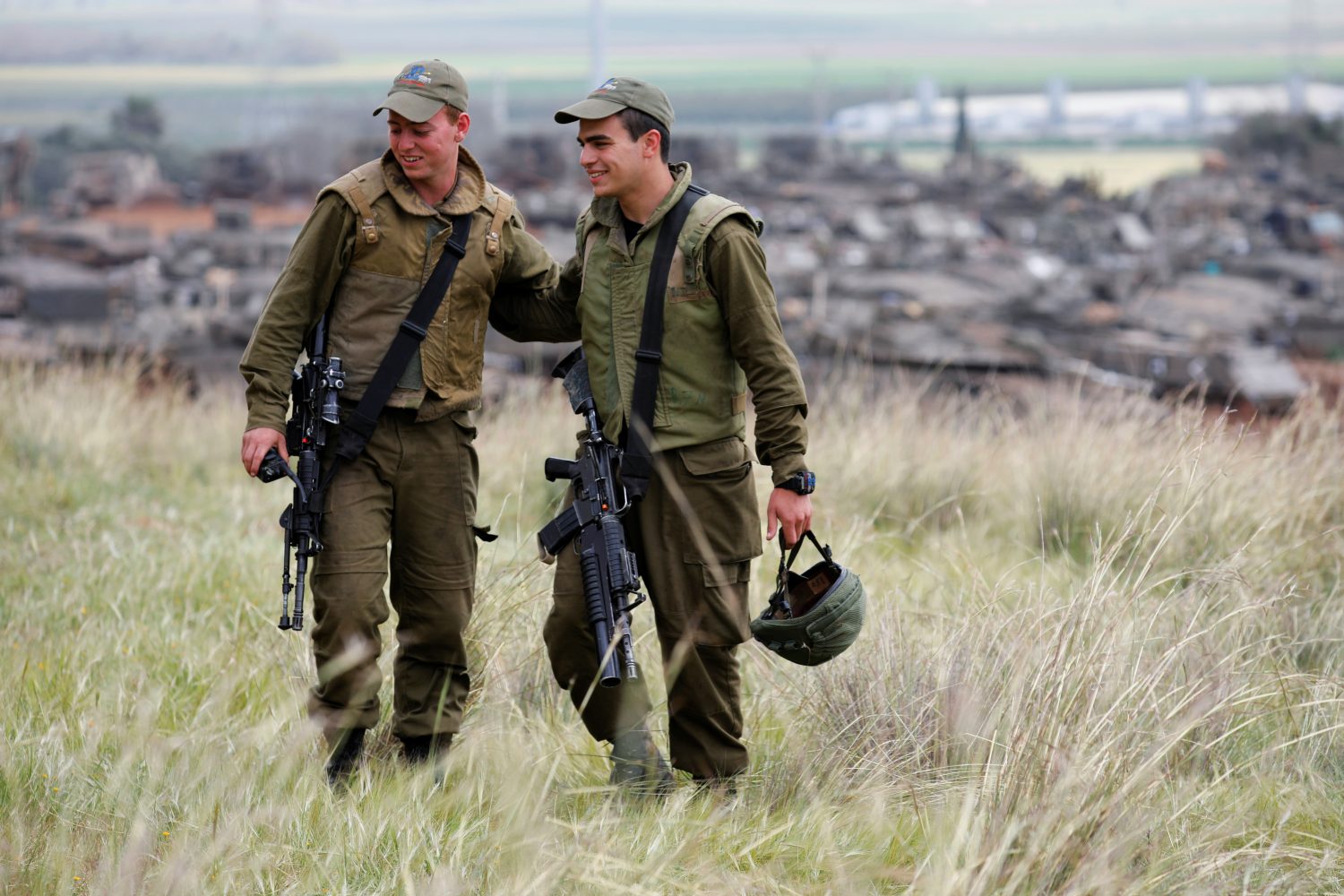 GAZA/JERUSALEM (Reuters) – Schools reopened in southern Israel and traffic clogged Gaza’s streets on Wednesday in signs of a pullback from the most serious escalation of cross-border fighting in months.

But while violence eased amid Egyptian mediation, Israeli forces and Palestinian militants were on hair-trigger footing, with rocket attacks from Gaza and Israeli air strikes in the enclave briefly resuming late on Tuesday after a day-long lull.

Despite dozens of rocket launchings and Israeli attacks, no deaths have been reported. Israel’s Iron Dome anti-missile interceptors have destroyed some of the rockets and Palestinian militants vacated facilities targeted in the air strikes.

Towns in southern Israel, where rocket-warning sirens have disrupted daily life since the current round of fighting began on Monday, reopened classrooms. In Gaza, schools were also operating and cars filled the streets.

The Gaza frontier remained tense, however, with Israeli troops and tanks deployed along the border. Both Israel and Gaza’s ruling Hamas militant group made clear that attacks by the other side would not be tolerated.

Even if the crisis subsides, it could shadow Israel’s April 9 election, in which right-wing Prime Minister Benjamin Netanyahu has campaigned on a tough security platform.

The latest fighting has added to tensions that were already building ahead of the first anniversary on March 30 of the start of weekly Gaza protests at the border. Some 200 Gazans have been killed and thousands wounded by Israeli fire during those protests, and one Israeli soldier has been killed.

Israel says its use of lethal force is meant to stop attempts to breach the border and launch attack on its troops and civilians.

The protesters are demanding the right to return to lands Palestinians fled or were forced to leave in Israel during fighting that accompanied its founding in 1948.

Seven Israelis were injured in Monday’s initial rocket attack that hit the village of Mishmeret, 120 km (75 miles) north of Gaza. No other casualties in Israel have been reported. Twelve Palestinians have been wounded by Israeli strikes, Gaza health officials said.

Egypt was expected to pursue further truce talks on Wednesday, said a Palestinian official involved in the efforts.

U.N. Middle East envoy Nickolay Mladenov told the Security Council on Tuesday he had been working with Egypt to secure a ceasefire and that a fragile calm had taken hold.

Security is a major issue for Netanyahu, in power for a decade and beset by corruption allegations that he denies. He is facing his strongest electoral challenge from a centrist coalition led by a former general.

In Dheisha refugee camp in the occupied West Bank, a 17-year-old Palestinian was shot dead by Israeli troops during clashes with stone-throwers, an ambulance service official said, identifying him as a volunteer wearing a paramedic uniform. The Israeli military had no immediate comment.