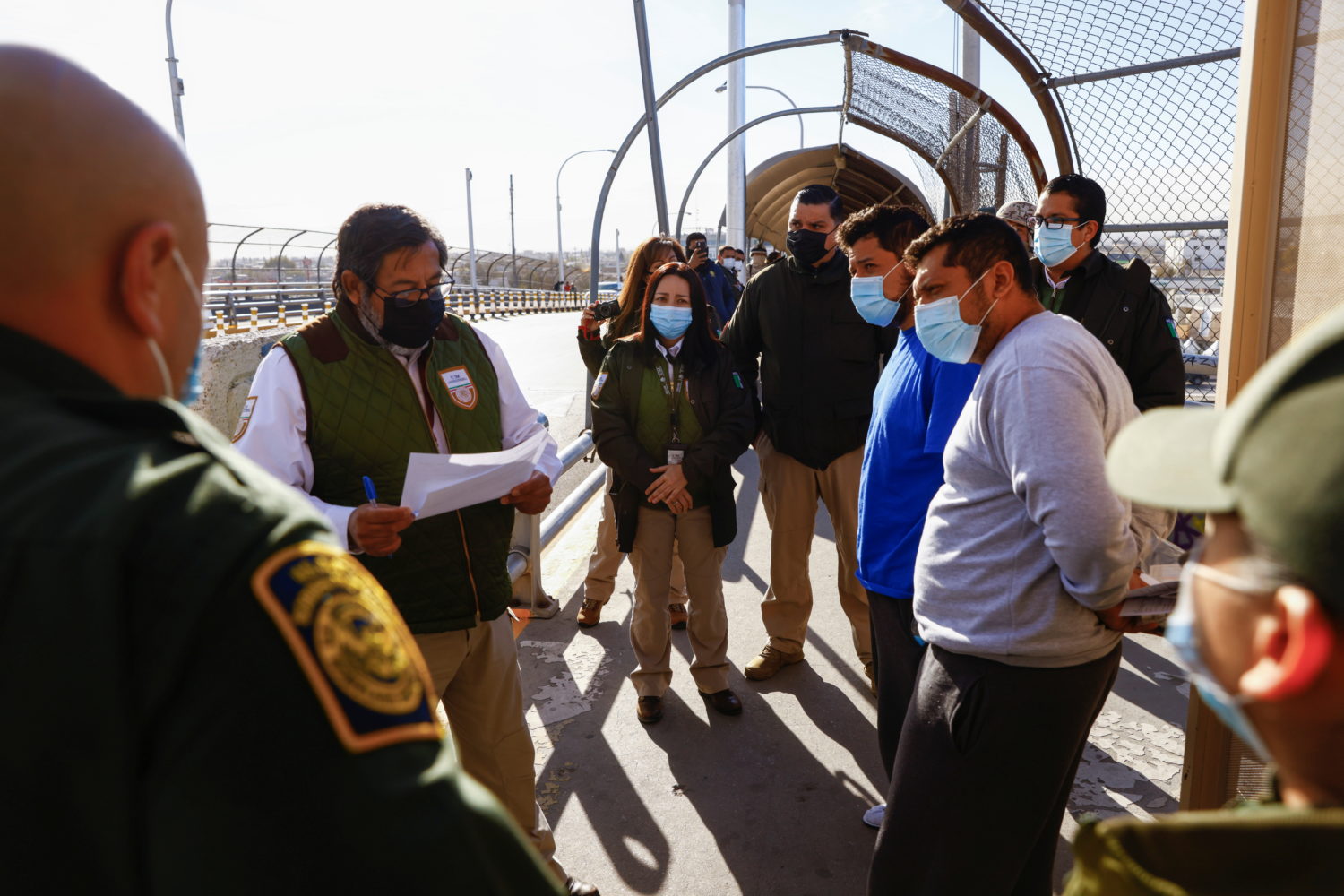 CIUDAD JUAREZ, Mexico (Reuters) -The United States has returned the first two migrants to Mexico since restarting a Trump-era program to remove asylum seekers from U.S. soil, officials said Wednesday, as the Biden administration grapples with pressure to curb immigration.

The United States and Mexico last week agreed to relaunch the controversial scheme known as Migrant Protection Protocols (MPP) that obliges asylum seekers to wait in Mexico for U.S. immigration hearings, in keeping with a federal court order.

Mexico made the restart conditional on Washington meeting certain criteria, including offering vaccines to asylum seekers and exempting vulnerable people from expulsion.

The first two migrants returned under the revamped scheme entered Mexico at a border crossing in Ciudad Juarez opposite El Paso, Texas, according to a spokesperson for the International Organization for Migration.

One of the two men, who identified himself as Enrique Manzanares from Nicaragua, said he felt a little sad, but gave thanks to God that he was still alive.

“In the end, nothing was lost,” Manzanares told Reuters. “Some of us make it, others don’t.”

A Mexican official confirmed the restart, saying it would be limited on Wednesday to just the two migrants.

A spokesperson for U.S. Customs and Border Protection (CBP) said the Department of Homeland Security began the court-mandated re-implementation of MPP at one location.

“For operational security reasons, DHS is not sharing details such as location of initial returns or number of individuals enrolled,” the CBP spokesperson said.

President Joe Biden, a Democrat, has struggled to reverse many hardline immigration policies put in place by his Republican predecessor, Donald Trump, and is facing a record number of migrant arrests at the U.S.-Mexico border.

Biden ended MPP soon after his inauguration in January as he sought to pursue what he called a more humane approach to immigration. But a federal judge ruled Biden’s move did not follow proper procedure, and in August ordered MPP reinstated.

Misael Hernandez, a migration expert at Mexican think tank COLEF, said Mexico faced a challenge coping with the new flow of expulsions, with many shelters in the north already struggling to handle increasing numbers of migrant arrivals from the south.

“This is a setback in immigration policy between Mexico and the United States,” he said. “And an example of Trump’s power in Congress and U.S. courts to go against Biden’s promises.”