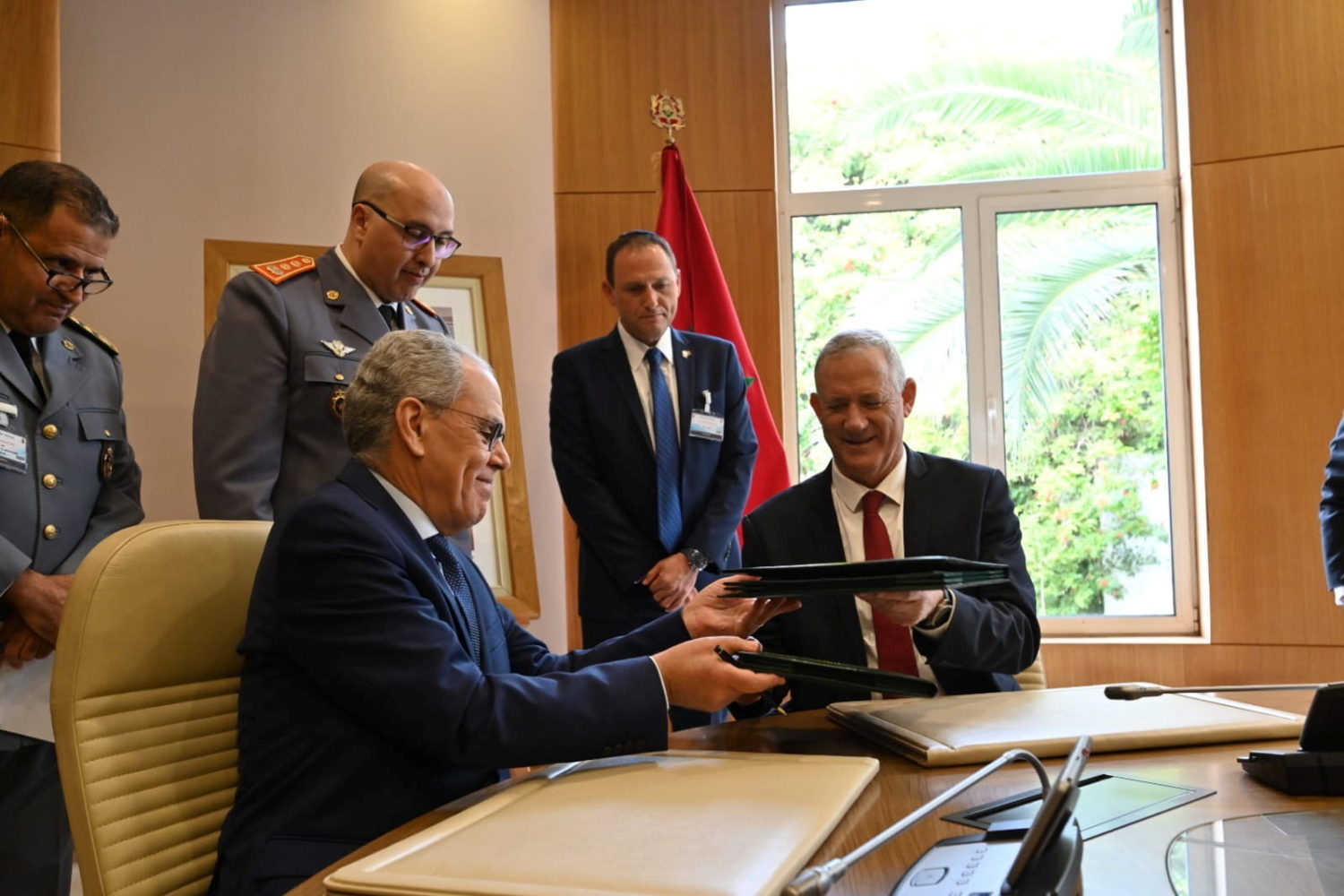 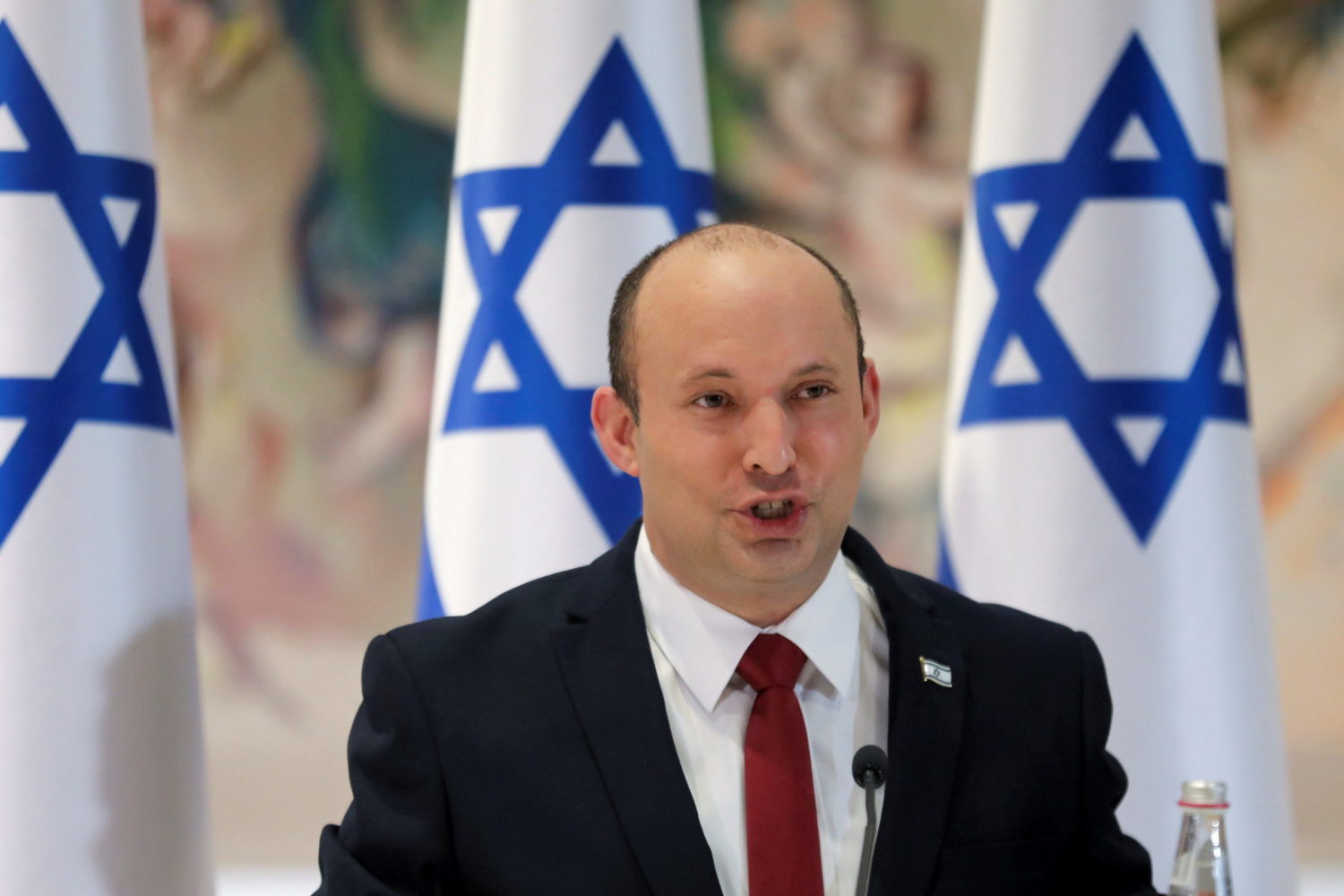 JERUSALEM (Reuters) -Israel will lend the cash-strapped Palestinian Authority more than $150 million after the sides held their highest-level meeting in years, Israeli officials said on Monday, while playing down prospects of any major diplomatic breakthrough.

Defense Minister Benny Gantz, who has overall responsibility for the Israeli-occupied West Bank, travelled to the Palestinian self-rule area of the territory for previously undisclosed talks on Sunday with President Mahmoud Abbas.

A source close to Israeli Prime Minister Naftali Bennett said the premier had approved the Gantz-Abbas meeting and deemed it a “routine” matter. “There is no diplomatic process with the Palestinians, nor will there be one,” the source told Reuters.

U.S.-sponsored talks on founding a Palestinian state stalled in 2014. The Gantz-Abbas meeting took place as Bennett, a nationalist who opposes Palestinian statehood, returned from his first talks with U.S. President Joe Biden in Washington.

Abbas coordinates West Bank security with Israel. Both sides are wary of Hamas Islamists who seized the Gaza Strip, another Palestinian territory, from Abbas in 2007.

But Israel chafes at stipends the PA pays to militants jailed or killed in attacks on Israelis. In a protest measure, the Bennett government last month withheld $180 million from 2020 tax revenues it collected on behalf of the PA. A Gantz spokeswoman said that policy was unchanged.

The 500 million shekel ($155 million) loan was meant to help “with vital PA functions” and would be repaid in 2022 out of future tax revenues collected by Israel, the spokeswoman said.

A White House statement said Biden, during his talks with Bennett on Friday, reiterated his support for a two-state solution to the Israeli-Palestinian conflict and “underscored the importance of steps to improve the lives of Palestinians”.

Bennett did not mention Palestinians in public remarks at the White House that focused largely on arch-enemy Iran’s nuclear program.

Gantz, a centrist in Bennett’s coalition government, has called in the past for resumption of a peace process with the Palestinians, who aspire to a state of their own in the occupied West Bank and Gaza Strip, with East Jerusalem as its capital. Israel captured those territories in the 1967 Middle East war.

But any renewed movement on the issue could shake the foundations of Bennett’s government of left-wing, rightist, centrist and Arab parties that in June ended the conservative Benjamin Netanyahu’s 12-year run as prime minister.

In a sign of friction within the coalition, Mossi Raz, a legislator from the left-wing Meretz party, said dismissal of prospects for renewed peace talks by the Bennett source was “outrageous.”

“A peace process is an Israeli interest,” Raz wrote on Twitter. 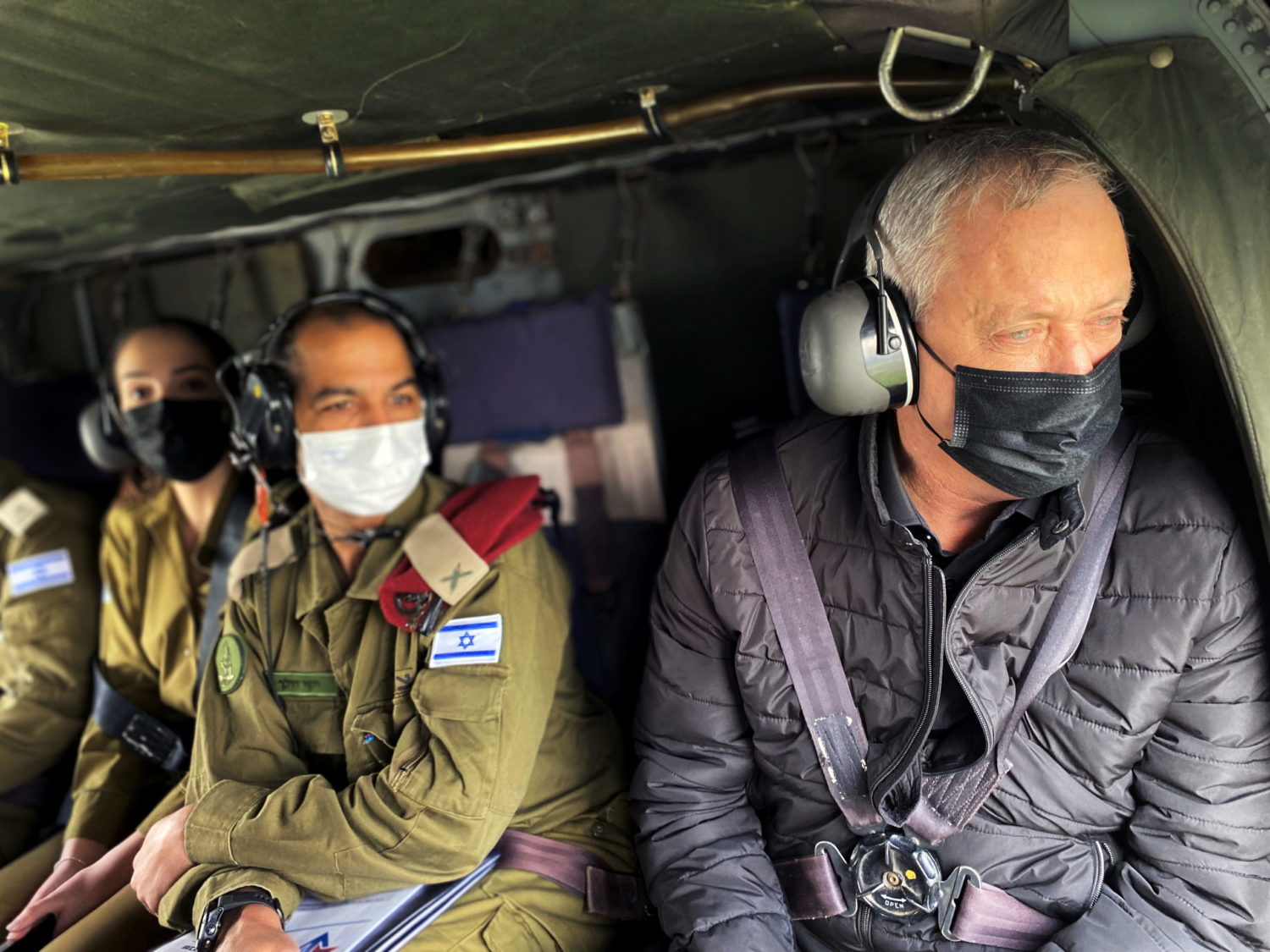 The United Arab Emirate and Bahrain established formal relations with Israel last year. As part of their U.S.-backed rapprochement, Israel and the UAE have proposed defense and military cooperation.

On a visit to an Israel-Gaza border crossing, Defense Minister Benny Gantz played down a report by public radio Kan that Israel was considering a defense agreement with Gulf Arab countries, but said security ties would be pursued.

“We have this process of setting up (a) special security arrangement, and within this arrangement we can continue and develop our relations,” he said.

Gantz declined to go into details on what such an arrangement would entail.

He signaled that Israel had no opposition to the sale, approved during former U.S. President Donald Trump’s last days in office, of 50 Lockheed Martin’s F-35 stealth jets to the UAE. The deal is now under review by U.S. President Joe Biden’s administration.

Asked about Israel’s view of the sale, Gantz said Israel’s “qualitative military edge” must be preserved by the United States, adding that the advanced warplane was already in the country’s arsenal.

On Monday, the UAE’s ambassador to Israel took up his post, pledging to build up new bilateral relations. Israel opened an embassy in Abu Dhabi in January.

Their so-called U.S.-brokered “Abraham Accords,” joined by Bahrain, have uncorked tourism and commerce between Israel and Gulf Arab countries. Palestinians have been critical of the rapprochement, worried that their own unmet statehood goal might be sidelined.