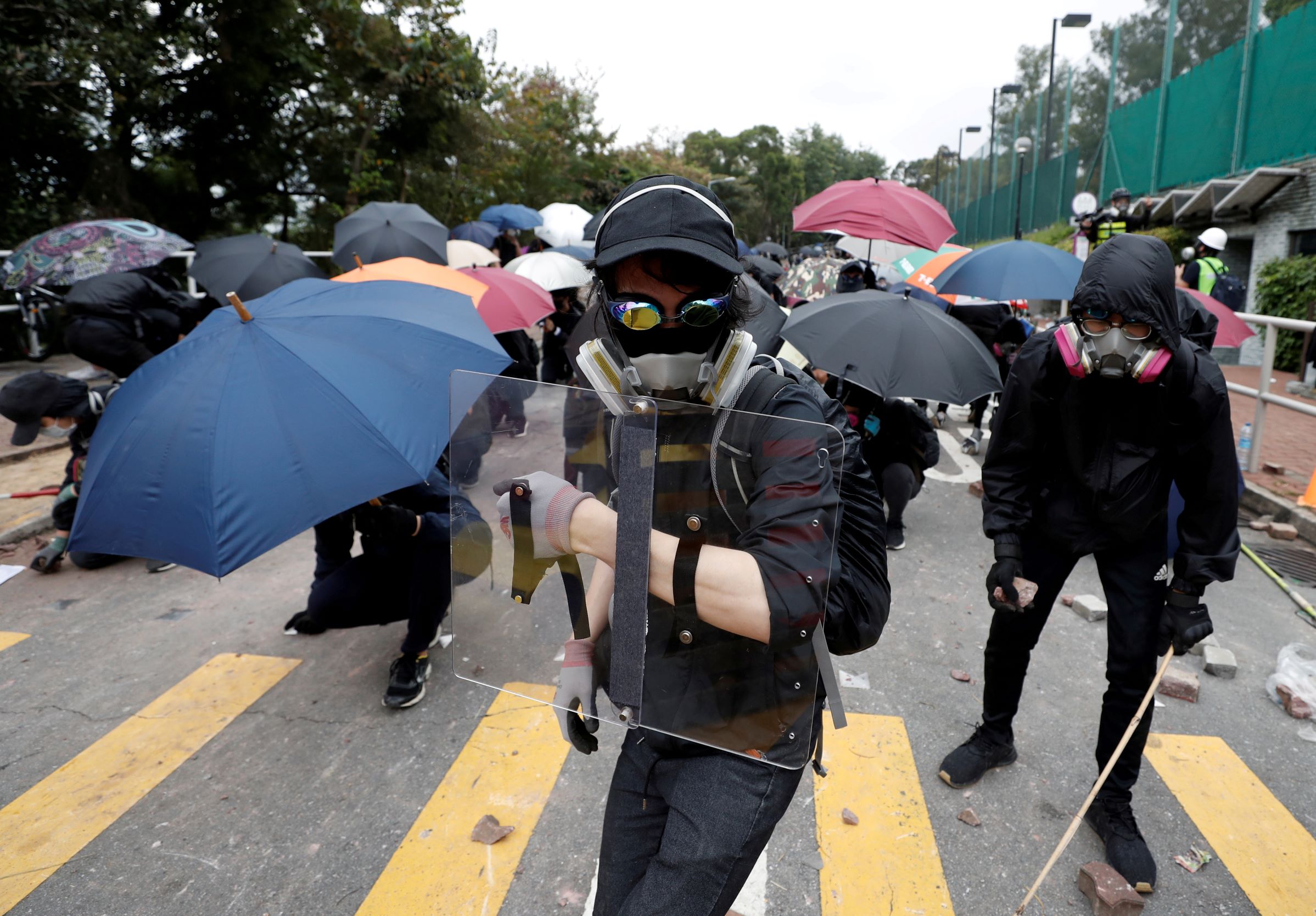 WASHINGTON (Reuters) – The U.S. Congress should enact legislation that would suspend the special economic status Hong Kong enjoys under U.S. law should China deploy forces to crush protests in the territory, a congressional advisory body said on Thursday.

The U.S.-China Economic and Security Review Commission (USCC), which is tasked with monitoring the national security implications of U.S. relations with Beijing, issued the call in its annual report among a series of tough proposals reflecting a “markedly more confrontational” relationship.

It said that, with Beijing seeking to build a “world class” military and warning of its willingness to take military action to defend its interests, Washington “must plan for worst-case scenarios, while trying to achieve the best ones.”

A push in the U.S. Congress for legislation to support pro-democracy protests in Hong Kong and pressure China to refrain from a violent crackdown has faced obstacles, raising questions about whether it will ever become law.

A Senate committee approved a similar measure in September but it has yet to be scheduled for a vote by the full body and the White House has not said whether President Donald Trump would sign or veto such a bill.

It also urged Congress to direct the State Department to develop specific benchmarks to measure the “high degree of autonomy” the territory is meant to enjoy from Beijing.

Two senior senators began a process on Thursday aimed at quickly passing the Senate bill, amid a surge in violence following months of protests in Hong Kong.

Jim Risch, the Republican chairman of the Senate Foreign Relations Committee, and Marco Rubio, another Republican who is a senior member of the panel, want to pass the bill by unanimous voice vote, but it remains unclear when that might happen.

On Taiwan, which Beijing views as a renegade province but which Washington is bound to help defend, the USCC called for a Pentagon study to form the basis of a 15-year plan of action to deter any attempt by Beijing to absorb the island by force.

It also called for legislation to direct the administration to increase military exchanges and training with Taiwan.

“Just as nations sought freedom from the iron grip of the Soviet system, we are bearing witness to aspirations in both Hong Kong and Taiwan which require our reconsideration of the commitments we made under the one-country, two-systems model,” USCC vice chair, Robin Cleveland, said in introducing the report.

The commission highlighted the deepening ties between China and Russia, and said Congress should seek an intelligence assessment of the effect this could have on the United States and its allies and on how to respond.

USCC recommendations are nonbinding but have become increasingly influential with policy makers. Its prescriptions are routinely denounced by Beijing. China’s Washington embassy did not immediately respond to a request for comment.

The report focused closely on Chinese leader Xi Jinping’s bid to tighten his and the Communist Party’s grip on power and argued he should be referred to as “general secretary” of that party, rather than by the “unearned title of ‘President.'”

The USCC said U.S.-China relations had deteriorated “significantly” in the past year, during which time both sides imposed retaliatory tariffs in a damaging trade war and Beijing stepped up efforts to promote itself as a global leader able to project military power beyond the Indo-Pacific, as well as into space.