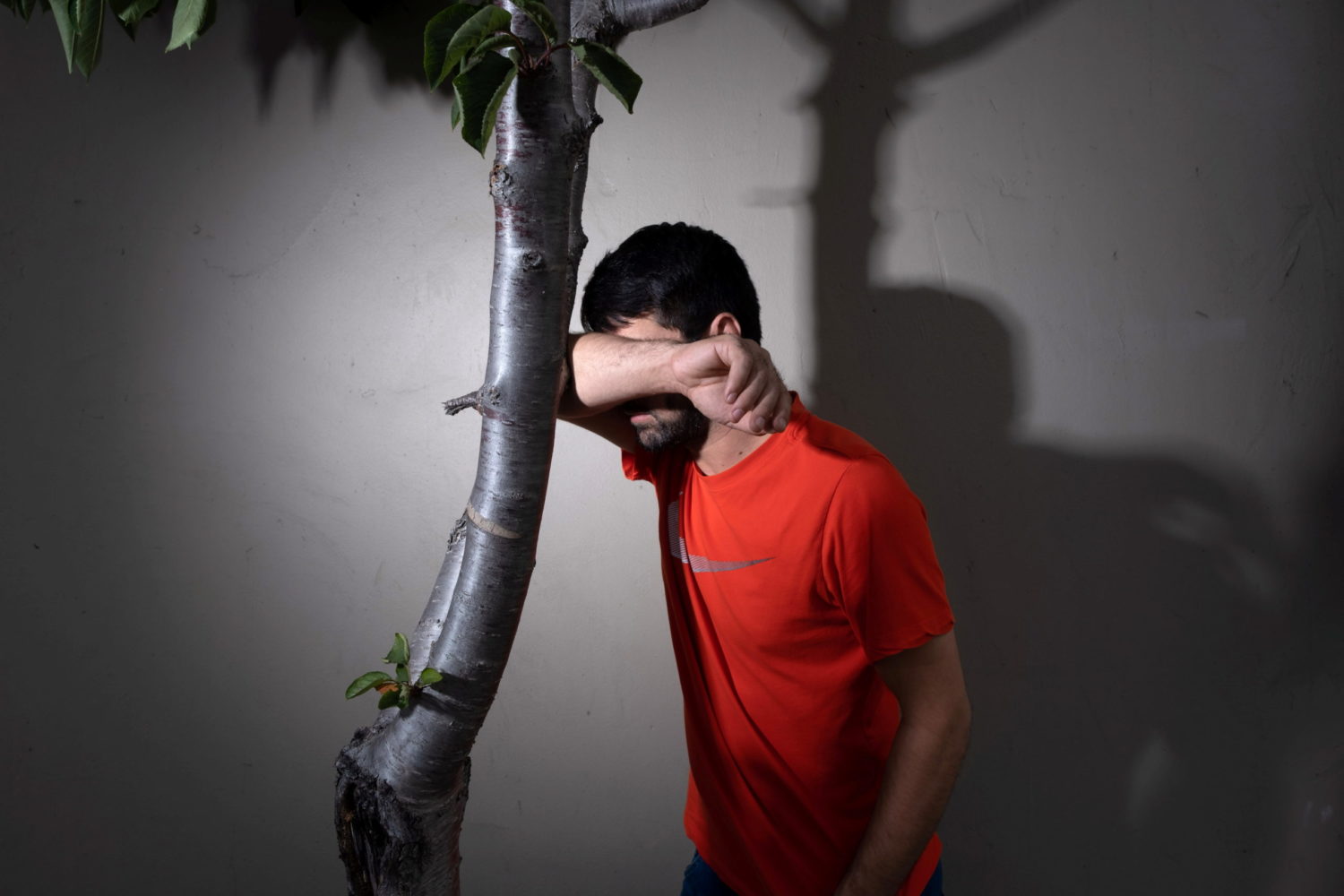 WASHINGTON (Reuters) -The desperate plea was sent via text message from one refugee advocate to another trying to aid frantic evacuations from Afghanistan: “Just got a call for a young mom with her two young kids,” it said, “She got through Taliban but being turned away by U.S. forces.”

The Afghan woman, a U.S. permanent resident who was in Afghanistan to visit family, and her U.S. citizen children were hoping to board a flight from Kabul to rejoin her husband in North Carolina on Thursday following the Taliban’s rapid takeover of the country.

It was her second attempt to leave Afghanistan after she and her small children were trampled in a stampede triggered by gunfire near the airport on Wednesday, advocates and the woman’s husband said in interviews, requesting anonymity for her safety.

Thousands of miles away in the United States, Jenny Yang from the refugee resettlement agency World Relief had so far been unable to reach U.S. authorities.

Yang’s last resort was a text message to Chris Purdy, a U.S. military veteran and project manager with the advocacy organization Human Rights First, hoping he could use personal government contacts to get her out.

Then they lost contact with the woman and her children.

The frenzied text messages are just one tactic in a sprawling improvised effort by current and former officials, military veterans, congressional staff members and advocacy groups across the United States to get vulnerable people out of Afghanistan, often without clear guidance from the U.S. government. Many are Afghans who worked with the U.S. military in the 20-year war and fear the Taliban will hunt them down.

Desperation on the ground has been exacerbated by a lack of coordination between U.S. military forces controlling the airport perimeter and the State Department, which is notifying U.S. citizens and eligible Afghans about departure flights.

After being injured in the first melee, the woman returned only to faint from a grueling seven-hour wait outside the airport gates. When she came to, she re-established contact with her husband and is now at home waiting for another opportunity to flee.

“Some of the most desperate people are going to be stuck, and will continue to be stuck, unless the State Department figures out a way to get this mess under control,” Yang said.

New York-based Human Rights First has collected tens of thousands of names of people in Afghanistan who may need to be evacuated. The group shares the list with the State Department.

While it remains unclear exactly how the U.S. government uses the information, some people on the list have boarded planes, Purdy said.

The network of people trying to aid the evacuation has shared tips to pass through Taliban checkpoints. Wear traditional clothing, keep eyes down and persist. “You have to try many, many times,” reads one tip sheet. “Be patient.”

One Afghan man disguised himself in a burka, a traditional female robe, to get through Taliban checkpoints as he traveled hundreds of miles to reach the airport in Kabul, Purdy said.

Democratic Representative Jason Crow, a former U.S. Army Ranger who served in Afghanistan, told Reuters that the Taliban have been using files from Afghanistan’s intelligence agency to round up Afghans who worked for the United States.

U.S. President Joe Biden has said that the United States expected to evacuate between 50,000 and 65,000 people from Afghanistan. That is fewer than the number eligible for safe harbor, according to estimates by advocates.

The Pentagon said on Thursday that in August roughly 12,000 American citizens, U.S. Embassy personnel, Special Immigrant Visa (SIV) applicants and others have been evacuated.

U.S. defense contractors are also working to get their current and former employees out of Afghanistan, with mixed results.

Abdul Noori, 29, arrived in the United States six years ago with SIV status because of his work as an interpreter for the U.S. military, he said. Last month, his older brother followed. But a third brother, who worked for a U.S. security contractor, had his visa interview scheduled for next week canceled as U.S. Embassy staff evacuated.

Stuck in Afghanistan, Noori’s brother sent screenshots of emails from his employer telling him to stay in a safe location. A senior manager wrote he was “doing everything in my absolute power” to get Afghan employees to the United States. The company confirmed the emails but asked not to be named due to security concerns.

Noori was not impressed with the effort. “If you want to help, get them papers, get them a visa,” he said.

No One Left Behind, a charitable organization that for years has helped relocate at-risk Afghans, has emerged as a central node in the growing informal network striving to evacuate people from Kabul. The group has raised more than $2.5 million for charter flights through a GoFundMe campaign, said James Miervaldis, chairman of No One Left Behind.

But Human Rights First said the U.S. government was not allowing charter flights out of Kabul.

Some in Congress are also working to get U.S. citizens and others out of Afghanistan, fielding requests from constituents and trying to coordinate with U.S. agencies to arrange flights.

“What’s abundantly clear is in the last week the evacuation has not gone the way that it should,” Crow, the U.S. lawmaker, said.

Crow, whose office fielded over 1,000 evacuation requests in the past four days, said people were emailing and texting passport photos and visa information to him. Informal chat groups shared details like which airport gates were open.

“We’re doing everything we can to help on the ground,” he said.