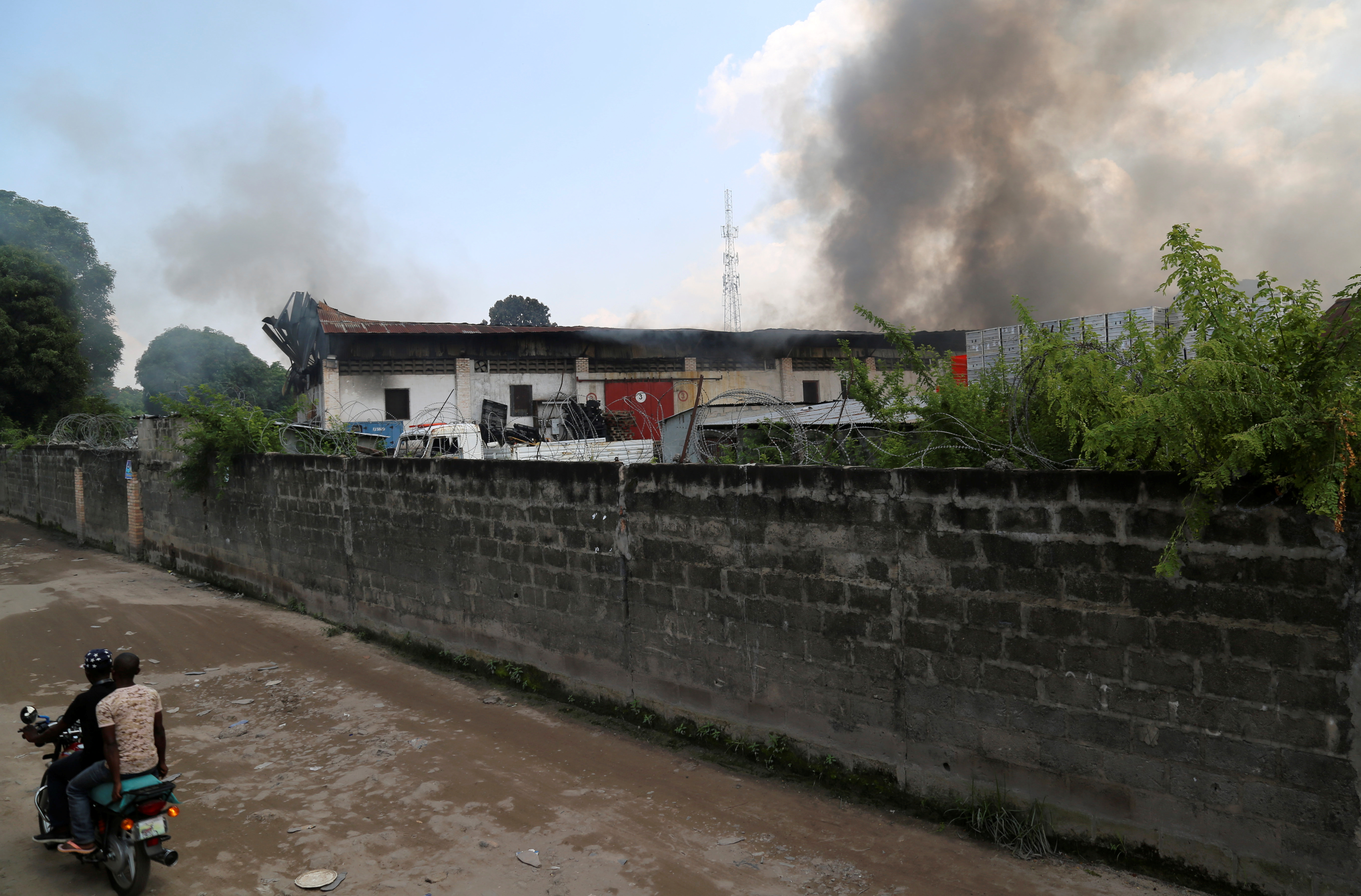 KINSHASA (Reuters) – A fire overnight at a warehouse in Congo’s capital destroyed thousands of voting machines and ballot boxes that were due to be used in the country’s long-delayed Dec. 23 presidential election, authorities said on Thursday.

Democratic Republic of Congo’s national electoral commission (CENI) said in a statement the blaze had destroyed 8,000 of 10,368 voting machines due to be used in the capital Kinshasa, but said the election would go ahead as scheduled.

CENI did not say who it believed to be responsible for the fire – which broke out about 2 a.m. (0100 GMT) in the Gombe riverside area of Kinshasa that is also home to President Joseph Kabila’s residence – but the ruling coalition and leading opposition candidates immediately traded accusations of blame.

“Over the course of this electoral campaign, (Fayulu) called on his supporters and sympathizers to destroy electoral materials,” the FCC said in a statement.

Fayulu rejected the charge and suggested that state security forces might have been behind the blaze.

“The fire erupted in a building guarded by the Republican Guard,” Fayulu told Reuters. “You understand today that the Kabila people do not want to organize elections.”

Felix Tshisekedi, the other leading opposition candidate, also suggested on local radio that the government was responsible. “How is it that what should be the best protected place in the republic at this time can burn so easily?” he said.

Barnabe Kikaya Bin Karubi, a Kabila adviser, said police guarding the warehouse had been arrested and that forensic police had launched an investigation.

Kabila, in power since his father’s assassination in 2001, is due to step down because of constitutional term limits. The vote has already been delayed by two years due to what authorities said were logistical challenges but the opposition said stemmed from Kabila’s reluctance to relinquish power.

This month’s highly anticipated vote could mark Congo’s first peaceful transition of power after decades marked by authoritarian rule, coups d’etat and civil wars in which around five million people are estimated to have died.

CENI president Corneille Nangaa told a news conference the destroyed equipment represented the materials for 19 of 24 voting districts in Kinshasa.

“Without minimizing the gravity of this damaging situation for the electoral process, CENI is working to pursue the process in conformity with its calendar,” Nangaa said.

Kikaya said voting machines from elsewhere in Congo would be recalled for use in Kinshasa, which is home to more than 15 percent of the Congolese population.

The introduction of the untested tablet-like voting machines for the election has been widely opposed by opposition candidates competing against Shadary.

They say the machines are more vulnerable to vote-rigging than paper and ink and could be compromised by the unreliability of Congos power supply.

The delay in the elections has coincided with a breakdown in security across much of the vast mineral-rich country. Militants fight over land and resources in the east near the border with Uganda and Rwanda.

Campaigning over the past three weeks has been mostly peaceful, though deadly clashes erupted between police and opposition supporters this week in the southeast.