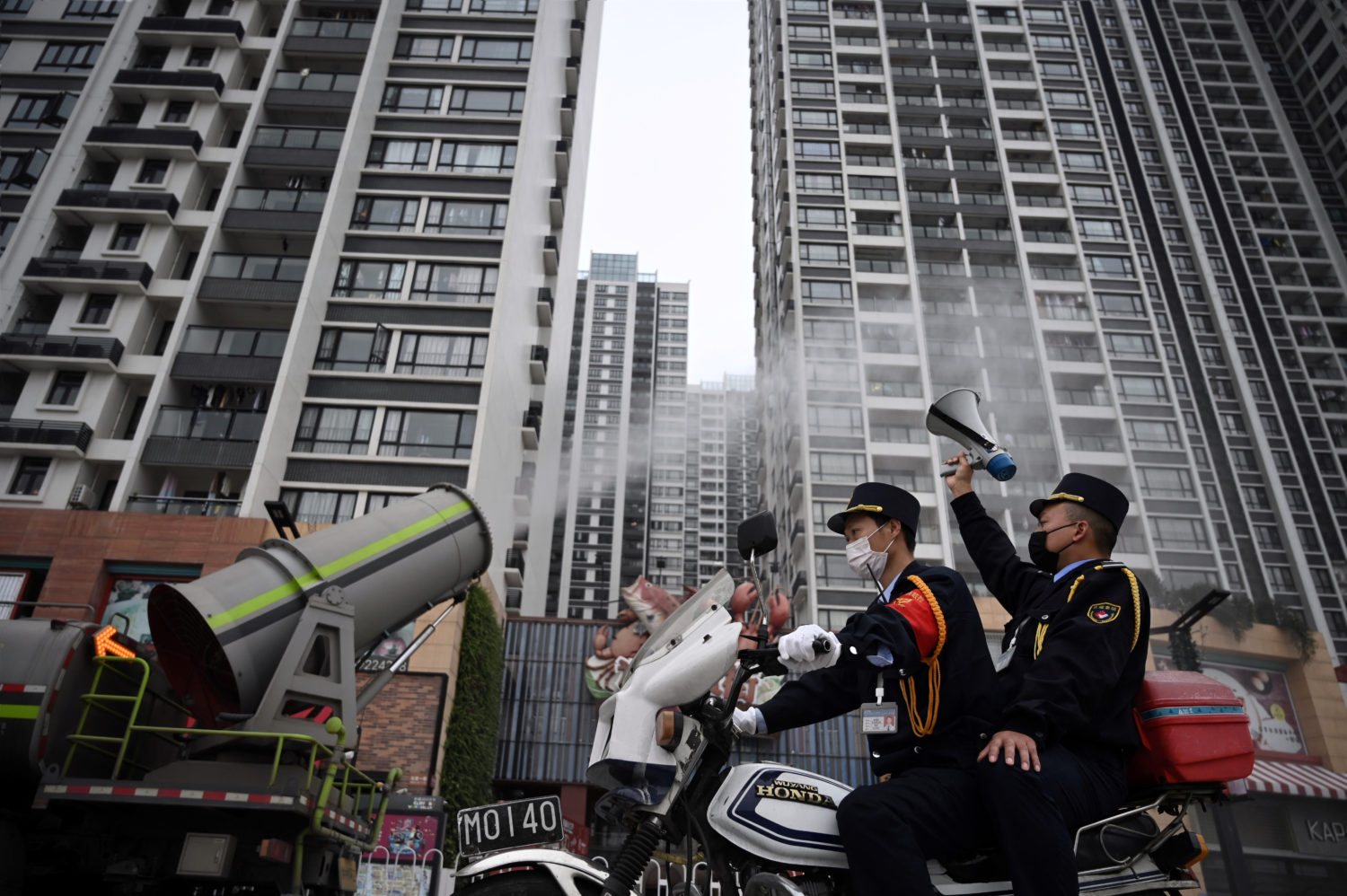 By Winni Zhou and Dominique Patton

BEIJING (Reuters) – The Chinese province at the epicentre of the coronavirus outbreak reported a record rise in deaths and thousands more cases on Thursday under a new diagnostic method, raising fresh questions about the scale of the crisis.

The sharp rise in the headline number of deaths and infections unnerved world markets, as traders halted a recent rally in stocks and retreated back to the safety of government bonds and gold.

Health officials in China’s central province of Hubei said 242 people had died from the flu-like virus on Wednesday, the fastest rise in the daily count since the pathogen was identified in December.

That took total deaths in China from the newly discovered virus to 1,367, up 254 from the previous day, the National Health Commission said.

For all related coverage on the outbreak, click: https://www.reuters.com/live-events/coronavirus-6-id2921484

For related Reuters graphics on the new coronavirus, click: https://tmsnrt.rs/2GVwIyw

The spike in numbers came a day after markets were cheered when China reported its lowest number of new cases in two weeks, bolstering a forecast by the country’s senior medical adviser that the epidemic could end by April.

Hubei had previously only allowed infections to be confirmed by RNA tests, which can take days to process. RNA, or ribonucleic acid, carries genetic information allowing for identification of organisms like viruses.

As a result, another new 14,840 cases were reported in the central province on Thursday, from 2,015 new cases nationwide a day earlier. But excluding cases confirmed using the new methods, the number of new cases rose by only 1,508.

About 60,000 people have now been confirmed to have the virus, the vast majority of them in China.

The new diagnostic procedure could explain the spike in deaths, said Raina McIntyre, head of biosecurity research at the Kirby Institute at the University of New South Wales.

“Presumably, there are deaths which occurred in people who did not have a lab diagnosis but did have a CT,” she told Reuters. “It is important that these also be counted.”

The new testing is only being used in Hubei, officials said.

Under the new system, suspected cases were being confirmed, and if the number of deaths did not rise as fast, that would mean the disease was less deadly than thought, said Dr Eyal Leshem of the Tel Aviv University School of Medicine.

“The real mortality rate of the disease may be lower,” Leshem said.

Consultancy Capital Economics said the surge did not necessarily point to an acceleration in the spread of the virus but rather that official figures had been understating its prevalence.

“For now, the latest figures don’t appear to undermine the recent tentative signs that the spread of the virus may be slowing,” it said.

Frank Benzimara, head of Asia Equity Strategy, at Society Generale in Hong Kong, said the new figures had not sparked panic in financial markets: “It can be seen as an exercise of transparency.”

The outbreak, which is believed to have emerged late last year from a market in Wuhan where wildlife was traded illegally, is one of the biggest tests facing the Chinese government in years and blame has fallen on provincial leaders.

Media did not give a reason for the dismissals, but the two are the most high-profile officials to be removed from duty since the outbreak began.

The World Health Organization (WHO) said on Wednesday the number of infections in China had stabilised but it was too early to say the epidemic was slowing.

Chinese scientists are testing two antiviral drugs and preliminary clinical trial results are weeks away, but a vaccine could take 18 months to develop.

Hundreds of infections have been reported in more than two dozen other countries and territories, but only two people have died from the virus outside mainland China – one in Hong Kong and one in the Philippines.

The biggest cluster of cases outside China is on a cruise ship quarantined off the Japanese port of Yokohama, where a further 44 cases were reported on Thursday. In all, 219 of about 3,700 people on board have tested positive.

There was a happy ending for another cruise ship, the MS Westerdam, which docked in Cambodia after being denied docking rights in Guam, Japan, the Philippines, Taiwan and Thailand over fears that one of its 1,455 passengers and 802 crew might have the virus, even though none had tested positive.