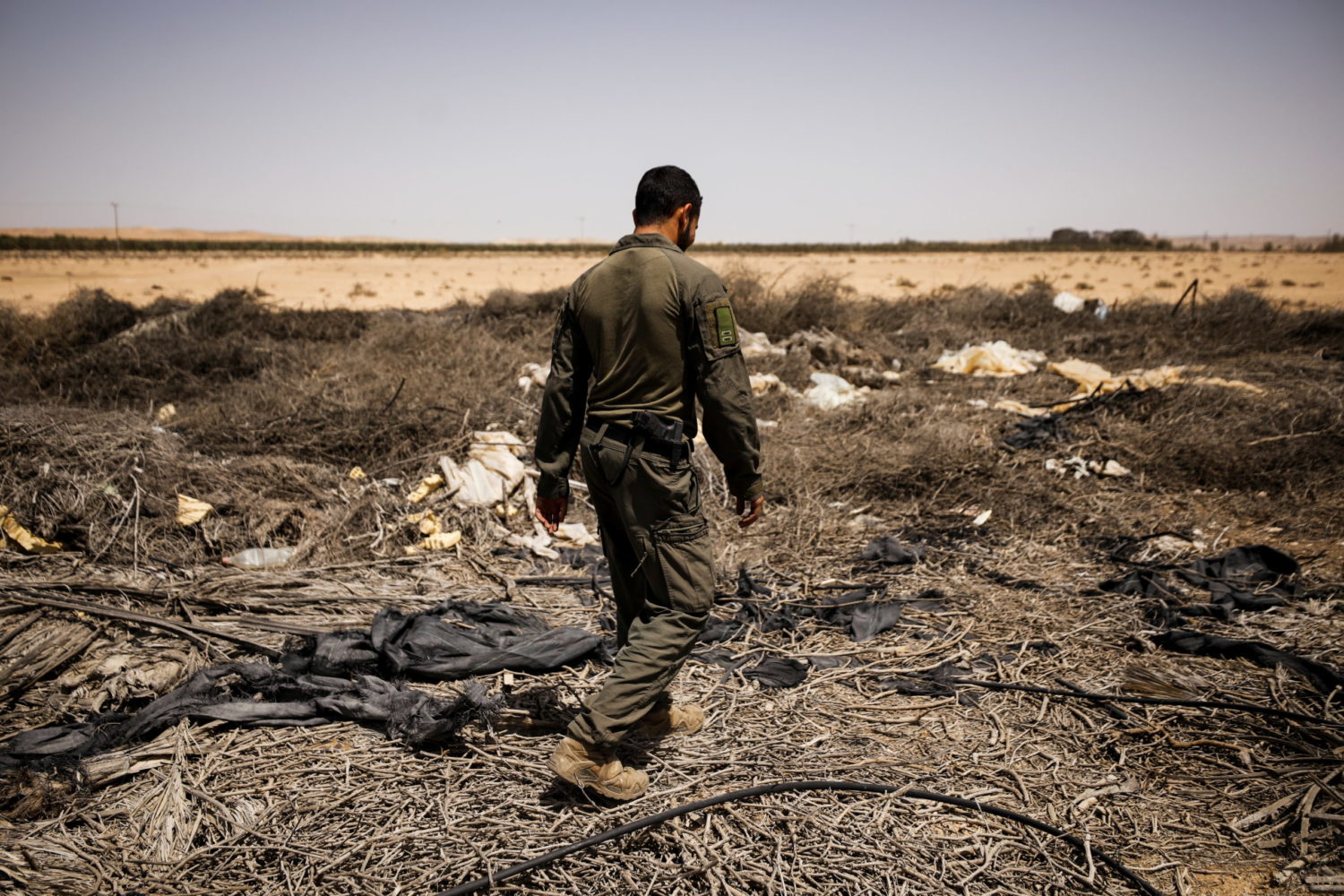 By Dan Williams and Jeffrey Heller

JERUSALEM (Reuters) -A Syrian missile exploded in southern Israel on Thursday, the Israeli military said, in an incident that triggered warning sirens near the secretive Dimona nuclear reactor and an Israeli strike in Syria.

An Israeli military spokesman identified the projectile as an SA-5 surface-to-air missile fired by Syrian forces against Israeli aircraft. He said it overflew its target to reach the Dimona area, 200 km (125 miles) south of the Syrian border.

The missile did not hit the reactor, exploding some 30 km (19 miles) away, the spokesman added.

The sirens that sounded overnight in the Dimona area followed weeks of heightened tension between Israel and Iran, a close ally of Syrian President Bashar al-Assad, amid renewed global negotiations over Tehran’s nuclear program.

For weeks, Israeli media have said air defenses around the Dimona reactor and the Red Sea port of Eilat were being strengthened in anticipation of a possible long-range missile or drone attack by Iranian-backed forces.

In public remarks on Thursday’s incident, Israeli Defense Minister Benny Gantz said the anti-aircraft missile was fired from Syria during an Israeli strike there against “assets that could be used for a potential attack against Israel”.

Gantz said Israel’s anti-missile systems had attempted to intercept the SA-5 but were unsuccessful.

“In most cases, we achieve other results. This is a slightly more complex case. We will investigate it and move on,” he said. Israeli security sources said the missile exploded in mid-air.

In response, Israel launched further overnight attacks inside Syria, the military spokesman said, targeting several missile batteries, including the one that fired the SA-5.

Syria’s state news agency said the country’s air defense system intercepted Israeli rockets over the suburbs of Damascus “and downed most of them”. Four soldiers were injured and there was some material damage, it said.

A Syrian military defector said the Israeli strikes targeted locations near the town of Dumair, some 40 km (25 miles) northeast of the capital, where Iranian-backed militias have a presence. It is an area hit repeatedly in past Israeli attacks.

Addressing the likelihood of a Syrian anti-aircraft missile overshooting its target and flying a long distance into Israel, Uzi Rubin, an Israeli missile expert, said the scenario was “consistent with the characteristics” of an SA-5.

“The trajectory of a stray anti-aircraft missile on an unintended descent is very tricky to track,” he told Reuters.

“Israel’s air defense systems are in theory capable of carrying out such an interception with proper preparation, but it would be at the edge of the capability envelope.”