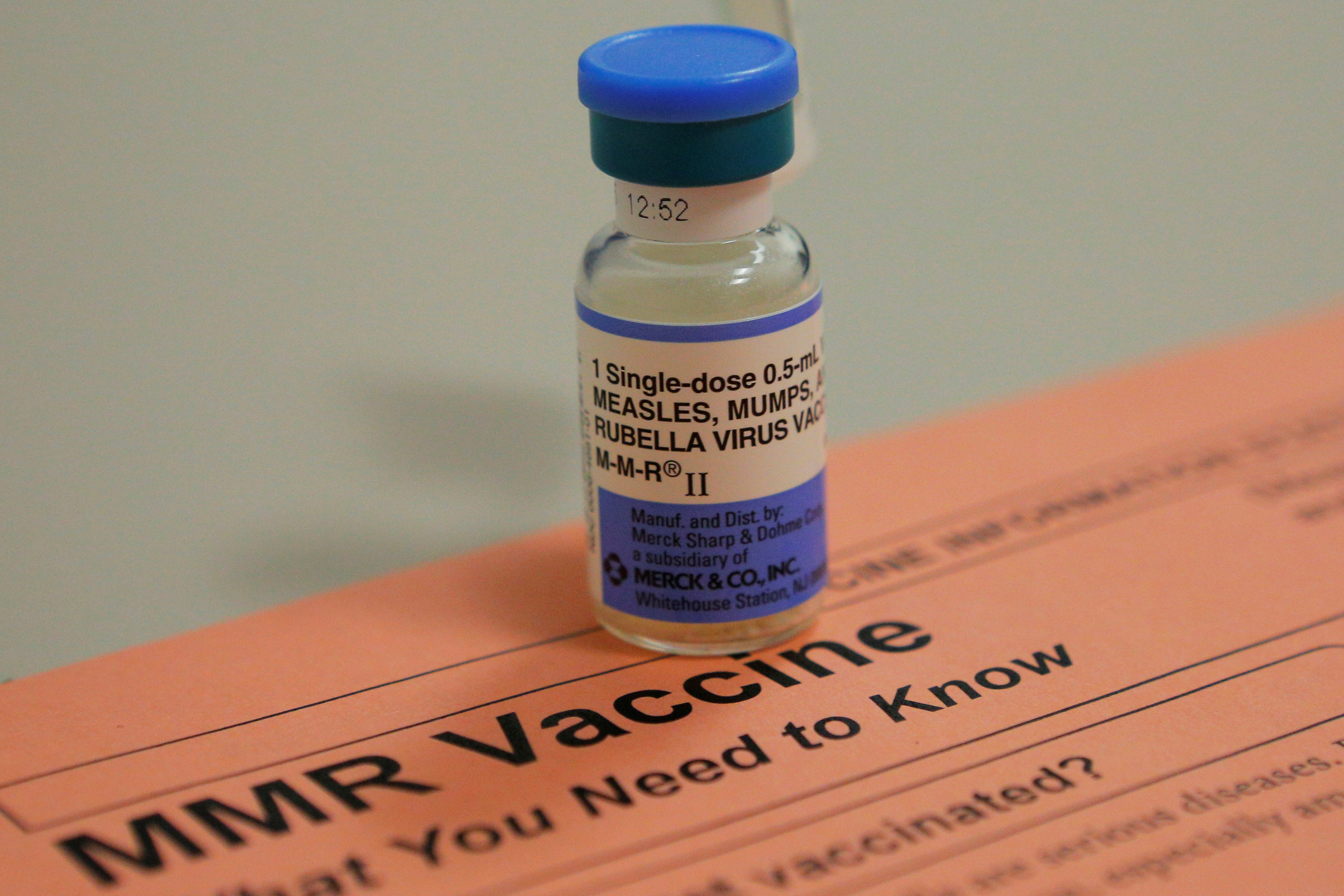 LONDON, June 19 (Reuters) – Trust in vaccines – one of the world’s most effective and widely-used medical products – is highest in poorer countries but weaker in wealthier ones where skepticism has allowed outbreaks of diseases such as measles to persist, a global study found on Wednesday.

France has the least confidence of any country in the world in the safety and effectiveness of vaccines, with a third believing that vaccines are unsafe, according to the study.

While most parents do choose to vaccinate their children, varying levels of confidence expose vulnerabilities in some countries to potential disease outbreaks, the study’s authors said, recommending that scientists need to ensure people have access to robust information from those they trust.

Public health experts and the World Health Organization (WHO) say vaccines save up to 3 million lives every year worldwide, and decades of research evidence consistently shows they are safe and effective.

But to achieve “herd immunity” to protect whole populations, immunization coverage rates must generally be above 90% or 95%, and vaccine mistrust can quickly reduce that protection.

“Over the last century, vaccines have made many devastating infectious diseases a distant memory,” said Charlie Weller, head of vaccines at the Wellcome Trust health charity, which co-led the Wellcome Global Monitor study.

“It is reassuring that almost all parents worldwide are vaccinating their children. However, there are pockets of lower confidence in vaccines across the world.”

The spread of measles, including in major outbreaks in the United States, the Philippines and Ukraine, is just one of the health risks linked to lower confidence in vaccines.

In Afghanistan and Pakistan, false rumors about polio vaccines being part of a Western plot have in recent years hampered global efforts to wipe out the crippling disease.

The study, led by Wellcome and polling company Gallup, covered 140,000 people from more than 140 countries.

It found 6% of parents worldwide – equivalent to 188 million – say their children are unvaccinated. “The highest totals were in China at 9%, Austria at 8% and Japan at 7%.”

Seth Berkley, chief executive of the not-for-profit GAVI vaccine alliance, said the report showed a “worrying number of people” questioning vaccine safety. But by focusing on the “vocal minority” who refused to vaccinate, it was easy to forget that the vast majority trusted vaccines and the science that underpinned them.

The study also found that three-quarters of the world’s people trust doctors and nurses more than anyone else for health advice and that in most parts of the world, more education and greater trust in health systems, governments and scientists is a also sign of higher vaccine confidence.

In some high-income regions, however, confidence is weaker. Only 72% of people in North America and 73% in Northern Europe agree that vaccines are safe. In Eastern Europe, it is just 50%.

Heidi Larson, director of the vaccine confidence project at the London School of Hygiene and Tropical Medicine, worked with researchers on this study. She said it “exposes the paradox of Europe” which, despite being a region with among the highest income and education levels, also has the world’s highest levels of vaccine skepticism.

In poorer regions, trust levels tend to be much higher, with 95% in South Asia and 92% in Eastern Africa feeling confident that vaccines are safe and effective. 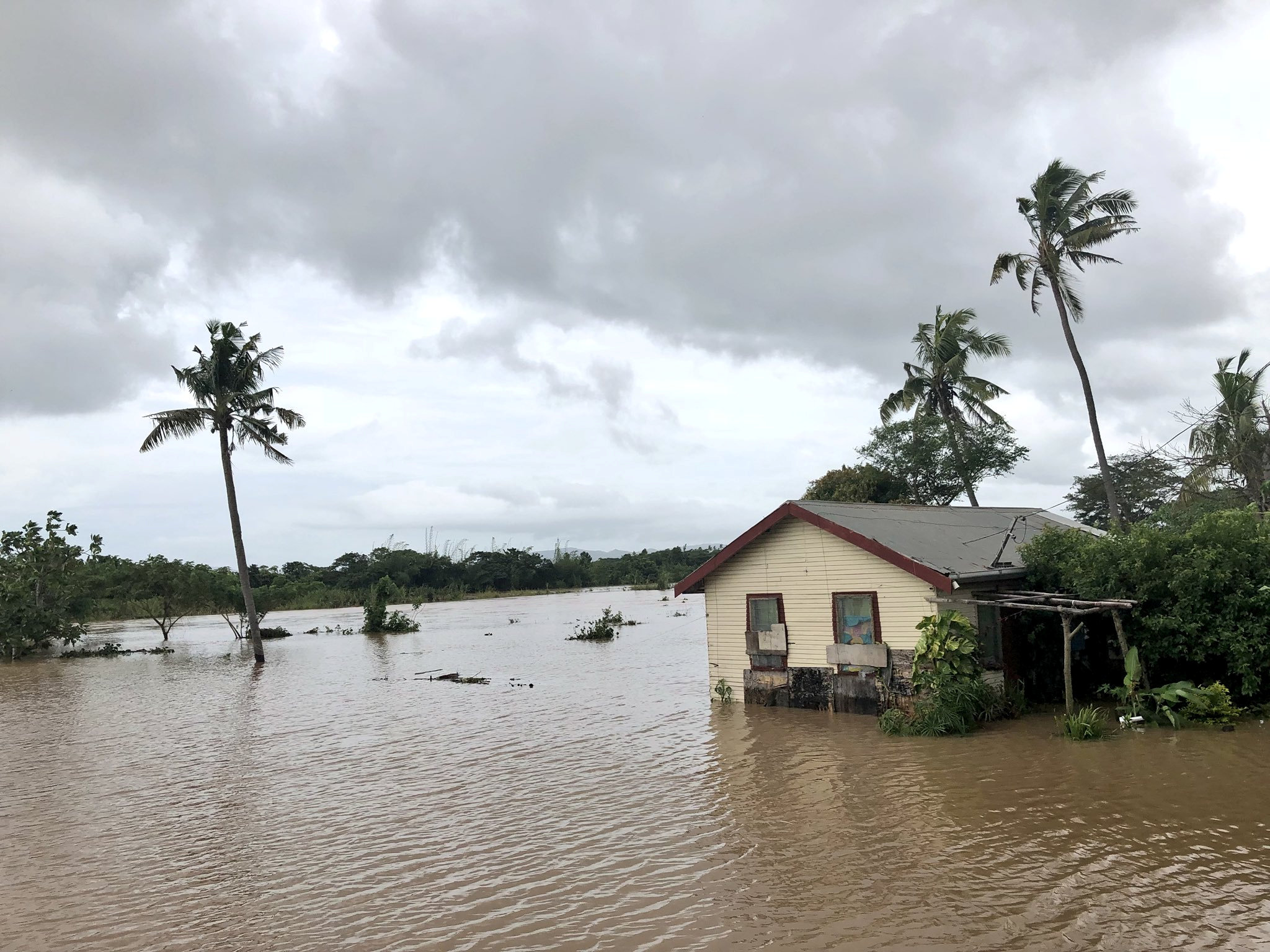 SYDNEY (Reuters) – Floods caused by a tropical cyclone that brought torrential weekend rains to the Pacific island nation of Fiji have killed four people, with another presumed drowned, a disaster management official said on Monday. 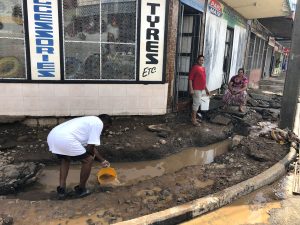 Four bodies had been retrieved and authorities do not expect that the missing person survived, said Anare Leweniqila, the director of the Fiji National Disaster Management Office.

“The death toll will go to five when we find their body,” he told Reuters by telephone.

He said 1,873 people sheltering in 35 evacuation centers would not be able to return home until mosquito spraying was completed.

“In two to three days people can go home after the clean-up and the vector spraying for diseases in the worst affected areas,” Leweniqila added.

The Fiji Meteorological Service warned of heavy rain expected on Monday afternoon in Fiji and surrounding islands, as Tropical Cyclone Josie moved away in a south-southeast direction.

Leweniqila said the authorities did not envisage any more flooding as the water level was receding even after heavy rain, but that road damage had been extensive.

Up to 74 roads were closed due to flooding.

In February, Fiji escaped without deaths or widespread damage when Gita, a category 4 tropical cyclone, lashed the country with winds of up to 275 km per hour (171 mph). 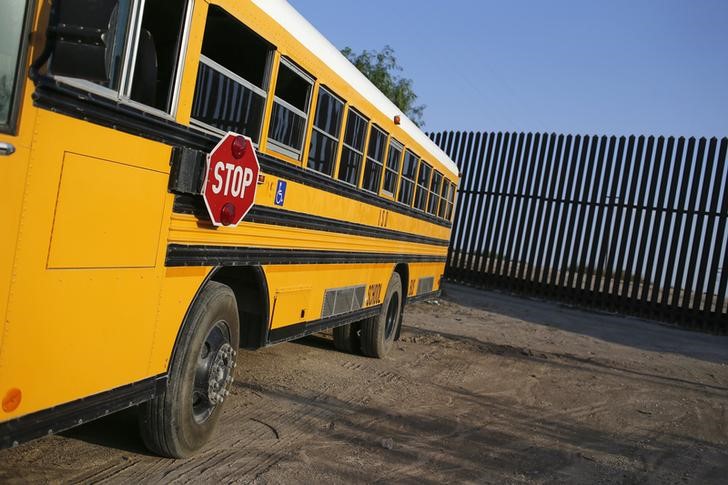 While almost 80 percent of school districts nationwide have plans to help students and staff with special needs during an emergency situation, only about 68 percent have protocols to reunite children with their families after disaster strikes, according to the report from the U.S. Centers for Disease Control and Prevention (CDC).

Roughly 69 percent of school districts have procedures set up to cope with pandemic influenza or other infectious disease outbreaks and to offer mental health support to students, faculty and staff after a crisis, the report also found.

“Schools have direct contact with approximately 95 percent of America’s children between 5 and 17 years of age, for about six hours a day, and are active partners in infectious disease prevention and control and in the unfolding of any emergency event such as floods or hurricanes,” said lead report author Brenda Silverman of the CDC.

“Because children are separated from their caregivers while attending school, school preparedness plans need to reflect children’s unique needs with an emphasis on family reunification,” Silverman added by email.

Respondents were asked whether the school district required schools to have a comprehensive plan in place to address four specific topics: family reunification, infectious disease outbreaks, provisions for people with special needs and mental health care after a crisis.

On all fronts, urban school districts were more likely to require plans than their rural counterparts.

Districts were less likely to coordinate emergency plans with families than with local law enforcement and emergency service providers, the report found.

About 43 percent of districts nationwide collaborated with families to develop preparedness, response and recovery plans.

Almost 95 percent of districts partnered with law enforcement, however, and 92 percent coordinated with fire officials.

While about 83 percent of districts coordinated with local emergency medical service providers, just 41 percent collaborated with a local hospital and 66 percent partnered with the local health department.

One limitation of the report is that the survey included “yes or no” responses that didn’t leave room for districts to explain the relevance of certain topics in their preparedness plans or identify areas for improvement, the authors note.

In addition, because the survey is only done every six years, it’s possible that the data from 2012 doesn’t reflect current practices or policies.

Still, the findings suggest that at least some school children may be vulnerable in an emergency, said Dr. Laura Faherty, a pediatrics researcher at RAND Corporation in Boston who wasn’t involved in the report.

“Schools are where kids spend the majority of their day, but they don’t exist in isolation,” Faherty said by email. “Coordination among health departments, healthcare settings, law enforcement, first responders, mental health and social services agencies, as well as families, is critical to making sure children are as safe as possible.”

The results of poor planning can be dire, said Dr. Daniel B. Fagbuyi, a researcher at George Washington University in Washington, D.C., who wasn’t involved in the report.

“When schools aren’t fully prepared for a disaster life altering consequences may occur including increased morbidity and mortality,” Fagbuyi said by email. “Conversely, disaster preparedness activities at the school and in collaboration with community and parents fosters confidence, community resilience and can save lives.”