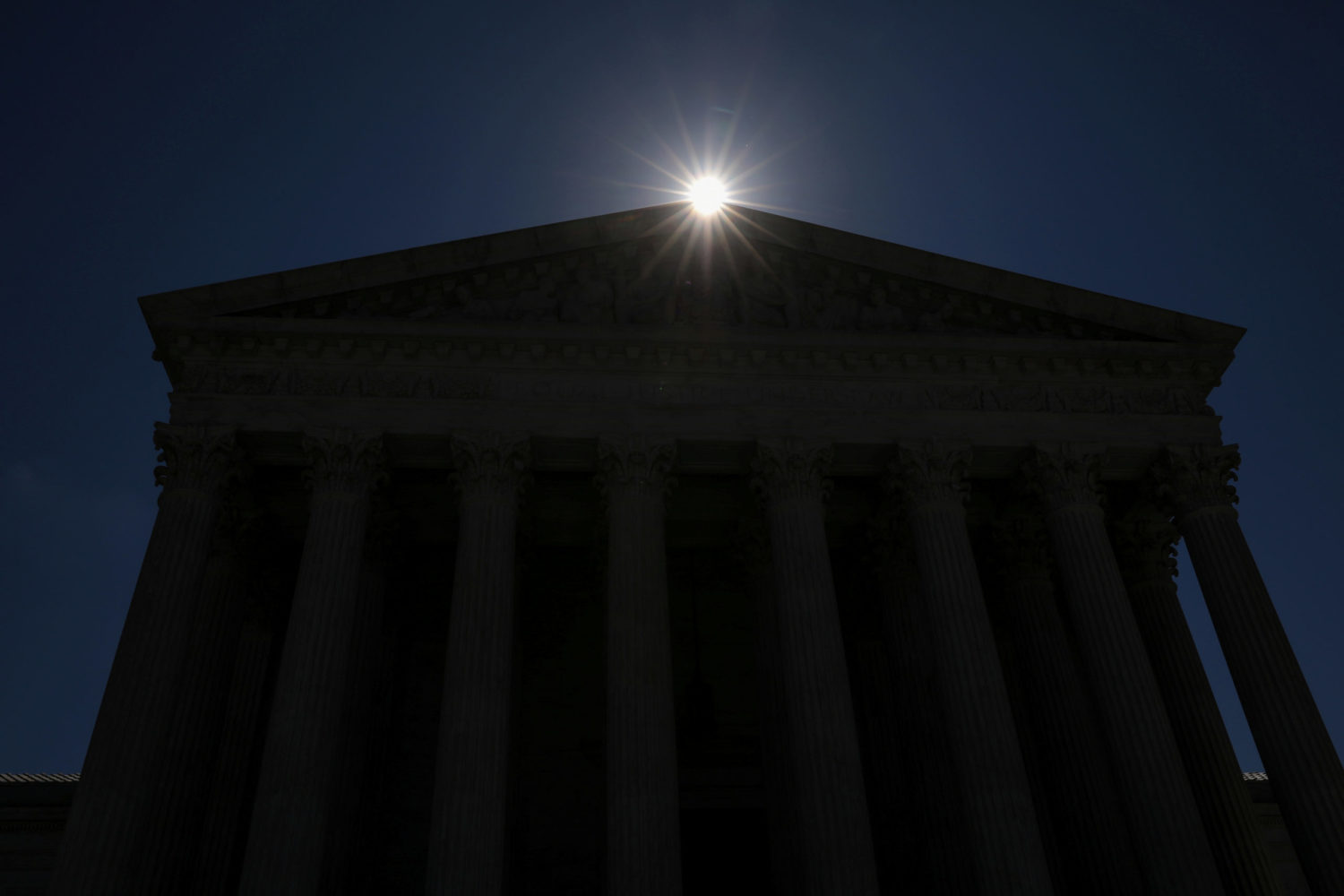 (Reuters) – The U.S. Supreme Court on Tuesday temporarily blocked a lower court ruling that had opened the door to a ballot measure in Oregon to create an independent commission to redraw electoral district lines in the state.

The justices granted a request by Oregon officials to put on hold a July 10 injunction by U.S. District Judge Michael McShane in Eugene that had ordered the state to reduce the number of signatures needed to place the measure on the November ballot amid the coronavirus pandemic.

Two of the nine justices, liberals Bader Ginsburg and Sonia Sotomayor, said they would have left the lower court’s order in place.

The commission proposed in Oregon would draw electoral maps for both chambers of the state legislature and for U.S. House of Representatives seats.

The justices again sided with state officials opposed to changing election-related rules during the pandemic. In July, they blocked a lower court ruling that would have eased the path to an education-related ballot initiative in Idaho.

In June, they rejected a bid to direct Ohio to accept electronic signatures from residents seeking to place voter initiatives, including one to raise the state’s minimum wage, on the ballot.

Voting rights groups and the committee seeking to establish the nonpartisan commission sued Oregon, saying the signature requirement and deadline would effectively bar the measure from the November ballot, violating their right to free speech under the U.S. Constitution’s First Amendment.

On July 23, the San Francisco-based 9th U.S. Circuit Court of Appeals refused to put McShane’s injunction on hold while the litigation continues, prompting Oregon’s Democratic attorney general to appeal to the Supreme Court.

Nearly 150,000 signatures were needed by a July 2 deadline for the initiative to be placed on the ballot, but its backers said the pandemic had made it difficult to gather that many. McShane had ordered the state either to allow the ballot initiative outright or to extend the deadline to Aug. 17 and lower the signature threshold to just under 59,000.