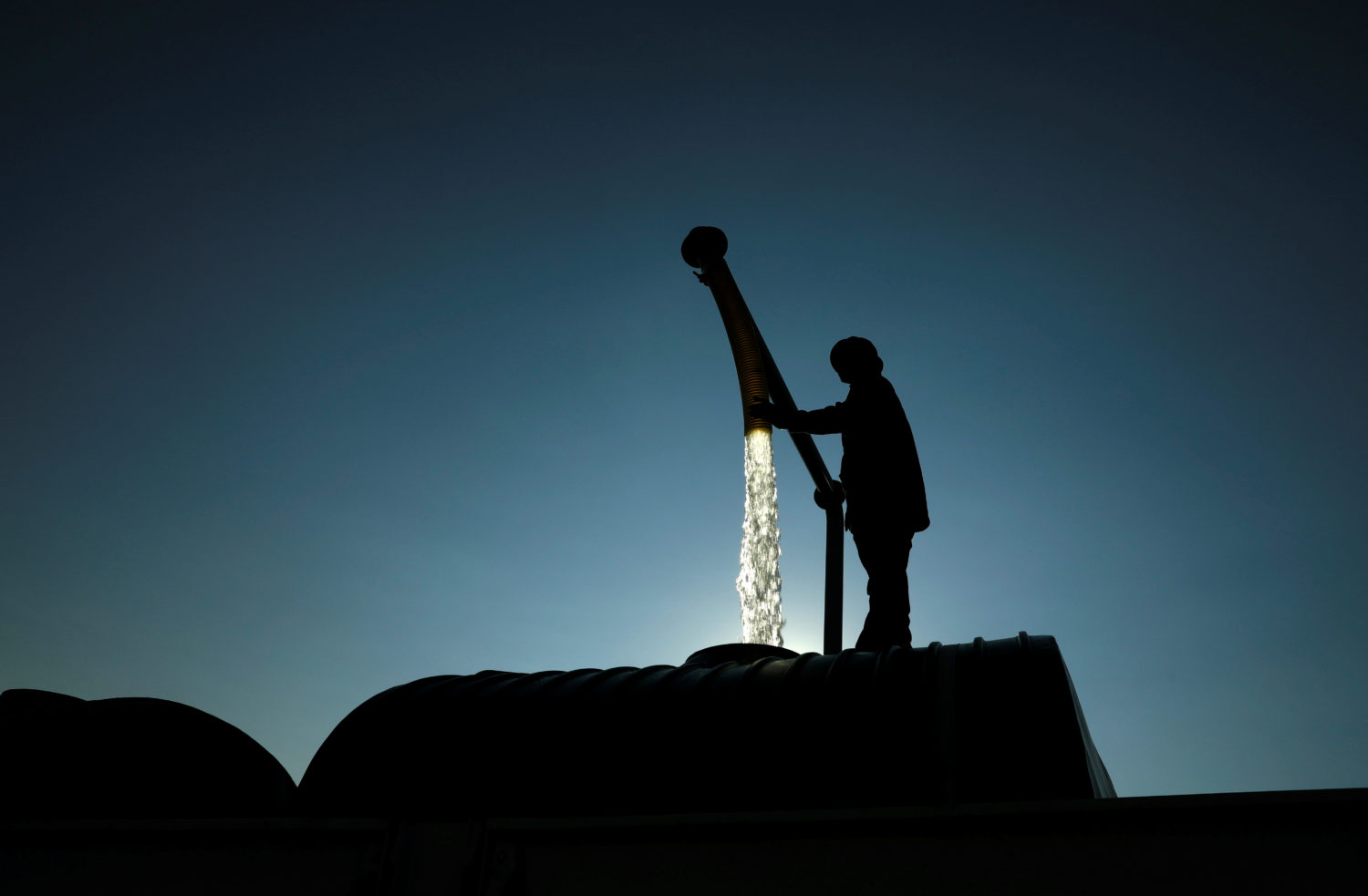 QWAQWA, South Africa (Reuters) – Eight-year-old Musa and her older sister Moleboheng trudged down the ravine with buckets and drum bottles to fetch water from a filthy stream because they were thirsty and tired of waiting for trucks meant to deliver emergency water that never showed up.

But Musa never returned, her mother Phindile Mbele recalled, choking back tears. The little girl drowned in the stream, which is thick with sewage, mud and algae, probably pulled down by a strong underwater current.

“We rushed down there. She was still under the water… Two boys from the neighborhood went in and one carried her out,” Mbele said. “The house is empty without her. She was such a sweet, quiet child”.

Musa’s death last month further enflamed the mood among residents of Mandela Park township on the edge of Qwaqwa in South Africa, turning intermittent protests over water shortages into a full-blown, week-long riot.

South Africans have protested for years over unreliable supplies of water and power, but chronic mismanagement has been compounded by the effects of last year’s drought, the worst in a century, which has been linked to climate change.

“It rains here all the time but they say there’s drought. Then how did that little girl drown because that stream was full?” said Malgas “Skinny” John, 39, who used rocks and burning tyres during the January riot to barricade the road leading into Qwaqwa in a face-off with police.

“We have to strike and burn things, only then do we get water,” said the unemployed father of two, as he queued with neighbors to fill his container from a water truck. 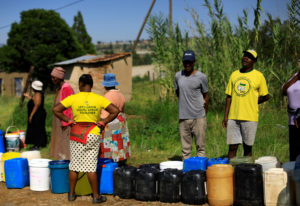 “We’ll do it again, we’ll keep burning things if we have to,” John added.

Officials fear riots like the one seen at Qwaqwa could be a sign of worsening climate-linked instability to come, as dams and water pipes deteriorate further and the urban population continues to mushroom.

South Africa’s water minister Lindiwe Sisulu has promised 3 billion rand ($203 million) to end the shortages in Qwaqwa. Its municipality owes half a billion rand for water, out of a national unpaid bill of nearly 9 billion rand.

But even Sisulu’s own department has a 3.5 billion rand shortfall in maintenance funds, which it says risks a “detrimental impact on the national economy”, especially if water supplies to the thirsty power utility Eskom and liquid fuel maker Sasol are disrupted.

“Nothing will change. I know, soon, I will have to go the same stream where my daughter died to get water.” 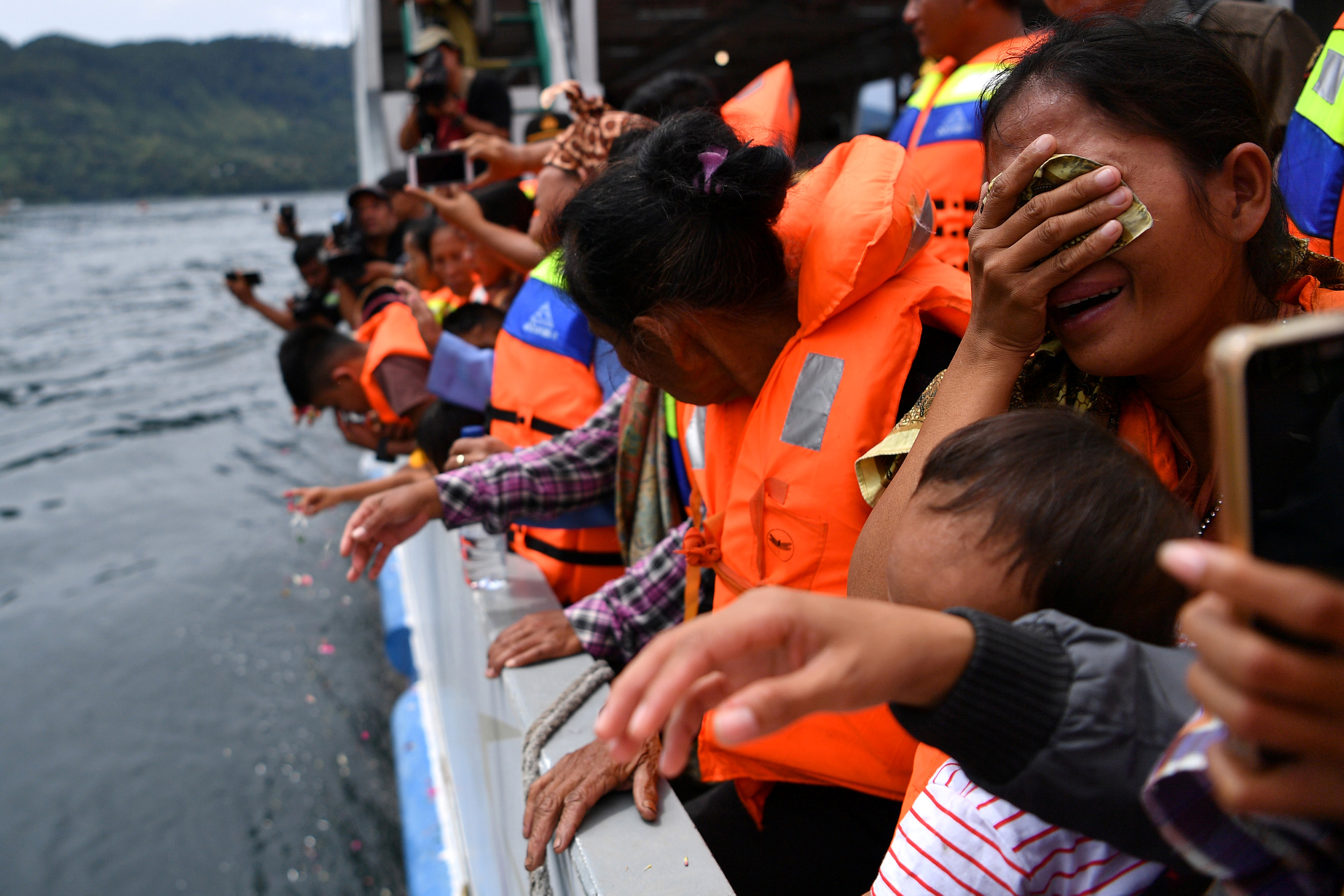 JAKARTA (Reuters) – Indonesia said on Monday it was calling off a two-week operation to retrieve the bodies of nearly 200 passengers thought to have drowned in one of the world’s deepest volcanic lakes.

The overcrowded wooden ferry capsized during a storm on June 18 in Lake Toba, which is around 450 meters (1,500 feet) deep, as travelers were heading home after the Eid holiday marking the end of the Muslim fasting season. 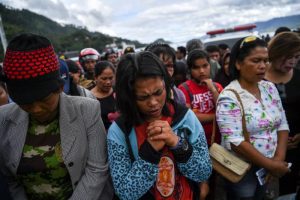 The operation to find the ferry and retrieve the victims has faced numerous technical and logistical hurdles – dangerous currents and cold, murky water far deeper than any scuba diver can go – in a lake that has never been completely surveyed.

Rescue spokesman Muhammad Yusuf Latif confirmed that the search operation would end, adding that an official statement would likely be made on Tuesday.

“We’ve already had face-to-face discussions with the families of the victims (on) the difficulties faced in the field (and) reasons why we won’t continue; why we want to end it,” Latif said by telephone.

“They understand why we’re stopping.”

According to Muhammad Ilyas, head of the Agency for the Assessment and Application of Technology, the wreckage was found on Saturday, but the remotely operated underwater vehicle used to find it had also become stuck in ropes connected to the ferry.

“We have proven 100 percent” that the ferry is there, Ilyas said, adding that the submersible was later retrieved but needed to be repaired as its cable had broken. 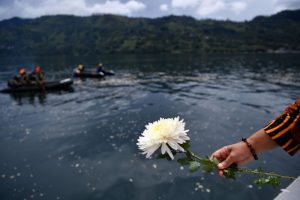 A relative of missing passengers of a ferry that sank holds a flower before throwing it into Lake Toba in Simalungun, North Sumatra, Indonesia July 2, 2018. Antara Foto/Sigid Kurniawan/via REUTERS

Rescuers earlier said they were considering borrowing a heavier vehicle from Singapore to retrieve the victims and the vessel, but that plan was canceled as it would take more than three weeks and was “high cost”, Latif said.

Craig Chesner, a geologist from Eastern Illinois University who conducted a survey of Toba in 2012, said the ferry had sunk “in the deepest part of the entire lake”.

According to media reports, a monument will be erected by the government in memory of victims. 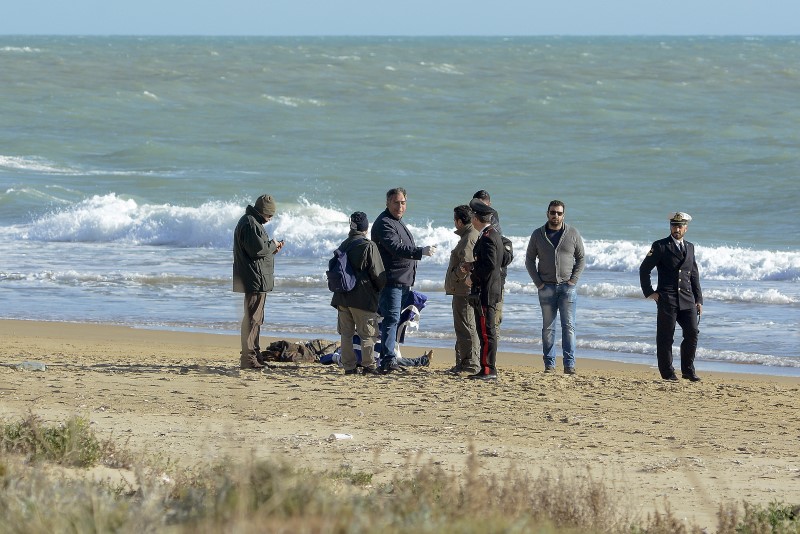 LONDON (Thomson Reuters Foundation) – Nearly 2,900 migrants have died trying to reach Europe by crossing the Mediterranean Sea, making the first six months of 2016 the deadliest on record, according to figures published Friday by an international migration group.

Between the months of January and June, there were 2,899 recorded deaths at sea, the International Organization for Migration (IOM) reported, around a 50 percent increase in the number of deaths when compared with the same period in 2015, when 1,838 migrants went missing or drowned at sea. In 2014, there were 743 deaths at sea by mid-year.

“Europe’s done a remarkable job, they’ve saved thousands of lives this year alone. But almost 3,000 people dead means they’re not doing everything that needs to be done.”

Millman said he was not expecting migrant arrivals to decrease as insecurity in Libya, Syria and other war-torn countries is not likely to improve in the coming months.

In first six months of this year, 225,665 migrants arrived in Italy, Greece, Cyprus and Spain by sea, with the central Mediterranean route to Italy claiming the most lives, accounting for nearly 2,500 deaths. This time last year, the number of arrivals by sea was just over 146,000, the IOM said.

On Thursday, 10 women died in a sinking rubber boat off the coast of Libya and an Italian ship rescued hundreds of other migrants, the Italian coastguard said.

The latest deaths came as Italy raised the wreck of a fishing boat that sank in April last year. The disaster is feared to have killed up to 800 people, making it one of the deadliest shipwrecks in decades of seaborne migration from North Africa towards Europe.