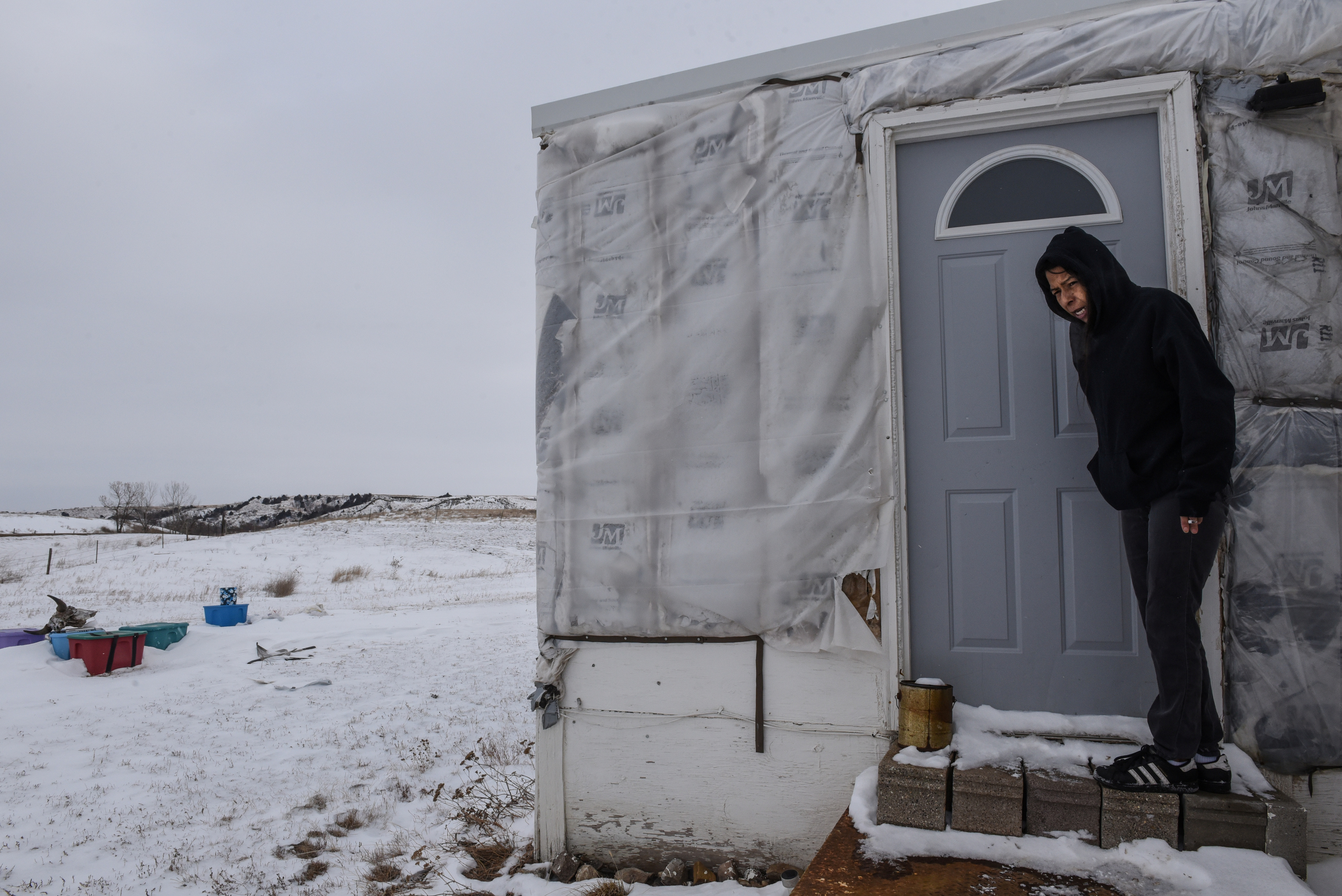 By Stephanie Keith and Andrew Hay

EAGLE BUTTE, S.D./TAOS, N.M. (Reuters) – The Pawnee Nation of Oklahoma used a GoFundMe page and its own money to feed its many members who were furloughed or worked without pay during the U.S. government shutdown.

The 35-day partial government shutdown affected 800,000 federal workers, but Native Americans were especially vulnerable because they rely mostly on federal contracts for services and jobs in the Bureau of Indian affairs for incomes. 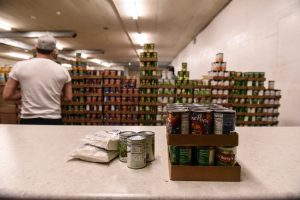 A worker places packaged food onto a counter inside of a food distribution center on the Cheyenne River Indian Reservation in Eagle Butte, South Dakota, U.S. January 25, 2019. REUTERS/Stephanie Keith

“We are the First Nations’ people. We know how to survive,” he said after President Donald Trump announced an end to the 35-day partial government shutdown.

Federal workers caught a reprieve after Trump agreed to reopen the government until Feb. 15, without getting the $5.7 billion he had demanded for a border wall. Over the next 18 days lawmakers in the ideologically divided Congress will try to craft a border security bill acceptable to Trump.

For American Indian tribes and federal workers, that amounts to a period in limbo while they wait to see if a deal will be reached by the Feb. 15 deadline – or if another government shutdown will again take their paychecks hostage.

Looking Horse was cautiously optimistic. “I think they’ll come to a conclusion,” he said. “This country is based on democracy and consensus and good things will come out.”

Native Americans elsewhere were not so sure.

A Bureau of Indian Affairs (BIA) worker in the Navajo Nation, which spans parts of Arizona, Utah and New Mexico, said the agency would work fast to obtain federal grants for contracts to run basic services like road maintenance and land management. 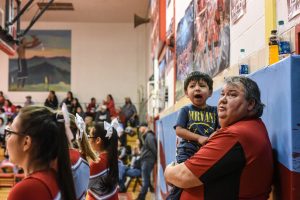 “Everyone is going to be working like mad for the next 2-1/2 weeks in case he shuts it down again,” said the employee, who did not want to be identified.

BIA spokeswoman Nedra Darling said in an email, “Indian Affairs is excited to resume our work towards fulfilling our trust responsibility and treaty obligations for the 573 federally recognized tribes.”

While stress from the shutdown – including missed home and car payments, food handouts and burning through savings – affected all federal workers and contractors, it cut much deeper for American Indians.

Generations ago, tribes negotiated hundreds of treaties with the U.S. government guaranteeing funds for things like education, public safety, basic infrastructure and health in exchange for vast amounts of their land.

The services are administered directly by federal agencies or through the tribes and contractors by means of grants.

With BIA offices closed by the shutdown, families receiving federal royalty payments for oil and gas drilling and grazing on former tribal lands did not receive checks that can be their main source of income.

About 9,000 Indian Health Service employees, delivering health care to about 2.2 million Native Americans and Alaska Natives, worked without pay, according to the Health and Human Services Department’s shutdown plan.

“When our funding gets cuts, all these people are getting put on hold for the healthcare they need,” said Terri Parton, president of the Anadarko, Oklahoma-based Wichita and Affiliated Tribes.

Like the Cheyenne River Sioux in South Dakota, the Wichita dipped into tribal funds to prop up social services.

After enduring government shutdowns in the 1990s, the Cherokee Nation changed its operating model from the government’s running many of its facilities to administering services themselves with federal money, said Chuck Hoskin, secretary of state for the Cherokee Nation.

The latest stoppage, the 10th with furloughs since 1976, has further eroded Native American confidence in the federal government, tribal leaders say.

At the Pawnee Nation in Oklahoma, the GoFundMe drive was launched to provide baskets of groceries to federal workers, even those who were not tribe members, struggling to put food on the table, said Jim Gray, executive director of the nation. In 16 days – the drive is no longer accepting donations – it raised $6,343, out of a goal of $10,000.

“We had to give up 99 percent of our land to hang onto this 1 percent and then, in turn, they were supposed to provide these kinds of services as part of that treaty agreement,” Gray said.