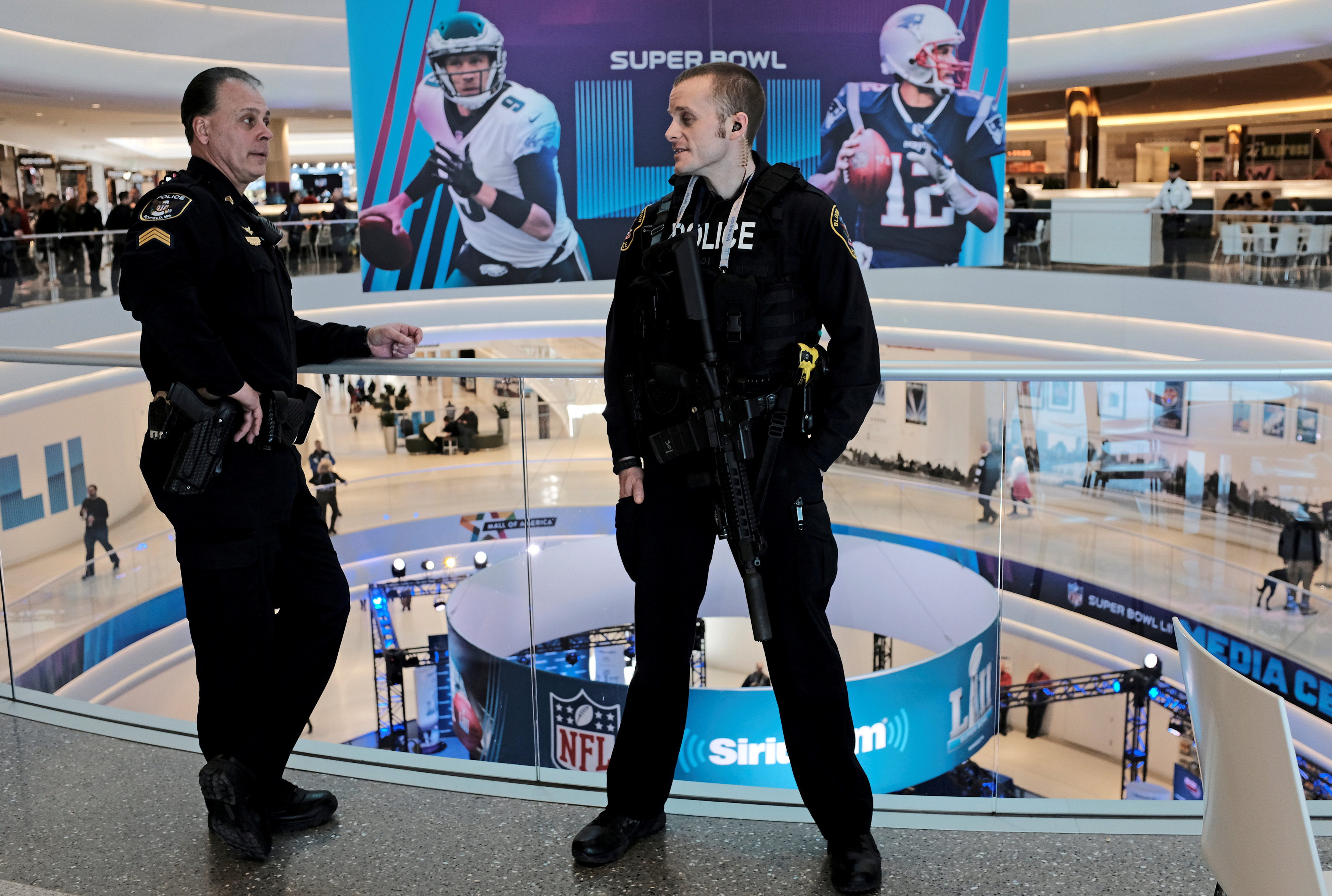 (Reuters) – A U.S. government document outlining plans for responding to a possible biological attack at Sunday’s Super Bowl in Minneapolis was left on a commercial jetliner, CNN reported on Monday, saying one of its employees found the paper in a seat pocket.

Multiple copies of the document, marked “for official use only” and “important for national security,” were found during a flight before the Super Bowl was played.

CNN said on its website it had delayed reporting about its discovery until after the game, at the request of federal officials. It did not say when the document turned up or if the flight in question was going to or coming from Minneapolis. CNN said it could not determine who left the documents on the airplane.

The errant document offered a critique of how officials performed during a simulated release of the infectious disease anthrax in Minneapolis on the day of the Super Bowl. Other sensitive material was also found, CNN said, without further description.

Officials conducted such exercises in July and November, as part of the Department of Homeland Security’s BioWatch program, according to CNN.

One of the biggest sporting events of the year, the National Football League’s championship Super Bowl is high on the list of potential targets for an attack, security experts have previously said.

The Department of Homeland Security often conducts exercises with state and local governments to guard against national security threats, Tyler Houlton, acting press secretary of the department, said in a statement in response to a Reuters inquiry about the CNN report.

“It is important that operators regularly exercise their capabilities against a wide range of scenarios in order to effectively counter the changing threat environment,” Houlton said.

Houlton declined to confirm whether any sensitive documents related to the Super Bowl were misplaced.

The game went off without a hitch, with the Philadelphia Eagles beating the New England Patriots, 41-33, at U.S. Bank Stadium in Minneapolis.

The security plan included bomb-sniffing dogs, a massive police presence, helicopters and a chain-link and concrete fence surrounding the stadium, officials said at a news conference ahead of the game on Wednesday.

In preparation for the game, authorities conducted more than 200 security assessments of critical infrastructure in the Minneapolis area, in addition to training for everything from active shooters to bombings. 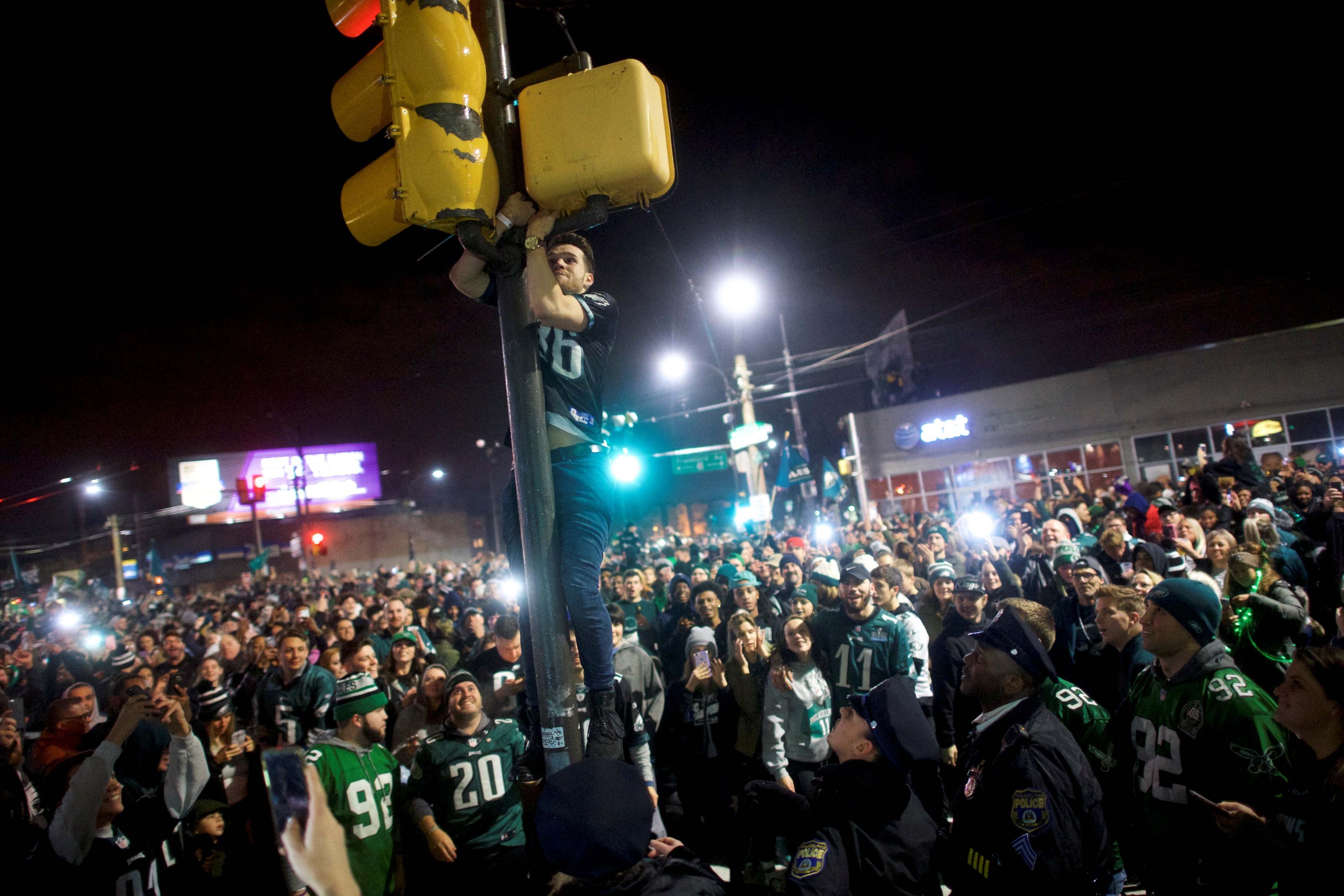 (Reuters) – The Philadelphia Eagles’ first Super Bowl victory set off rowdy celebrations in Philadelphia as people who poured into the streets set at least one fire and damaged property early on Monday, images on social media showed.

Joyous football fans burst into jubilation in gatherings at bars and took their party into the streets, jumping up and down, setting off pyrotechnics and singing the fight song “Fly Eagles Fly.”

Some went further and ignited a fire in the middle of a street that firefighters soon extinguished. Other images showed a light pole tipping over and the Philadelphia Inquirer and Daily News website Philly.com reported smashed windows and toppled awnings.

Police in riot gear and on bicycles formed lines to control crowds and push people back, social media images showed.

Some people broke a display window at a department store near City Hall, and looters broke into a convenience store, grabbing merchandise and screaming, “Everything is free,” Philly.com reported.

Nearly all the light poles on one side of City Hall were toppled, and a car outside a hotel was tipped on its side, Philly.com said.

Philadelphia police and fire officials did not immediately respond to Reuters requests for information.

The Eagles, coming into the game as underdogs, defeated the five-time National Football League champion New England Patriots 41-33 in Minneapolis on Sunday.

In Boston, local media reported somber Patriots fans spilling out of local bars and heading home in the cold winter drizzle as temperatures dipped into the 30s (Fahrenheit).

“We haven’t had a single incident, thank God,” said a Boston police dispatcher.

Over in Amherst, Ma., State and University of Massachusetts police had more trouble as about 2,000 people flooded the streets near UMass Amherst and began throwing objects, setting off smoke bombs, fireworks and starting fistfights. The Boston Globe reported a number of injuries and that at least six people were arrested as police used pepper spray to disperse the angry fans.