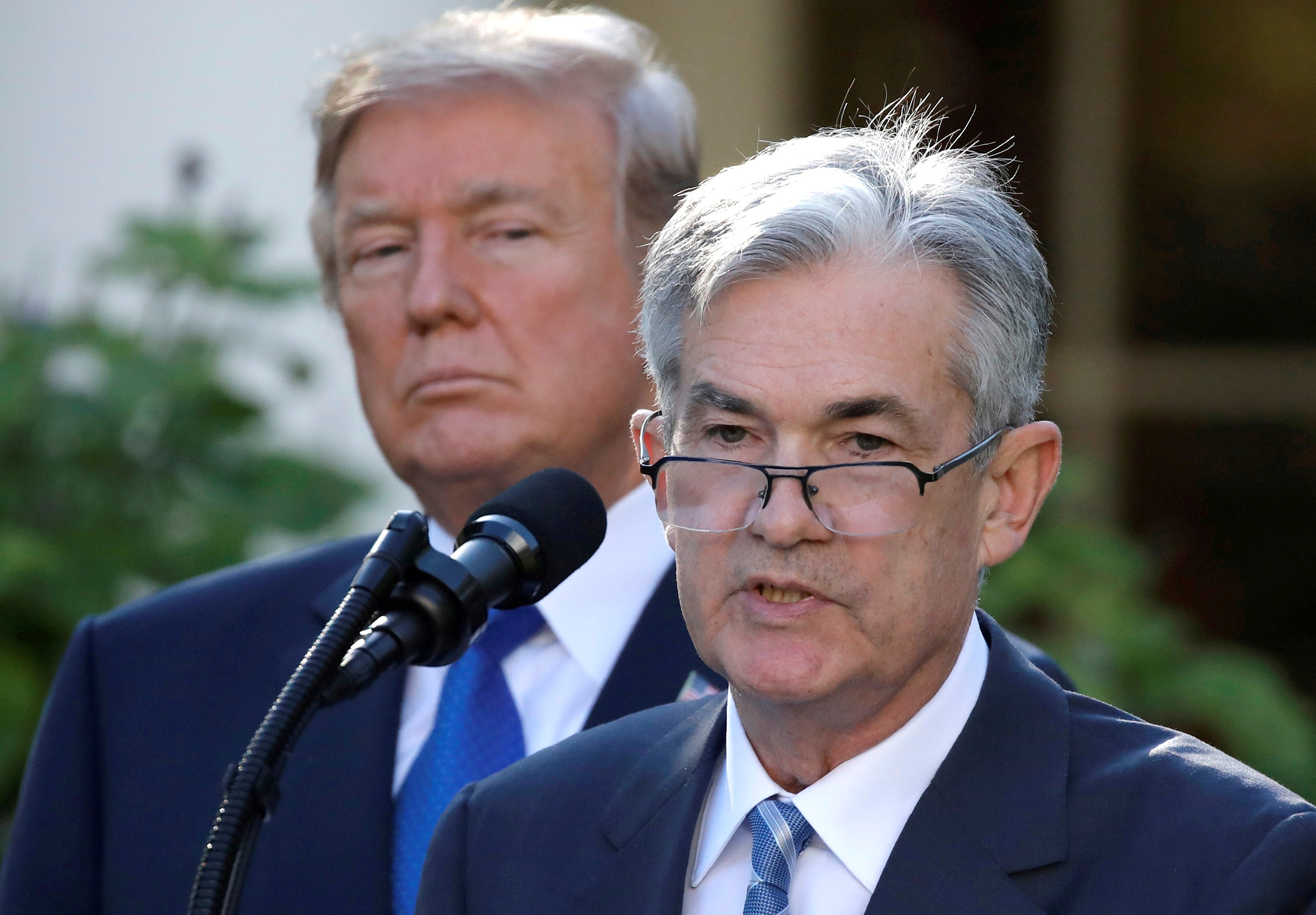 WASHINGTON (Reuters) – The U.S. Federal Reserve is expected to raise interest rates on Wednesday, but may cut the number of hikes it anticipates next year and signal an earlier end to its monetary tightening in the face of financial market volatility and rising recession fears.

The central bank is due to announce its decision at 2 p.m. EST (1900 GMT) after its final two-day policy meeting of the year. Fed Chairman Jerome Powell is scheduled to hold a press conference half an hour later.

Investors widely expect the Fed will lift borrowing costs by a quarter of a percentage point to a range of between 2.25 percent and 2.50 percent. It would be the fourth rate hike of the year and the ninth since the central bank began its current tightening cycle in December 2015.

A rate hike on Wednesday could draw the ire of the White House. President Donald Trump has repeatedly attacked the Fed for raising rates this year, saying it was undercutting his efforts to boost the economy. On Tuesday, Trump warned Fed policymakers not to “make yet another mistake.”

The Fed’s tightening is designed to reduce the monetary policy boost to a U.S. economy that is now growing much faster than central bank policymakers think it can sustain.

With the price of oil tumbling, economic growth in Europe and China slipping, and the fiscal stimulus from the Trump administration’s $1.5 trillion tax cut package expected to fade, Fed policymakers appear ready to back away from their prior view that the economy could weather three more rate hikes next year.

Fresh Fed economic forecasts to be released along with the policy statement may suggest that two rate hikes is more likely, economists say. Traders of interest rate futures do not even think the Fed will manage one hike.

“You are at an inflection point,” said Carl Tannenbaum, chief economist at Northern Trust. “You are most likely seeing growth slowing and you don’t know how much growth and what kind of growth is left over after the fiscal stimulus wears off. And that’s why they don’t know if they need zero, one, or more rate hikes.”

U.S. stocks were broadly higher Wednesday morning on investor optimism the Fed would signal it was near the end of its tightening cycle. The S&P 500 index & SPX has tumbled more than 12 percent since late September and, barring a turnaround, is on pace for its poorest December performance since 1931.

With borrowing costs after Wednesday’s expected rate hike close to, if not in, the broad range that Fed officials have identified as “neutral” for a healthy economy, policymakers are also likely to emphasize that future rate-setting decisions will hinge on new economic data.

That may be particularly important as data pulls the central bank in different directions, with a strong labor market and robust output suggesting the need for higher rates, and a weaker global economy and U.S. bond yields suggesting not.

The divergence between the U.S. economy and the rest of the world was cast into stark relief after FedEx Corp slashed its profit outlook on Tuesday. FedEx, seen as a bellwether for global trade, flagged a litany of issues including a Brexit-led slowdown in the United Kingdom, a contraction in the German economy and slowing China demand due to an ongoing trade spat with the United States.

Economists say the Fed will probably modify or remove from its policy statement a reference to the likelihood that “further gradual increases” in its key overnight lending rate will be needed.

Doing so would mark one more step in the Fed’s march away from its reliance on forward guidance to shape market expectations in the wake of the 2007-2009 financial crisis and recession.

It could also help the central bank guard against criticism, whether from Trump or others, by allowing Powell to point to the economic realities on the ground as forcing his hand on any future rate hikes.

“They want to get to the place where they can say all decisions are data-dependent,” said Vincent Reinhart, chief economist at Standish Mellon Asset Management.