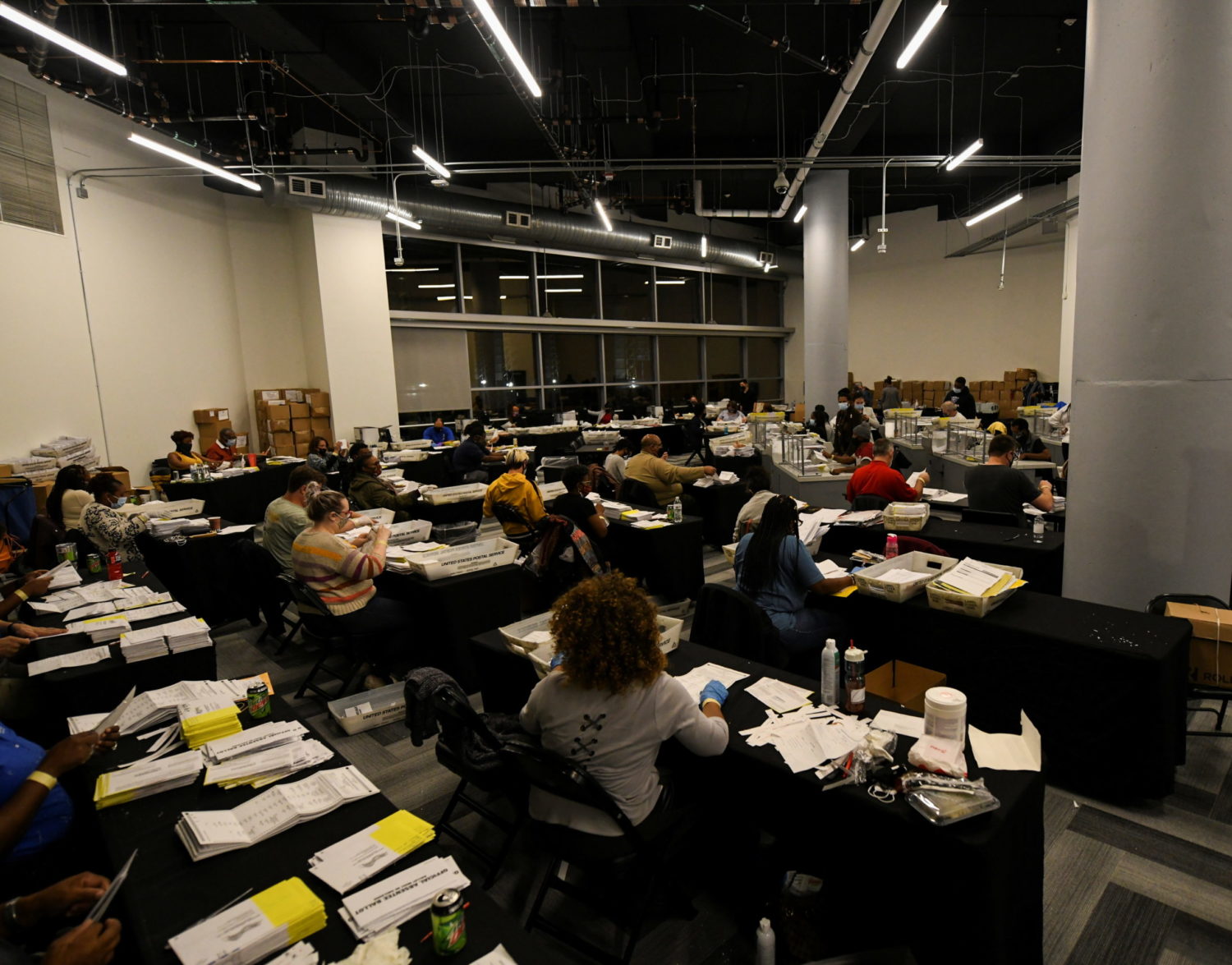 By Simon Lewis and Daphne Psaledakis

WASHINGTON (Reuters) – Georgia’s secretary of state on Friday said he expects a recount due to the small margin for the presidential election in the battleground state, where Democrat Joe Biden has a small lead over Republican President Donald Trump.

The presidential candidates each had 49.4% of counted ballots, though Biden was ahead by 1,579 votes as of Friday morning with 4,169 left to count, Georgia’s voting system implementation manager, Gabriel Sterling, said.

“With a margin that small, there will be a recount,” Brad Raffensperger, Georgia’s secretary of state, told reporters.

Officials said about 9,000 military and overseas ballots were still outstanding and could be accepted if they arrive on Friday and are postmarked on Tuesday or earlier.

Local election officials in Georgia also can conduct recounts in their counties if they think there is a discrepancy in the results.

The Southern state switched to new touch-screen voting machines this year. After a voter makes their choices, the machine produces a marked paper ballot that’s fed into a scanner that counts the vote.

Absentee voters – hundreds of thousands this year – filled out the same ballots, which also were fed into the scanners. If the scanner cannot read the ballot, a bipartisan group of election officials reviews it to determine whether or how it should be counted.

A recount essentially repeats that process, and in the past has not made big changes in the results.

Because of that, a recount is considered unlikely to have a big effect on the state’s vote totals. 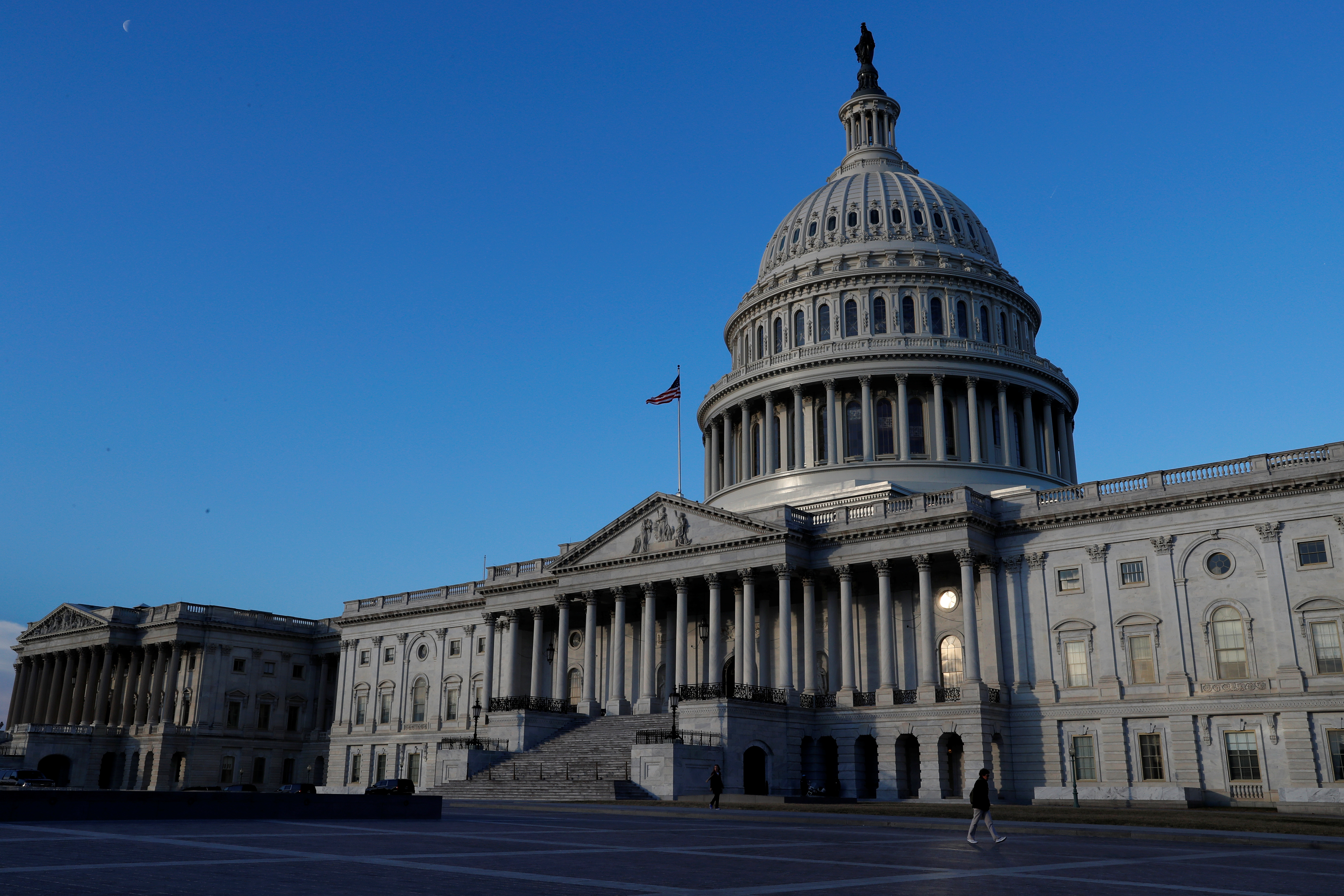 WASHINGTON (Reuters) – Ten months before the United States votes in its first major election since the 2016 presidential contest, U.S. state election officials huddled in Washington this weekend to swap strategies on dealing with an uninvited guest: Russia.

A pair of conferences usually devoted to staid topics about election administration were instead packed with sessions dedicated to fending off election cyber attacks from Russia or others, as federal authorities tried to portray confidence while pleading with some states to take the threat more seriously.

“Everyone in this room understands that what we are facing from foreign adversaries, particularly Russia, is real,” Chris Krebs, a senior cybersecurity official at the Department of Homeland Security (DHS), told an audience of secretaries of state, who in many states oversee elections. Russia, he added, is “using a range of tools against us.”

The department said last year that 21 states had experienced initial probing of their systems from Russian hackers and that a small number of networks were compromised. Voting machines were not directly affected and there remains no evidence any vote was altered, officials say.

While virtually all 50 states have taken steps since the 2016 election to purchase more secure equipment, expand the use of paper ballots, improve cyber training or seek federal assistance, according to groups that track election security, some officials at the conferences expressed an added sense of urgency.

That is because the meetings came immediately after U.S. Special Counsel Robert Mueller unsealed an indictment accusing 13 Russians and three Russian companies of conducting a criminal conspiracy to interfere in the 2016 election.

The charges alleged a sophisticated multi-year operation carried out by a Russian propaganda factory to use false personas on social media to boost Donald Trump’s campaign. Russia has repeatedly denied it attempted to meddle.

“Loud and clear I hear that the biggest threat is this campaign of disinformation as opposed to the election process itself,” said Denise Merrill, Connecticut’s secretary of state, a Democrat.

DHS has taken the lead on working with states to improve voting machine security, but no federal agency is specifically responsible for combating online propaganda.

Several secretaries of state said they needed more rapid notification from federal partners about not just attempts to breach voting systems but disinformation campaigns as well.

“I don’t want to find out about propaganda two years later, after I elect my congressman,” said Mississippi Secretary of State Delbert Hosemann, a Republican, in an interview while clutching his own printed copy of the 37-page indictment.

Frustration boiled over at times among the secretaries of state, some of whom criticized a classified briefings U.S. intelligence agencies held with them over the weekend as largely unhelpful.

Federal officials, they said, continued to provide inadequate information to states about the nature of the Russian cyber threat and how to protect against it.

“I would have thought that behind closed doors, I would have heard, ‘This is why this has to be classified.’ And I heard none of it,” said West Virginia Secretary of State Mac Warner, a Republican. Still, other secretaries of state and election directors said relationships with DHS had improved dramatically compared with a year ago.

Speaking on a panel and attempting to quell frustration, Robert Kolasky, another DHS cybersecurity official, stressed that U.S. intelligence officials were genuinely worried about how Russia or others may attempt to interfere in 2018.

“There are reasons we are worried that things could become more serious,” Kolasky said. “The Russians got close enough, and we anticipate it could be different, or worse, the next time around,” he said.