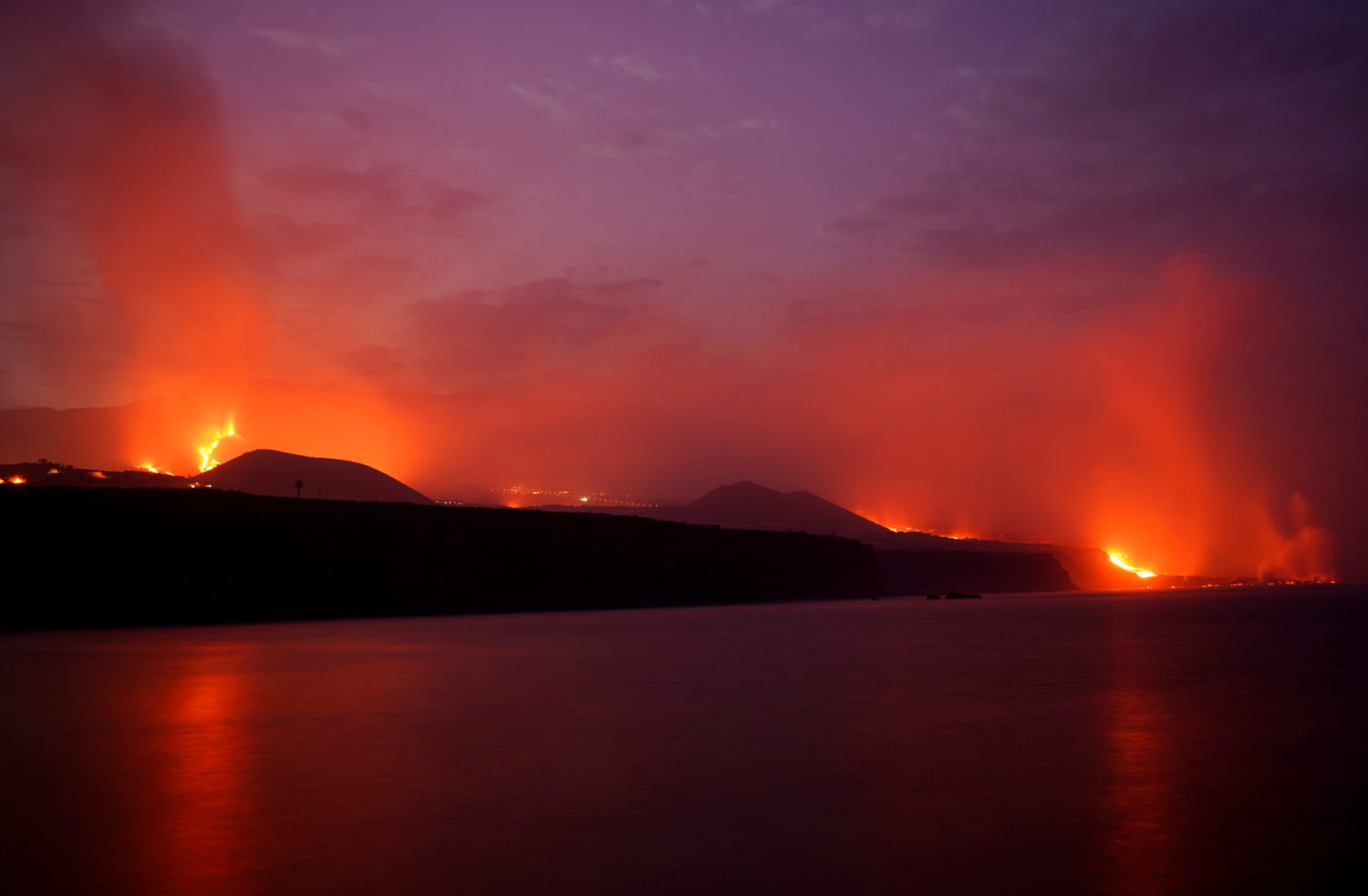 By Juan Medina and Marco Trujillo

MADRID (Reuters) -Lava flowed from a newly opened crack in the Cumbre Vieja volcano on Spain’s La Palma on Friday, carving a different path from previous flows and raising fears of more destruction, while fine ash forced islanders to don masks and goggles.

A river of red-hot lava snaked downhill from the new fissure, which burst open late on Thursday around 400 meters (1,300 ft.) to the north of the primary eruption site.

Multiple vents have opened since the volcano began erupting on Sept. 19 but the Canaries Volcanology Institute described the latest opening as a new “focus of eruption.”

“There is concern about the path of this new flow towards the sea, although it is expected to join up with the previous one within the next few hours,” said the head of La Palma’s council, Mariano Hernandez Zapata.

He said more houses had been engulfed by lava overnight.

“We have more drama ahead, more people to take care of,” he told a news conference.

About 6,000 people have been evacuated since the eruption began and are yet to return home. More than 800 buildings including houses, churches and schools have been destroyed.

The volcano has thrown out 80 million cubic meters of molten rock, regional leader Angel Victor Torres said, doubling the amount expelled during La Palma’s last major eruption 50 years ago in half the time.

Residents of Los Llanos de Aridane, one of the worst affected towns, have taken to carrying umbrellas and wearing eye protection as a precaution against the volcanic dust blanketing the streets and floating in the air.

“Last night the ash was irritating my eyes a lot, I had to use eye drops and my skin was stinging,” said Matilde Gonzalez Tavarez, a 45-year-old nursing assistant visiting her mother at a care home in Los Llanos.

“It’s helplessness, fear, insecurity. You don’t know what’s going to happen,” she said, while street cleaners brushed away the carpet of black ash behind her.

Juan Antonio Perez Gonzalez, 56, who runs a floristry business in the town, fears the worst is yet to come.

“I can’t put a good face on it or give you good news because this is a calamity,” he told Reuters. He said many of the townspeople were preparing to pack up and leave.