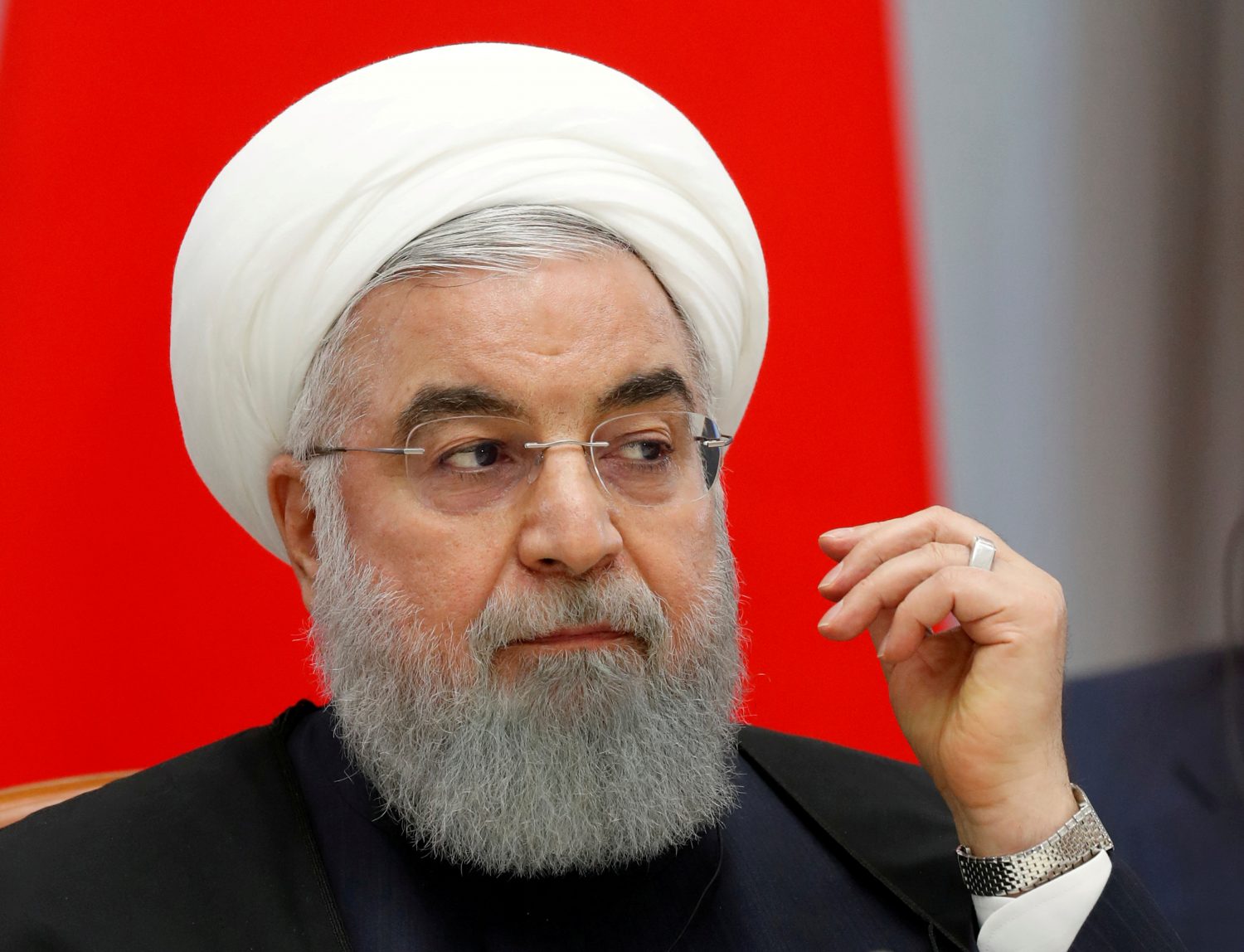 BERLIN (Reuters) – European countries said on Thursday they wanted to preserve Iran’s nuclear deal and rejected “ultimatums” from Tehran after Iran scaled back curbs on its nuclear program and threatened moves that might breach the pact.

Iran announced steps on Wednesday to ease curbs on its nuclear program, in response to new U.S. sanctions imposed after Washington abandoned the deal a year ago.

Tehran’s initial moves do not appear to violate the accord yet, but President Hassan Rouhani said that unless world powers protect Iran’s economy from U.S. sanctions within 60 days, Iran would start enriching uranium beyond permitted limits.

“We reject any ultimatums and we will assess Iran’s compliance on the basis of Iran’s performance regarding its nuclear-related commitments…,” read a statement issued jointly by the European Union and the foreign ministers of Britain, France and Germany.

“We are determined to continue pursuing efforts to enable the continuation of legitimate trade with Iran,” said the European states, adding that included getting a special purpose vehicle aimed at enabling business with Iran off the ground.

The 2015 nuclear deal requires Iran to curb its nuclear program in return for the elimination of international sanctions. It was signed by the United States, Britain, France, Germany, Russia and China.

The administration of President Donald Trump abandoned the agreement a year ago and imposed U.S. sanctions, which it has ratchetted up this month, effectively ordering all countries to halt all purchases of Iranian oil or face their own sanctions.

The move creates a dilemma for Washington’s European allies which say they share its concerns about Iranian behavior but think the Trump administration’s tactics are likely to backfire.

The European allies have opposed the U.S. decision to abandon the nuclear deal, which they say plays into the hands of hardliners in Iran and undermines pragmatists within the Iranian leadership who want to open the country up to the world.

French President Emmanuel Macron called on Thursday for the nuclear deal to be extended to cover other issues of concern to the West, such as Iran’s regional policies and missile program, rather than jettisoned.

“Leaving the 2015 nuclear agreement is a mistake because it is undoing what we have already done. That’s why France is remaining and will remain a part of it and I deeply hope that Iran will remain,” Macron said.

“We contributed to negotiating this deal. France at the time had even pushed for it to be more demanding than what the United States was ready to accept. It is a good deal and a good base. It needs to be completed,” he said.

European countries have tried to develop a system to allow outside investors to do business with Iran while avoiding falling foul of U.S. sanctions. But in practice, this has failed so far, with all major European companies that had announced plans to invest in Iran saying they would no longer do so.

Iran has always denied that it was seeking a nuclear weapon.

Tehran says it wants to abide by the nuclear deal. A spokesman for Iran’s Atomic Energy Organisation said on Thursday Tehran’s goal was to bring the agreement “back on track”.

But Tehran has also maintained that it will leave the deal, known as the JCPOA unless it receives more economic support.

“We have not left the JCPOA so far, but we have put such a move on our agenda and that would happen step-by-step,” Deputy Foreign Minister Abbas Araqchi was quoted as saying by state-run PressTV on Wednesday night.

Supporters of the nuclear deal, including Trump’s predecessor Barack Obama and European allies, say the pact extends the time it would take Iran to make a nuclear weapon if it decided to do so, and guarantees that it would be caught.

Lifting sanctions would show ordinary Iranians the benefits of cooperating with the world and make it harder for hardliners to roll back reforms, they argue.

The Trump administration argues that the nuclear deal was flawed because it is not permanent, does not address Iran’s missile program and does not punish Iran for what Washington considers meddling in regional countries.

France, led by Macron, says those issues would be easier to tackle in a future agreement if the existing deal is kept in place. Iran has always said its missile program and regional policies are sovereign issues and not negotiable.

Trump’s hardline stance is supported by Israel and by Arab allies of the United States such as Saudi Arabia and the United Arab Emirates, which consider Iran a foe and gain leverage over global oil prices from having its exports taken off the market.