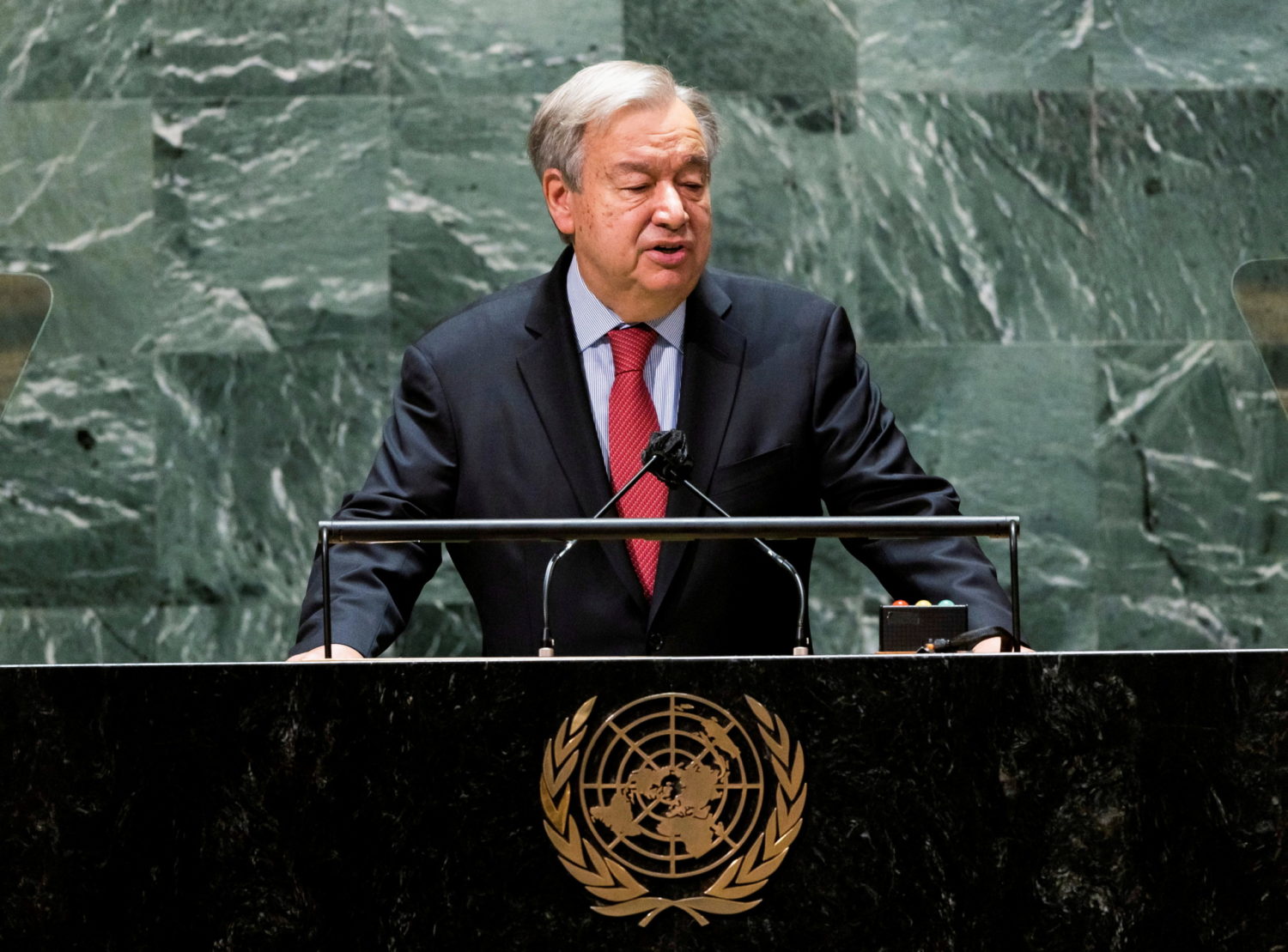 UNITED NATIONS (Reuters) – U.N. chief Antonio Guterres assailed what he called “an epidemic of coup d’états” on Tuesday and urged the Security Council to act to effectively deter them as the 15-member body prepared to discuss the military takeover in Sudan.

“The Sudanese people has shown very clearly their intense desire for reform and democracy,” the secretary-general told reporters as he again condemned the Sudanese army’s seizure of power on Monday and urged all parties to exercise “maximum restraint.”

It is the latest in a series of military takeovers in Myanmar, Mali and Guinea and attempted coups in several other countries.

The Security Council – which has the ability to impose sanctions or authorize military action – has been split on how to approach various conflicts, with the United States and other western council members pitted against Russia and China. It was due to meet behind closed doors on Sudan on Tuesday.

Guterres pointed to strong geopolitical divides, Security Council “difficulties in taking strong measures” and the economic and social impact of the COVID-19 pandemic as creating “an environment in which some military leaders feel that they have total impunity, they can do whatever they want because nothing will happen to them.”

“My appeal, obviously, is for – especially the big powers – to come together for the unity of the Security Council in order to make sure that there is effective deterrence in relation to this epidemic of coup d’états,” Guterres said. “We have seen that effective deterrence today is not in place.”

The council has issued statements expressing concern about the situation in Myanmar and condemning the military takeover in Mali. It is discussing a possible statement on Sudan, diplomats said.