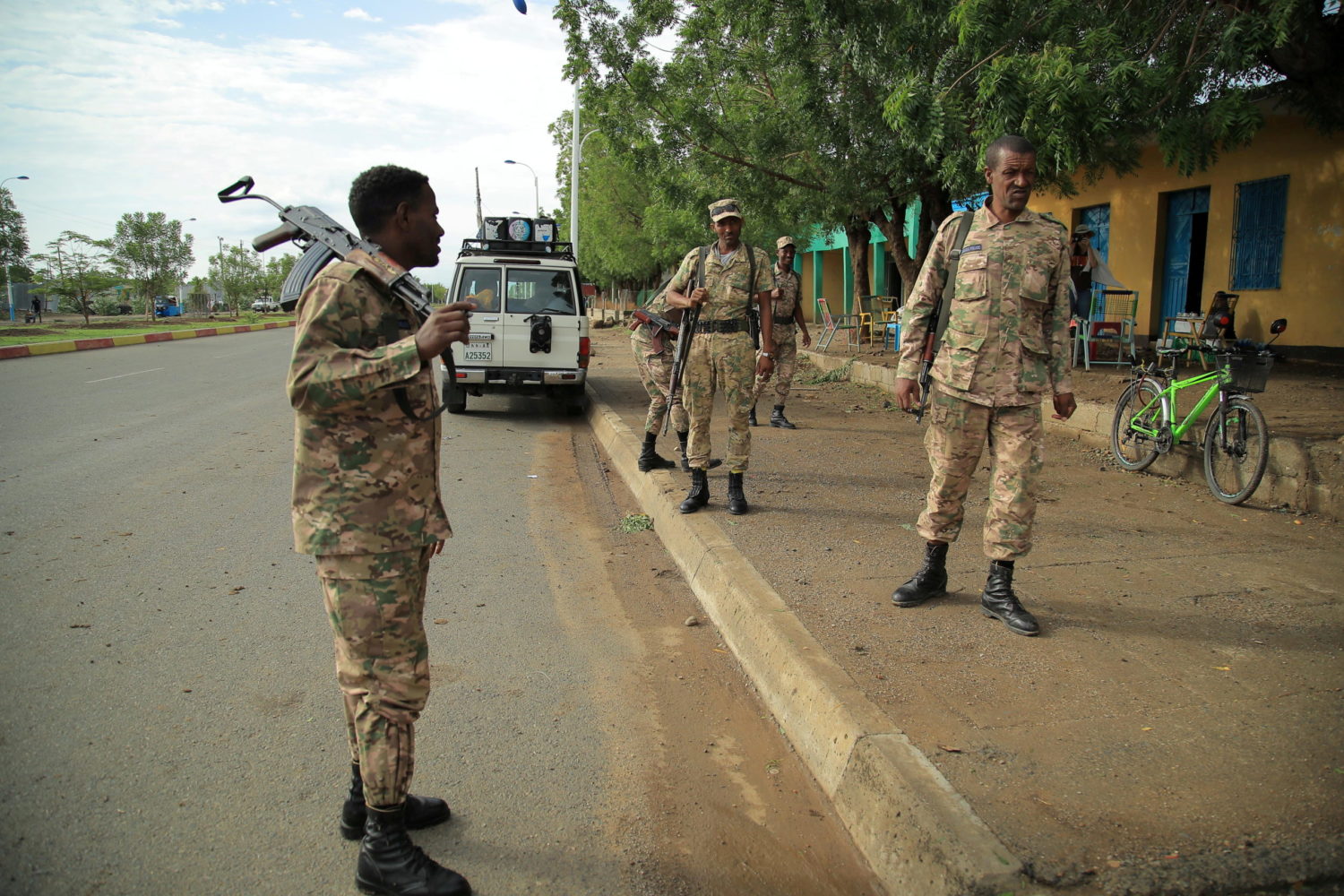 ADDIS ABABA (Reuters) – Three more Ethiopian regions are sending soldiers to reinforce the national army in its fight against forces from the northern region of Tigray, regional officials said, widening a conflict that has so far largely affected the north.

Officials from Oromiya, Sidama, and the Southern Nations Nationalities and Peoples’ Region said their forces had joined the army, known as the Ethiopian National Defense Force (ENDF), which withdrew from most of Tigray late in June.

A fourth region, Amhara, has already been locked in conflict with Tigray since the war erupted in November. Both Amhara and Tigray claim the fertile fields of western and southern Tigray.

In the past week, Tigrayan forces have retaken much of the south, but the west is heavily militarized.

Western Tigray has long been home to large populations of both Tigrayans and Amhara, and fresh fighting in the area could drive another wave of refugees from a conflict that has already forced 2 million from their homes.

“We have already deployed our special forces and they will join ENDF. Our people will also support with materials. It is the ENDF that is in charge where the special forces will be deployed,” said Oromiya Region spokesperson Getachew Balcha.

“If needed we will deploy more,” he told Reuters.

“Close to 300 to 400 special forces were sent this week. I think they will be deployed on the western front,” said an official from the region’s communications office on condition of anonymity.

A Sidama official who did not want to be named also confirmed the region’s forces had gone to reinforce the national army.

Pictures posted on the state-run regional Amhara Media Corporation showed soldiers from Sidama posing with residents of the town of Debre Markos in Amhara.

This month, Prime Minister Abiy Ahmed told parliament Ethiopia could mobilize about 100,000 soldiers from regional special forces in less than a week.

His remarks signaled an end to the government’s unilateral ceasefire, announced as troops pulled out of Tigray’s capital Mekelle. Tigrayan leaders derided the ceasefire as a way to cover up battlefield losses and the capture of thousands of prisoners of war.

Tigray’s ruling party, the Tigray People’s Liberation Front (TPLF), has said it will continue to fight until it restores Tigray’s pre-war boundaries and the government stops blockading the region. Currently most routes into Tigray are blocked and only one convoy of food aid has been allowed in.

Tens of thousands of Eritrean refugees are also caught in the middle of the fighting in two camps taken over by Tigrayan forces this week. A refugee told Reuters that two men had already been killed and three refugees injured in the fighting.