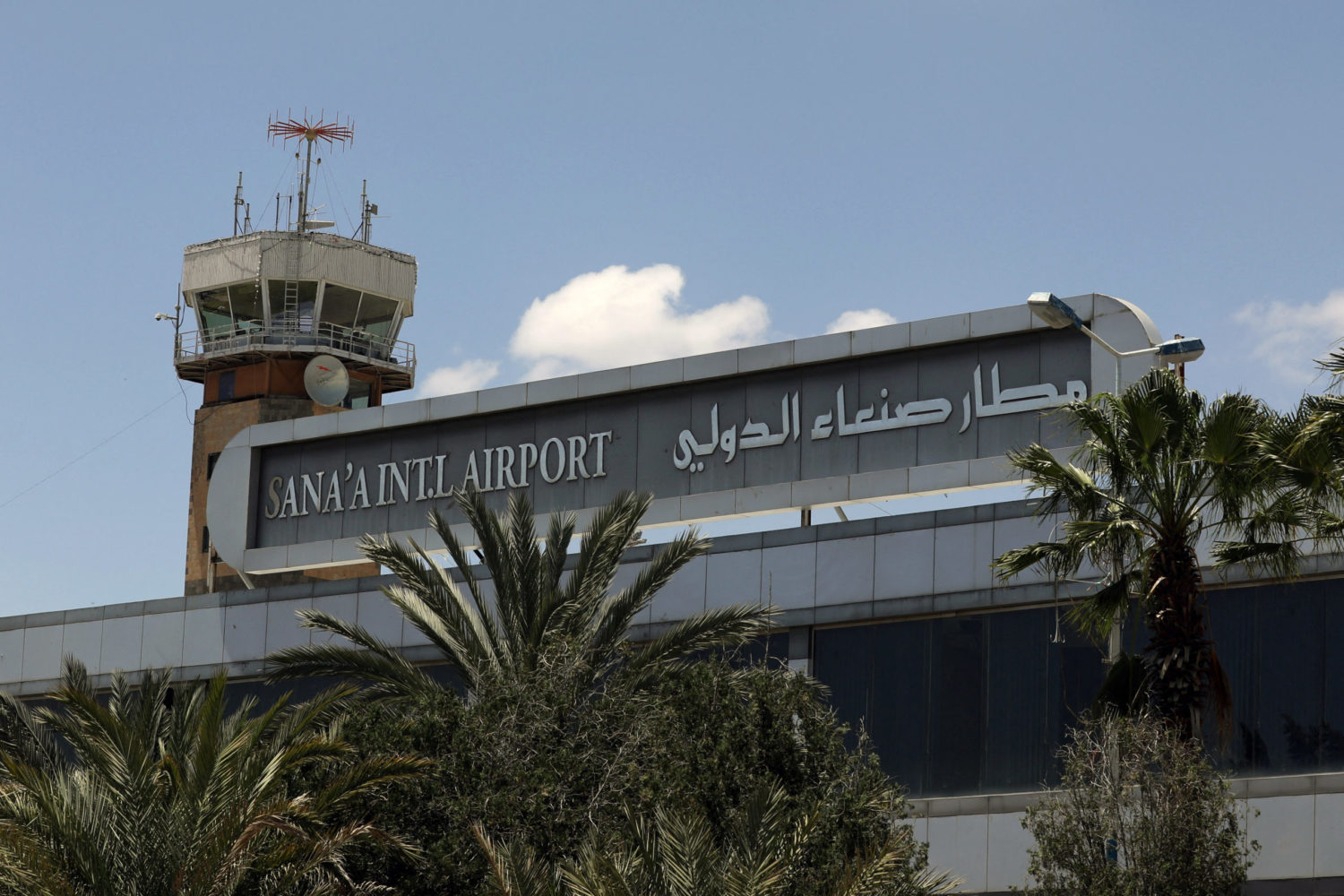 (Reuters) -The Saudi-led coalition fighting in Yemen on Monday carried out air strikes on the international airport of the Houthi-controlled Yemeni capital Sanaa after asking civilians to immediately evacuate, state media reported.

The coalition called on the workers of international and humanitarian organizations in the airport to immediately evacuate as it had taken “legal measures to deal with the threat operationally,” state media said.

The coalition said it lifted the protection off specific sites in the airport and carried out strikes on “legitimate military targets” in it.

“The operation comes in response to threats and the use of the airport’s facilities to launch cross-border attacks,” it said.

During the seven-year-old conflict, forces of the Iran-aligned Houthi movement have sent drones and fired missiles into Saudi Arabia, and the Saudi-led coalition has retaliated with air strikes inside Yemen.

On Sunday, the coalition said it had destroyed a drone launched from the airport and aimed at civilians at Saudi Arabia’s King Abdullah airport in Jizan, near the border with Yemen.

The coalition also said on Sunday it conducted a military operation in Sanaa to destroy workshops and warehouses for drones and other weapons, urging civilians to avoid the area.

The coalition intervened in Yemen in 2015 after the Houthis ousted the internationally recognized government from Sanaa.