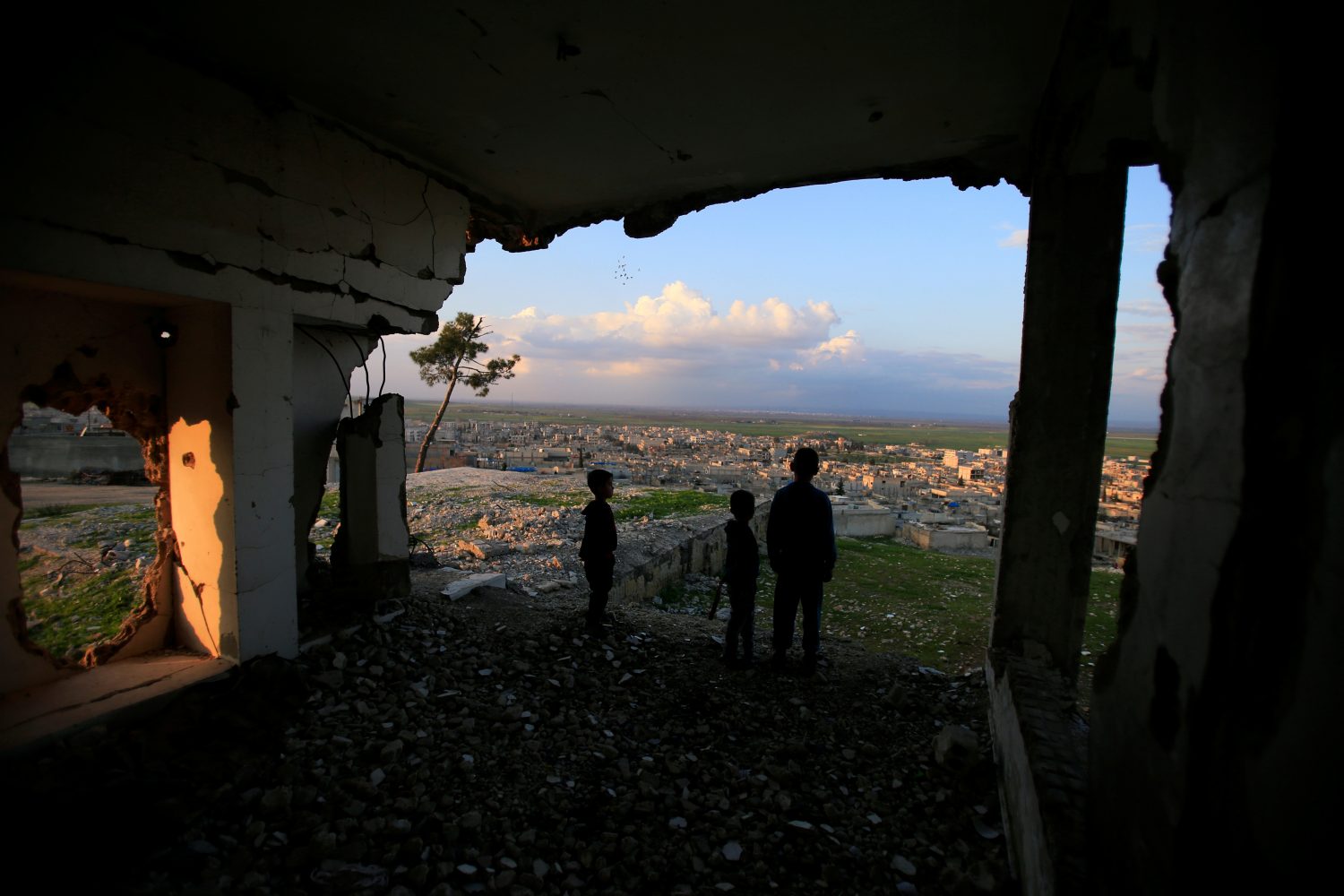 KOBANI, Syria (Reuters) – A community of Syrians who converted to Christianity from Islam is growing in Kobani, a town besieged by Islamic State for months, and where the tide turned against the militants four years ago.

The converts say the experience of war and the onslaught of a group claiming to fight for Islam pushed them towards their new faith. After a number of families converted, the Syrian-Turkish border town’s first evangelical church opened last year.

Islamic State militants were beaten back by U.S. air strikes and Kurdish fighters at Kobani in early 2015, in a reversal of fortune after taking over swaths of Iraq and Syria. After years of fighting, U.S.-backed forces fully ended the group’s control over populated territory last month.

Though Islamic State’s ultra radical interpretation of Sunni Islam has been repudiated by the Islamic mainstream, the legacy of its violence has affected perceptions of faith.

Many in the mostly Kurdish areas of northern Syria, whose urban centers are often secular, say agnosticism has strengthened and in the case of Kobani, Christianity.

Christianity is one of the region’s minority faiths that was persecuted by Islamic State.

Critics view the new converts with suspicion, accusing them of seeking personal gain such as financial help from Christian organizations working in the region, jobs and enhanced prospects of emigration to European countries.

The newly-converted Christians of Kobani deny those accusations. They say their conversion was a matter of faith.

“After the war with Islamic State people were looking for the right path, and distancing themselves from Islam,” said Omar Firas, the founder of Kobani’s evangelical church. “People were scared and felt lost.”

Firas works for a Christian aid group at a nearby camp for displaced people that helped set up the church.

He said around 20 families, or around 80 to 100 people, in Kobani now worship there. They have not changed their names.

“We meet on Tuesdays and hold a service on Fridays. It is open to anyone who wants to join,” he said.

The church’s current pastor, Zani Bakr, 34, arrived last year from Afrin, a town in northern Syria. He converted in 2007.

“This was painted by IS as a religious conflict, using religious slogans. Because of this a lot of Kurds lost trust in religion generally, not just Islam,” he said.

Many became atheist or agnostic. “But many others became Christian. Scores here and more in Afrin.” 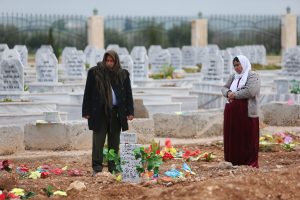 A woman reacts at a grave of her daughter, an SDF fighter killed during fightings with Islamic State militants, at a cemetery in Kobani, Syria April 4, 2019. REUTERS/Ali Hashisho

One man, who lost an arm in an explosion in Kobani and fled to Turkey for medical treatment, said he met Kurdish and Turkish converts there and eventually decided to join them.

“They seemed happy and all talked about love. That’s when I decided to follow Jesus’s teachings,” Maxim Ahmed, 22, said, adding that several friends and family were now interested in coming to the new church.

Some in Kobani reject the growing Christian presence. They say Western Christian aid groups and missionaries have exploited the chaos and trauma of war to convert people and that local newcomers to the religion see an opportunity for personal gain.

“Many people think that they are somehow benefitting from this, maybe for material gain or because of the perception that Christians who seek asylum abroad get preferential treatment,” said Salih Naasan, a real estate worker and former Arabic teacher.

Thousands of Christians have fled the region over decades of sectarian strife. From Syria they have often headed for Lebanon and European countries.

U.S. President Donald Trump pledged to help minorities fleeing the region when he imposed a travel ban on Muslims in 2016, but many Christians were denied asylum.

“It might be a reaction to Daesh (Islamic State) but I don’t see the positives. It just adds another religious and sectarian dimension which in a community like this will lead to tension,” said Naasan, a practicing Muslim.

Naasan like the vast majority of Muslims rejects Islamic State’s narrow and brutal interpretation of Islam. The group enslaved and killed thousands of people from all faiths, reserving particular brutality for minorities such as the Yazidis of northern Iraq.

Most Christians preferred not to give their names or be interviewed, saying they fear reaction from conservative sectors of society.

The population of Kobani and its surroundings has neared its original 200,000 after people returned, although only 40,000 live in the town itself, much of which lies in ruins.