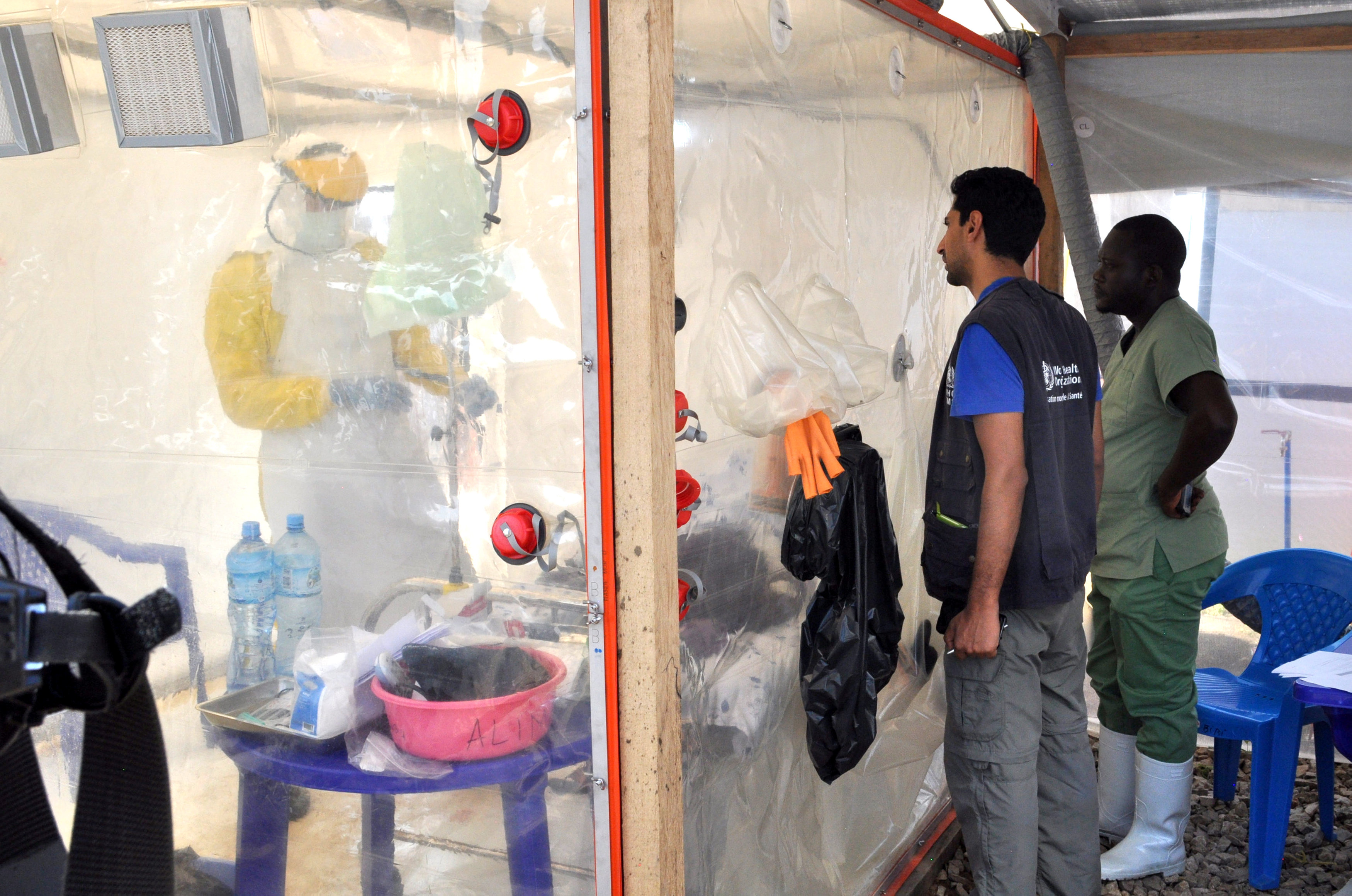 Her recovery is testament to the effectiveness of a new treatment, which isolates patients in futuristic cube-shaped mobile units with transparent walls and gloved access, so health workers no longer need to don cumbersome protective gear.

“I started to feel sick, with a fever and pain all over my body. I thought it was typhoid. I took medicine but it didn’t work,” Nzavaki told Reuters in Beni, a city of several hundred thousand, where officials are racing to contain the virus.

“Then an ambulance came and brought me to hospital for Ebola treatment. Now I praise God I’m healed.”

The fight against Ebola has advanced more in recent years than in any since it was discovered near the Congo River in 1976. When the worst outbreak killed 11,300 people in West Africa in 2013-2016, there was no vaccine and treatment amounted to little more than keeping patients comfortable and hydrated.

Now there’s an experimental vaccine manufactured by Merck which already this year helped quash an earlier outbreak of this strain of the virus on the other side of the country in under three months. And there are the cube treatment centers, pioneered by the Senegalese medical charity, ALIMA.

“With this system … where there are not people donning masks, the patients feel reassured and perceive that there is life here,” said Claude Mahoudeau, the coordinator of ALIMA’s treatment center in Beni.

In addition, three experimental treatments have been rolled out for the first time, offering patients additional reason to hope that their diagnosis is not a death sentence.

Yet even the smartest science can do little about the marauding rebel groups and widespread fear and mistrust that could yet scupper efforts to contain Congo’s tenth outbreak of the deadly haemorrhagic fever.

The latest outbreak is so far believed to have killed 90 people since July and infected another 40.

The stakes are high, not just for health reasons. Ebola could complicate Congo’s first democratic change of power, the holding of a Dec. 23 election to replace President Joseph Kabila that is already two years late. 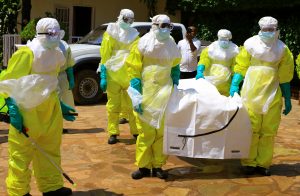 FILE PHOTO: Congolese officials and the World Health Organization officials wear protective suits as they participate in a training against the Ebola virus near the town of Beni in North Kivu province of the Democratic Republic of Congo, August 11, 2018. REUTERS/Samuel Mambo

The affected North Kivu and Ituri provinces have been a tinder box of armed rebellion and ethnic killing since two civil wars in the late 1990s. Some areas near the epicenter require armed escorts to reach because of insecurity. Two South African peacekeepers there were wounded in a rebel ambush last week.

And last week, authorities confirmed the first death from Ebola in the major trading hub of Butembo, a city of almost a million near the border with Uganda, dampening hopes that the virus was being brought under control.

Insecurity aside, the biggest challenges the government faces could be panic and downright denial, as they were during the catastrophic West Africa outbreak.

“Ebola does not exist in Beni,” resident Tresor Malala said, shaking his head. “For a long time, people got sick with fever, diarrhea, vomiting and they healed. Now someone gets a fever, they get sent to the Ebola treatment center and then they die.”

Taxi driver Mosaste Kala was equally skeptical: “The only people dying are the ones going to the … treatment center.”

Tackling these perceptions will be crucial if authorities are to halt the epidemic.

At a news conference on Saturday, Health Minister Oly Ilunga Kalenga admitted that “community resistance is the first challenge to the response to the epidemic”.

In the district of Ndindi, in Beni, Ebola is spreading due to the community’s reluctance to cooperate with health workers, the ministry says. Some locals have hidden sick relatives or refused to be vaccinated.

The problem, says school teacher Alain Mulonda, many of whose pupils were being kept at home by anxious parents, is that locals have little understanding of Ebola.

“If the population of Beni continues to show this distrust,” he said, “this disease will consume the whole town.”