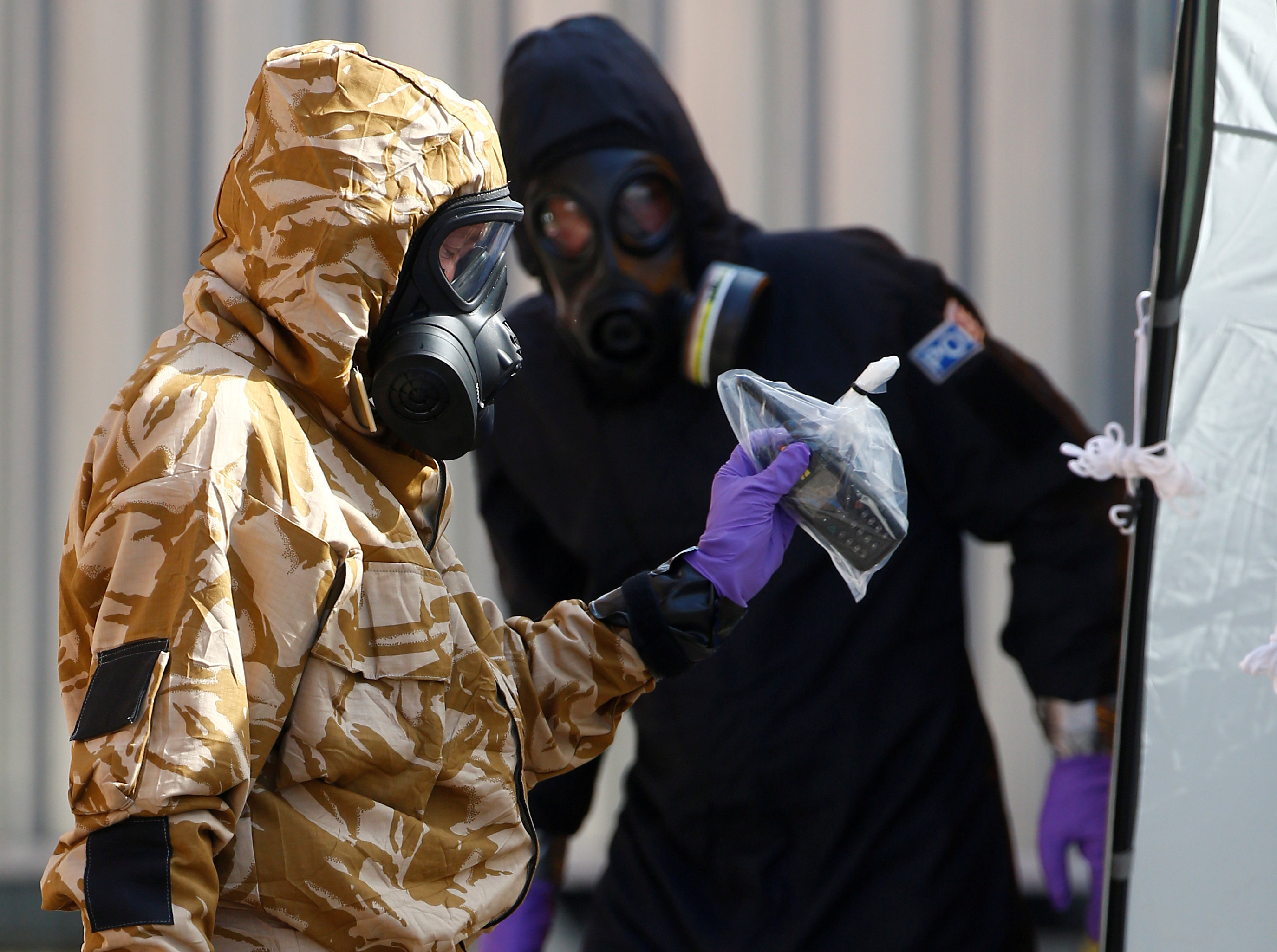 LONDON (Reuters) – Police said on Wednesday they had spoken to the man poisoned with a nerve agent as detectives sought to discover how he and his partner, who died on Sunday, were exposed to Novichok.

Charlie Rowley, 45, and Dawn Sturgess, 44, fell ill after being exposed to the poison in southwest England, close to where Russian double agent Sergei Skripal and his daughter Yulia were attacked with the same substance in March.

Sturgess, a mother of three, died on Sunday and her death is being treated as murder. However, the hospital treating Rowley said he was no longer in a critical condition and was now conscious.

“Officers from the investigation team have spoken briefly to Charlie and will be looking to further speak with him in the coming days as they continue to try and establish how he and Dawn came to be contaminated with the nerve agent,” London police said in a statement.

“Any contact officers have with Charlie will be done in close consultation with the hospital and his doctors.”

Britain and its allies have blamed Russia for the attack on the Skripals, prompting the biggest Western expulsion of Russian diplomats since the Cold War. Moscow has rejected the accusations and has hit back by expelling Western diplomats.

The Skripals, who have both been discharged from hospital after spending weeks in hospital, fell ill after the poison was applied to the ex-spy’s front door in the city of Salisbury. Sturgess and Rowley were found at a house in Amesbury, 11 km (7 miles) away.

Neil Basu, Britain’s most senior counter-terrorism officer said it might never be possible to definitively establish a link between the death of Sturgess and the poisoning of the Skripals.

He also said police could not guarantee there were no more traces of Novichok, developed by the Soviet military during the Cold War, still in England.

“I would love to be able to stand here and say how we have identified and caught those responsible and how we are absolutely certain there are no traces of nerve agent left anywhere in the county,” Basu said.

“The brutal reality, however, is that I cannot offer you any such assurances or guarantees at this time.”

Basu has previously said that due to the high dose that Sturgess and Rowley received, the hypothesis was they must have handled a contaminated container.