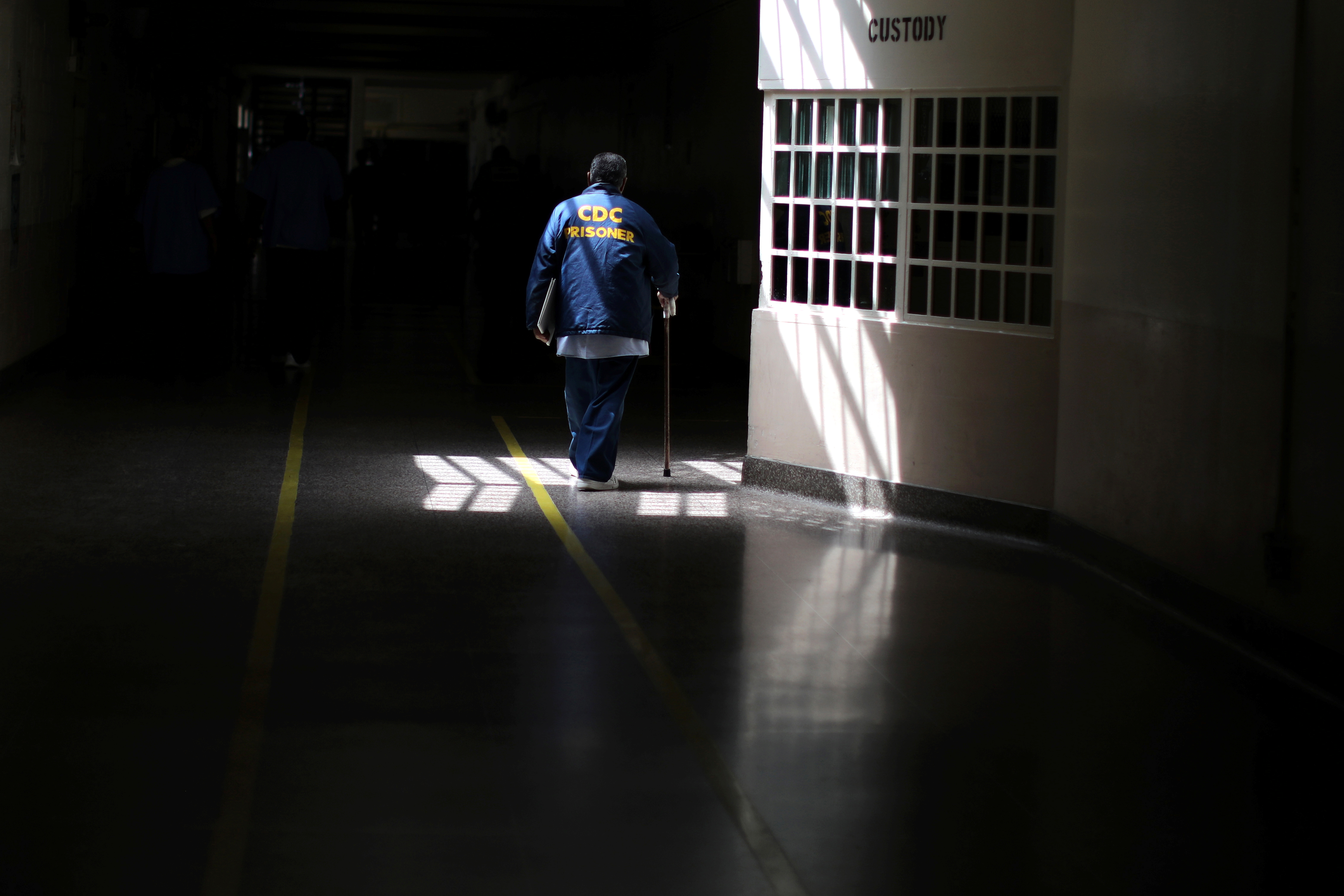 WASHINGTON (Reuters) -President Donald Trump endorsed a bipartisan U.S. House bill on Wednesday intended to reform the federal prison system and help inmates prepare for life after release, but the legislation faces an uncertain future in the Senate.

The original First Step Act, co-sponsored by Republican Doug Collins of Georgia and Democrat Hakeem Jeffries of New York, passed overwhelmingly in the House of Representatives in May and only focused on reforms aiming at reducing recidivism.

The new version, however, contains some sentencing reform measures that several key senators have long supported.

The bill in its current form would have to pass the Senate by year’s end before the new Congress is seated in January, and supporters hope that the endorsement by Trump, who has made the theme of law and order a central aspect of his presidency, will prompt Senate Republicans to act.

“Today I’m thrilled to announce my support for this bipartisan bill that will make our communities safer and give former inmates a second chance at life after they have served their time,” Trump told reporters at the White House.

“I urge lawmakers in both (the) House and Senate to work hard and to act quickly and send a final bill to my desk, and I look very much forward to signing it,” he added.

The First Step Act directs the federal Bureau of Prisons to assess which inmates should earn credits toward completing their sentences in halfway houses or home confinement.

It also broadens employment opportunities for inmates and expands compassionate release programs for the terminally ill.

The bill would do away with the “three-strike” provision that requires mandatory life sentences for third-time drug offenders, making the sentence 25 years instead.

A White House official, speaking to reporters after Trump’s remarks, said Republican Senate Majority Leader Mitch McConnell had urged proponents to wait until after the Nov. 6 congressional elections to pursue the bill and said he would ensure it made it to the Senate floor if there were enough votes in the 100-member chamber to pass it.

The official said he was optimistic they would obtain “way more” than 60 votes for the measure.

Kevin Ring, the president of FAMM, a group that pushes for criminal justice reform, said the bill “will keep more families together, strengthen communities, and keep crime low.”

Senate Judiciary Committee Chairman Charles Grassley has pushed his own criminal justice reform bill for years that is more comprehensive than the original House version because it would also reduce harsh prison sentences for non-violent offenders.

On Wednesday, he praised the First Step Act as “an important step in our shared effort to promote safe communities and improve justice … by ensuring that punishments fit the crimes, we can better balance the scales of justice.”

Earlier this year, Grassley was stunned when then-Attorney General Jeff Sessions wrote a letter condemning his legislation as a “grave error” that would reduce prison terms for “a highly dangerous cohort of criminals,” leading to a feud between the pair.

The White House official said that with support for the First Step bill from Democrats and Republicans, it could be possible to do further steps on prison reform in the future.