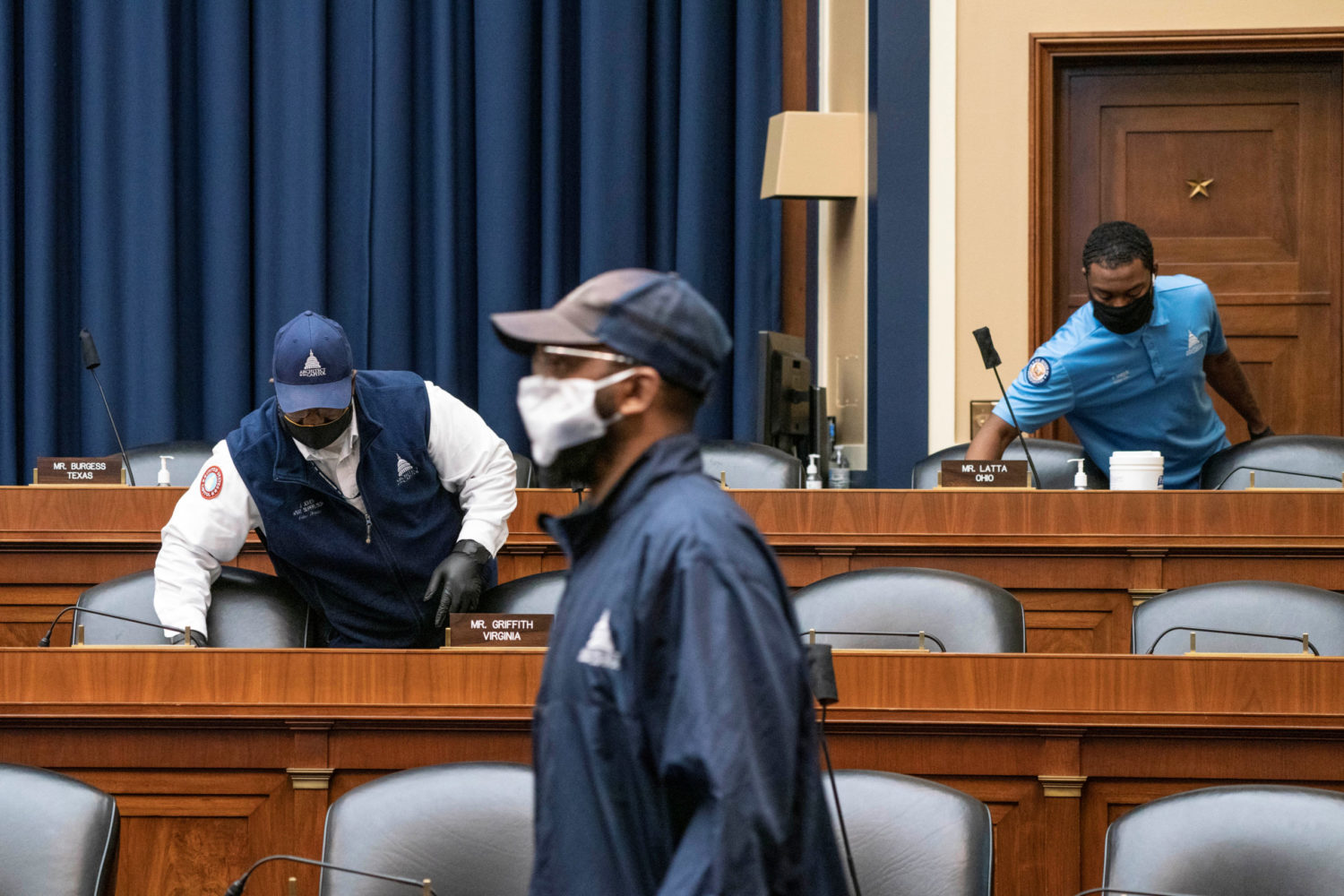 By Nandita Bose and Jarrett Renshaw

WASHINGTON (Reuters) – President Joe Biden on Tuesday will continue his push for a national $15 minimum wage with an executive order that raises pay to at least that level for hundreds of thousands of federal contract workers, according to senior White House officials.

The move will increase the current minimum wage of $10.95 by nearly 37% by March of next year and continue to tie future increases to inflation.

It will apply to federal workers from cleaning and maintenance staff to food service contractors and laborers, sweeping in tipped workers who were previously left out of the last increase under former President Barack Obama.

Biden has expressed his belief that strong unions and higher wages can resurrect America’s middle class while helping bridge economic and racial inequities, and the executive order is his latest step in support of the organized labor movement.

Biden has often been called the most pro-union president ever by labor groups.

On Monday, he signed another order to create a White House task force that will promote unions and labor organizing, which will be headed by Vice President Kamala Harris. The move was a significant attempt to use the federal government’s resources to help stem a decline in union membership in the country.

Since taking office, Biden has also ousted government officials whom unions have called hostile to labor and reversed Trump-era rules that weakened worker protections. He even appeared in a video alluding to workers in an Amazon facility in Alabama to vote to form a union – an effort that did not end in success.

Biden tried to insert a federal $15 minimum wage into the $1.9 trillion COVID-19 relief bill signed in March, but it was tossed on a procedural matter by the Senate parliamentarian.

The move to hike base wages for federal contractors was an ask Biden made of his administration in the first few days after taking office and he has vowed to keep pushing for it.

It builds on an order issued by former President Obama, which required federal contractors to be paid $10.10 an hour indexed to inflation. That rate now stands at $10.95 an hour.

“This would not lead to reduced employment…but would enhance worker productivity and then create higher quality work by boosting workers’ health, morale and effort,” a senior administration official said.

The administration official said the order’s impact was reviewed by Biden’s Council of Economic Advisors which found the decision would help employers reduce turnover and lower recruitment and training costs.

Biden’s latest executive order will require all federal agencies to include the increase in new contract solicitations by January 30, 2022. Two months from then they will be required to implement the base wage into new contracts.

The order also indexes the raise to inflation after 2022, and ends the tipped minimum wage for workers such as those offering seasonal recreational services, food servers and shuttle bus drivers. It also ensures $15 an hour for federal contractors with disabilities.