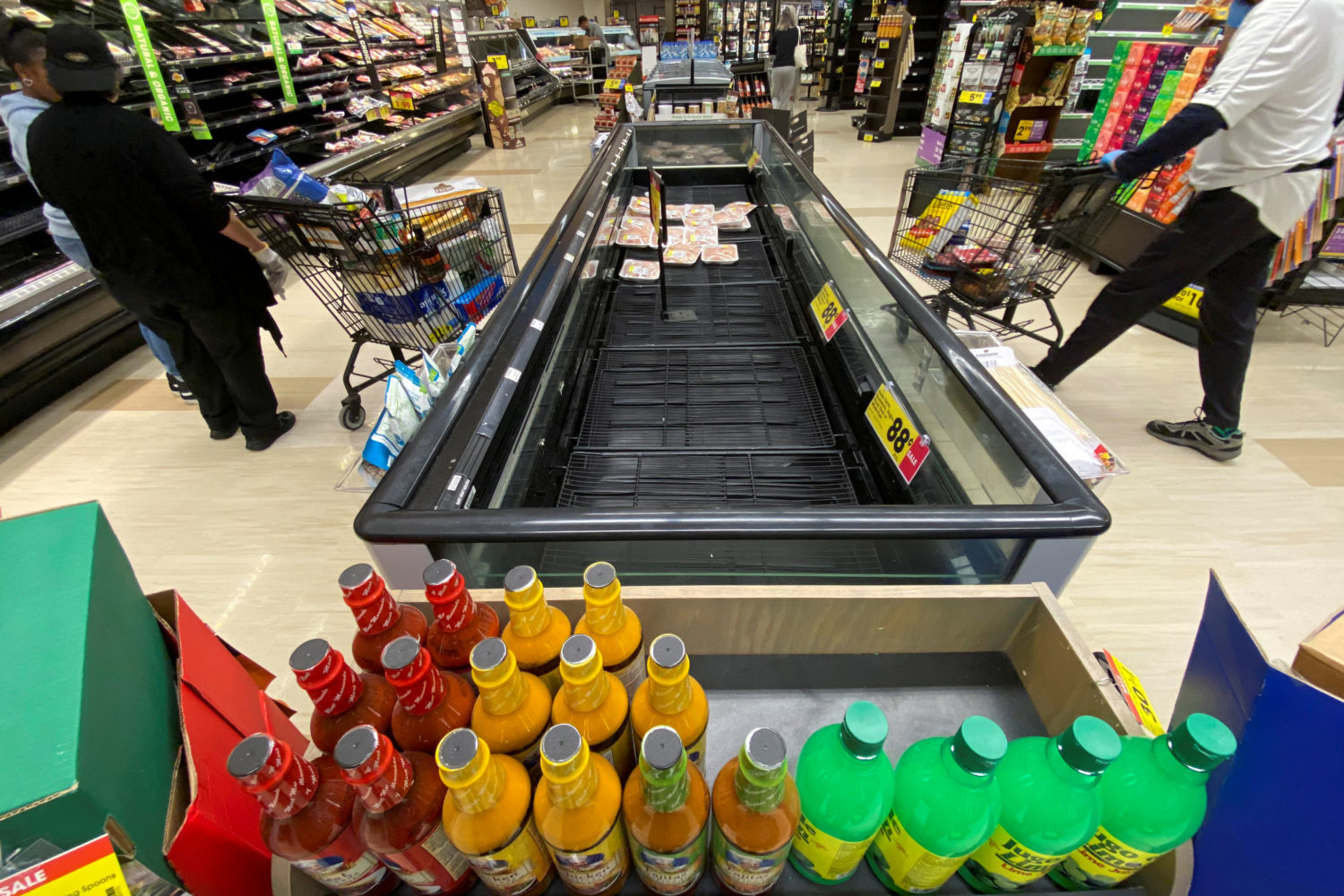 WASHINGTON (Reuters) – The United States is launching a task force to address market manipulation, hoarding and price gouging related to the coronavirus pandemic, following an order by President Donald Trump to crack down on such crimes.

At the same time, federal law enforcement agencies across the country are prioritizing investigations into an array of coronavirus-related crimes following reports they have surged.

“You should be on the lookout for these sorts of schemes,” Rosen wrote in the memo, which was directed to the heads of all the Justice Department’s law enforcement components and all U.S. Attorneys offices.

Other reported crimes included threats of violence to local mayors and robberies of patients and doctors leaving hospitals.

In a separate memo, Attorney General William Barr said the new task force on hoarding and price gouging will be led by Craig Carpenito, the U.S. Attorney for the District of New Jersey.

“We must do the best we can to protect Americans’ rights and safety in this novel and troubling time,” Barr wrote.

The coronavirus pandemic has killed more than 660 people in the United States and infected more than 50,000, with some officials warning the crisis could last for months.

Law enforcement officials who specialize in healthcare and drug-related crimes who spoke with Reuters this week said they anticipated rising crime as fraudsters seek to capitalize on people’s fears about the outbreak.

Marking its first coronavirus case, the Justice Department revealed on Sunday it had closed down a website selling non-existent vaccines.

Barr has already launched investigations into the hoarding and price gouging of critical medical supplies, part of actions tied to an executive order by President Donald Trump that authorizes the criminal prosecution of anyone whose purchases exceed reasonable limits. 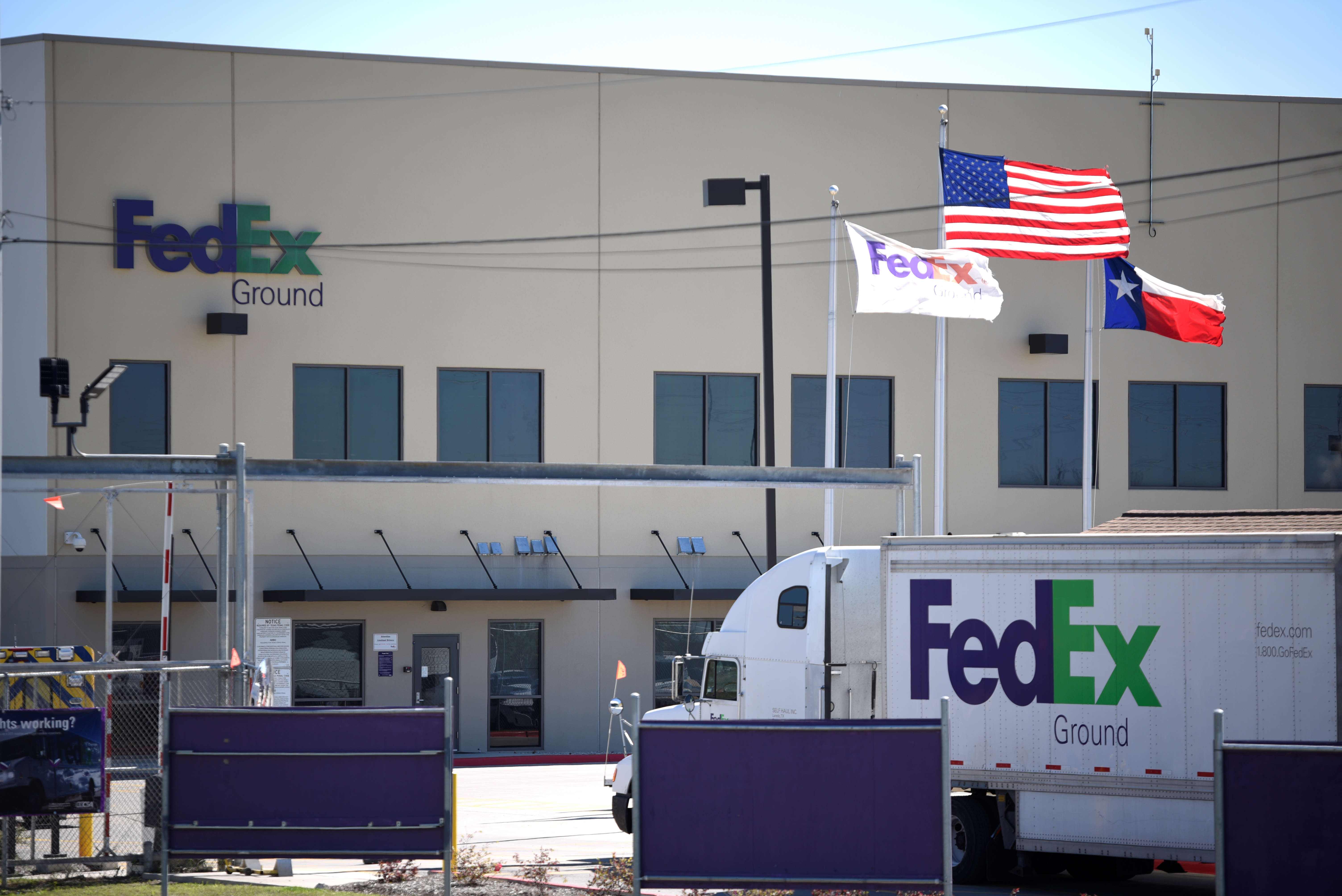 By Jon Herskovitz and Jim Forsyth

AUSTIN/SCHERTZ, Texas (Reuters) – A package bomb blew up at a FedEx distribution center near San Antonio on Tuesday, the fifth in a series of attacks that have rocked Texas this month and sent investigators on a frantic search for what they suspect is a serial bomber.

The package filled with nails and metal shrapnel was mailed from Austin to another address in Austin and passed through a sorting center in Schertz, about 65 miles (105 km) away, when it exploded on a conveyer belt, knocking a female employee off her feet, officials said.

It was the fifth explosion in Texas in the past 18 days and the first involving a commercial parcel service.

“We do believe that these incidents are all related. That is because of the specific contents of these devices,” interim Austin Police Chief Brian Manley told members of the Austin City Council, the Austin American-Statesman reported.

A second package sent by the same person was discovered and turned over to law enforcement, FedEx Corp said in a statement. Meanwhile police had surrounded yet another FedEx location in the Austin area after discovering a suspicious package there.

The series of bombings have unsettled Austin, the state capital of some 1 million people, and drawn hundreds of federal law enforcement investigators to join local police. Schertz lies on the highway between Austin and San Antonio.

Speaking through the media, officials have appealed to the bomber to reveal the motives for the attacks. They have also asked the public for any tips, offering a $115,000 reward for information leading to the arrest and conviction of the culprit.

White House spokeswoman Sarah Sanders said in a tweet: “We are committed to bringing perpetrators of these heinous acts to justice. There is no apparent nexus to terrorism at this time.”

The White House did not respond to a request for comment on whether it was ruling out both international and domestic terrorism.

“This is obviously a very, very sick individual, or maybe individuals,” President Donald Trump told reporters. “Theseare sick people, and we will get to the bottom of it.”

Investigators were trying to come up with a theory or intelligence regarding the motive for the bombings or identity of the bomber or bombers, a U.S. security official and a law enforcement official told Reuters. 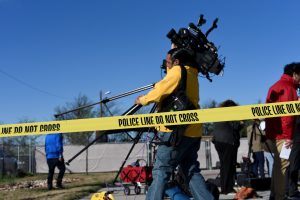 Members of the media move cameras around before the start of a news conference outside the scene of a blast at a FedEx facility in Schertz, Texas, U.S., March 20, 2018. REUTERS/Sergio Flores

The Federal Bureau of Investigation was investigating the FedEx package explosion as if there were a connection to the Austin bombings, the law enforcement official said. Both sources declined to be identified.

The individual or people behind the bombings are likely to be highly skilled and methodical, said Fred Burton, chief security officer for Stratfor, a private intelligence and security consulting firm based in Austin.

“This is a race against time to find him before he bombs again,” Burton said.

The first three devices were parcel bombs dropped off in front of homes on in three eastern Austin neighborhoods. The fourth went off on Sunday night on the west side of the city and was described by police as a more sophisticated device detonated through a trip wire.

The four devices were similar in construction, suggesting they were the work of the same bomb maker, officials said.

Federal authorities at the scene of Tuesday’s blast offered few details, telling reporters their probe was in the early stages and that the building would be secured before investigators could gather evidence.

The FBI and the Bureau of Alcohol, Tobacco, Firearms and Explosives (ATF) were among those working with local officials in Austin, Schertz and San Antonio.

“We have agents from across the country. We have our national response team here. We have explosive detection canines here. We have intel research specialists,” Frank Ortega, acting assistant special agent in charge of the San Antonio ATF office, told reporters. “We’ve been working around the clock.”