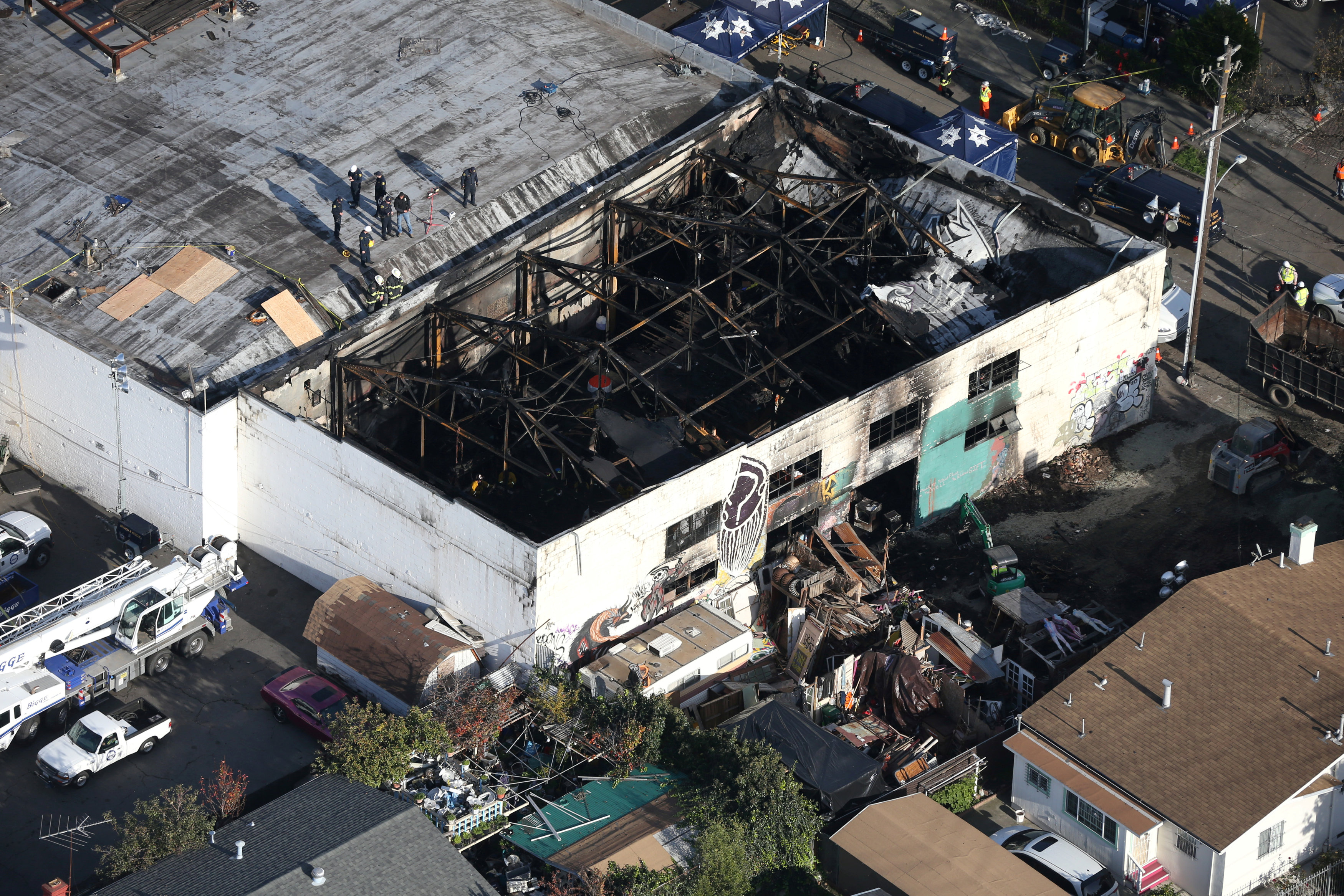 (Reuters) – Two men were charged with involuntary manslaughter on Monday for creating what prosecutors described as a “fire trap” at Oakland, California, warehouse where 36 people died in a blaze at an illegal dance party last year.

Derrick Ion Almena, 47, and Max Harris, were taken into custody elsewhere in the state earlier on Monday and face up to 39 years in prison if convicted, Alameda County District Attorney Nancy O’Malley said at a press conference.

Almena rented the warehouse, which was known as the Ghost Ship, and ran it as an art collective and communal residence. The San Francisco Chronicle reported that Harris was a creative director of the art space.

“Defendants Almena and Harris knowingly created a fire trap with inadequate means of escape, then filled that area with human beings,” O’Malley said. “And they are now facing the consequences of their actions.”

The 10,000-square-foot building lacked sprinklers and smoke detectors, and wooden pallets partially formed a makeshift stairway between the first and second floors, officials have said. It had just two exterior doors.

On Dec. 2, flames raced through what authorities say was an illegal, rave-style dance party on the second floor of the sprawling two-story building, which had a warehouse permit but was leased to the artists’ collective.

It was the deadliest fire in the United States since 100 people perished in a 2003 Rhode Island nightclub fire.

Reuters has reported that in the two years leading up to the fire, city officials entered the building on numerous occasions and had multiple opportunities to see that residents were illegally living there in hazardous conditions.

The Oakland Police Department received dozens of complaints about the warehouse and went inside at least half a dozen times, according to police reports and accounts from former tenants and visitors.

O’Malley said Almena and Harris were criminally negligent because they had allowed people to live in the warehouse unbeknownst to the city, fire department and owners, permitting illegal construction and floor-to-ceiling storage that proved highly flammable.

On the night of the dance party, she said, the men blocked one exit to the building as party-goers gathered there and provided no lighted exit pathways to the remaining outside door.

“The paying guests to this event faced a nearly impossible labyrinth to get out of the building,” O’Malley said.

Authorities say that because nearly all of the evidence was destroyed by the flames, the precise cause of the fire may never be determined.