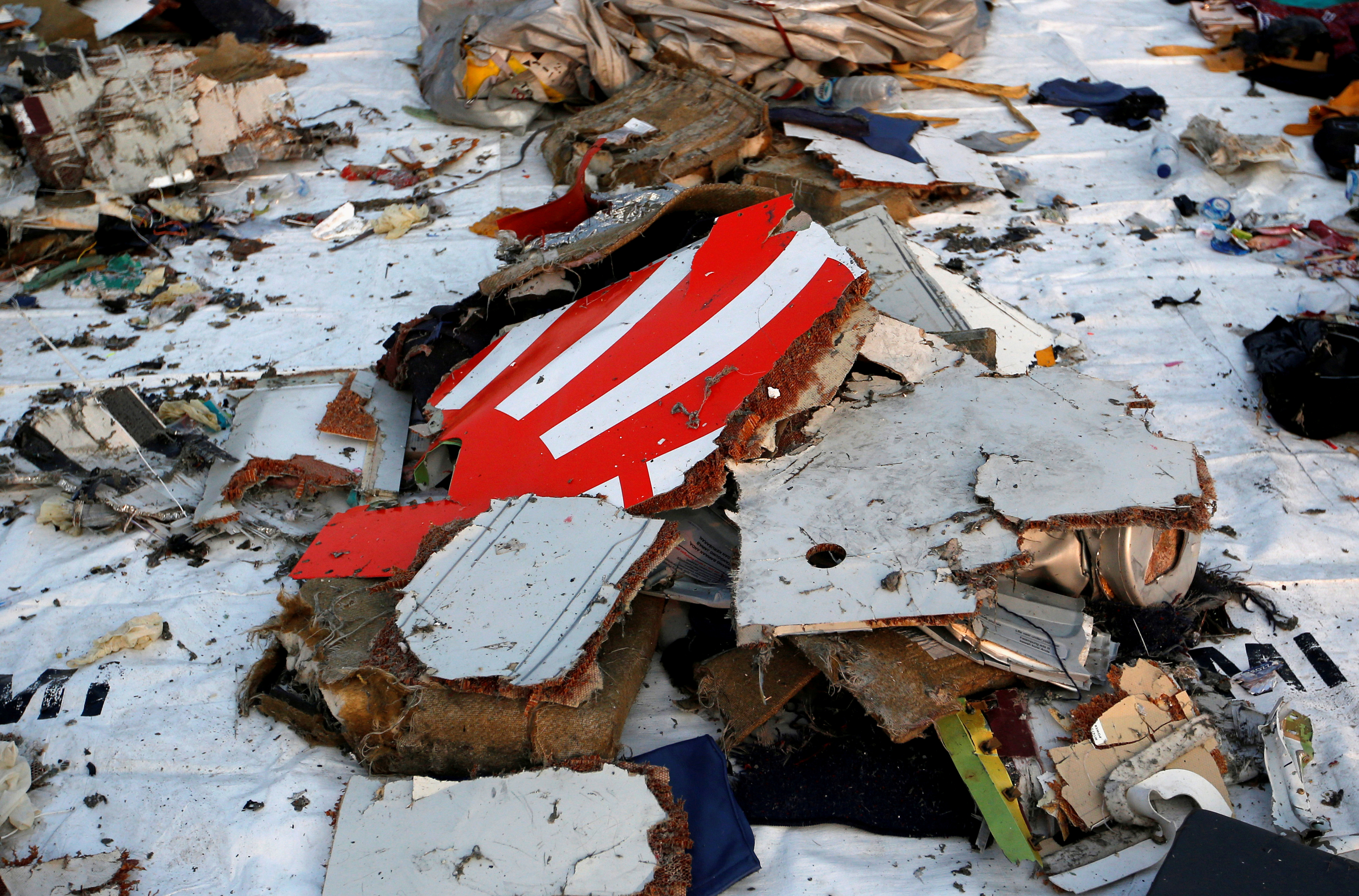 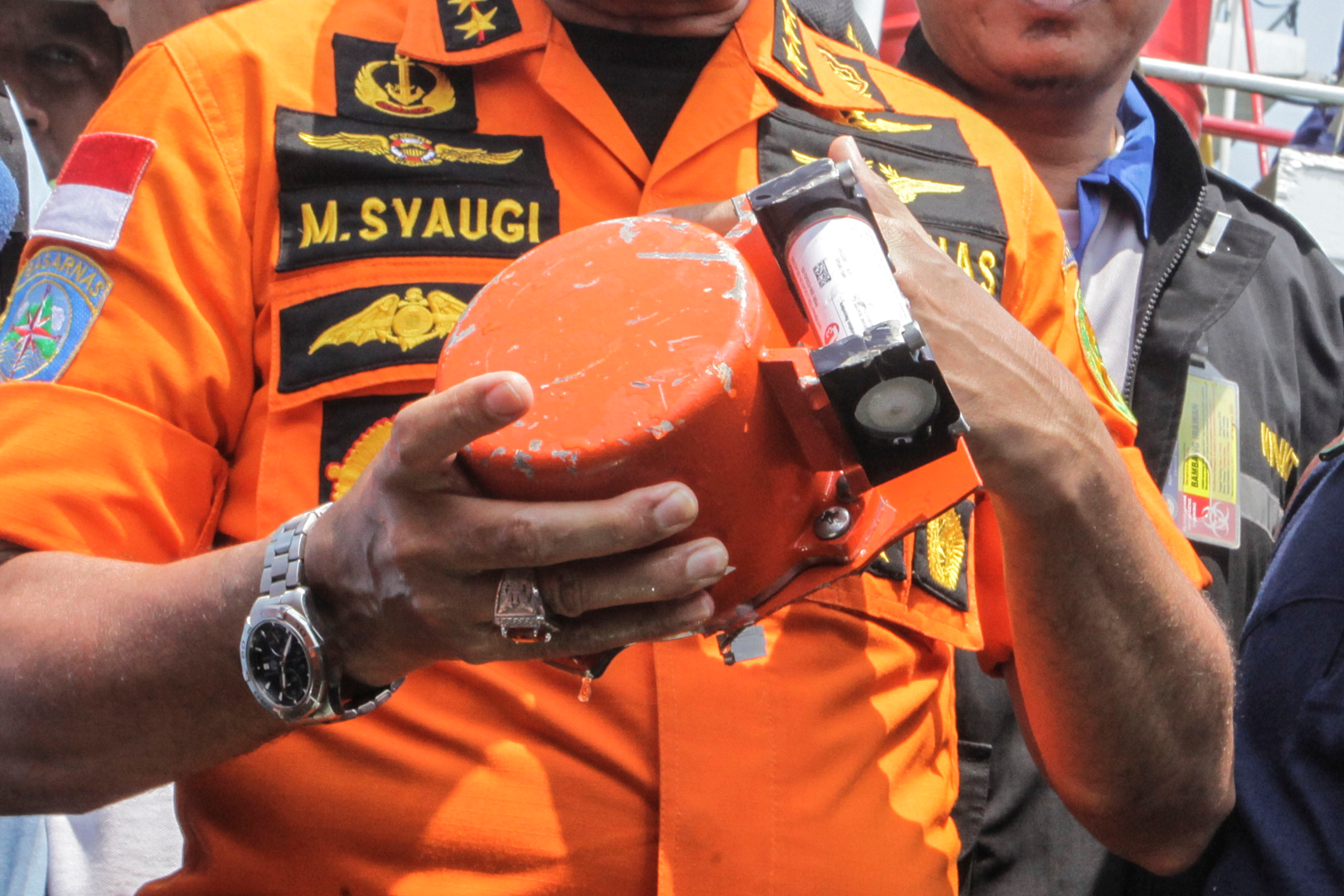 JAKARTA (Reuters) – Indonesian authorities on Thursday retrieved a flight data recorder from a Lion Air jet that crashed and broke apart in shallow sea near the capital, Jakarta, this week, killing all 189 people on board.

Investigations into the world’s first crash of a Boeing Co 737 MAX, introduced into commercial service last year, will be scrutinized by the global aviation industry.

“Hopefully, this can unveil the mystery behind the plane crash,” Indonesia’s transportation safety committee chief Soerjanto Tjahjono told a news conference at Jakarta’s main port after receiving the device, known as a black box.

The data it holds should provide clues to what went wrong with the plane, which had only been in service since August.

It lost contact with ground staff just 13 minutes after taking off early on Monday from Jakarta, on its way to the tin-mining town of Pangkal Pinang.

The pilot had asked to return to base shortly after take-off, and ground control officials had approved the request.

A navy diver told broadcaster Metro TV on board a search vessel his team found the orange-colored box intact in debris on the muddy seafloor.

Indonesia’s transportation safety committee (KNKT) will analyze its data in Jakarta, which could take up to two weeks.

Searchers have yet to find the second black box containing recordings of cockpit conversations. Strong currents have hampered search efforts, complicated by the presence of energy pipelines in the area.

The discovery of the black box may provide some relief to grieving relatives. But hopes are fading of finding a large section of fuselage intact with bodies, easily retrievable, inside.

The commander of the navy divers involved in the search was quoted by the Kompas.com news portal as saying divers had found many bodies. But only one has been identified.

The investigation will be carried out with help from Boeing, General Electric and the Federal Aviation Federation, officials have said.

It will also focus on four of Lion Air’s staff including its technical director who were suspended by Indonesia’s transportation ministry on Wednesday amid speculation the aircraft was not airworthy.

“For now, we will focus on two primary causes,” KNKT deputy chief Haryo Satmiko told Reuters, referring to equipment and the people who flew, maintained and managed the aircraft.

The transport ministry suspended for 120 days Lion Air’s maintenance and engineering director, fleet maintenance manager and the release engineer who gave the jet permission to fly on Monday, it said in a press release.

Founded in 1999, the privately owned budget carrier’s aircraft have been involved in at least 15 safety incidents and it has faced tougher international safety restrictions than other Indonesian airlines.

It will now be subjected to more intensive “on-ramp” inspections compared with other airlines, authorities said.

President Joko Widodo has also ordered a review of all regulations relating to flight safety.

Indonesia is one of the world’s fastest-growing aviation markets. Its transportation safety committee investigated 137 serious aviation incidents from 2012 to 2017.

Lion Air said the aircraft that crashed had been airworthy and the pilot and co-pilot had 11,000 hours of flying time between them.

But according to the transport safety committee, the plane had technical problems on its previous flight on Sunday, from the city of Denpasar on the resort island of Bali, including an issue over “unreliable airspeed”.

Lion Air chief executive Edward Sirait has acknowledged reports of technical problems with the aircraft but said maintenance had been carried out “according to procedure” before it was cleared to fly again.

Lion Air’s only other fatal accident was in 2004 when an MD-82 crashed upon landing at Solo City, killing 25 of the 163 people on board, according to the Flight Safety Foundation’s Aviation Safety Network.

In April, the airline announced a firm order to buy 50 Boeing 737 MAX 10 narrowbody jets with a list price of $6.24 billion. It is one of the U.S. planemaker’s largest customers globally and was the first carrier globally to take delivery of the 737 MAX last year. 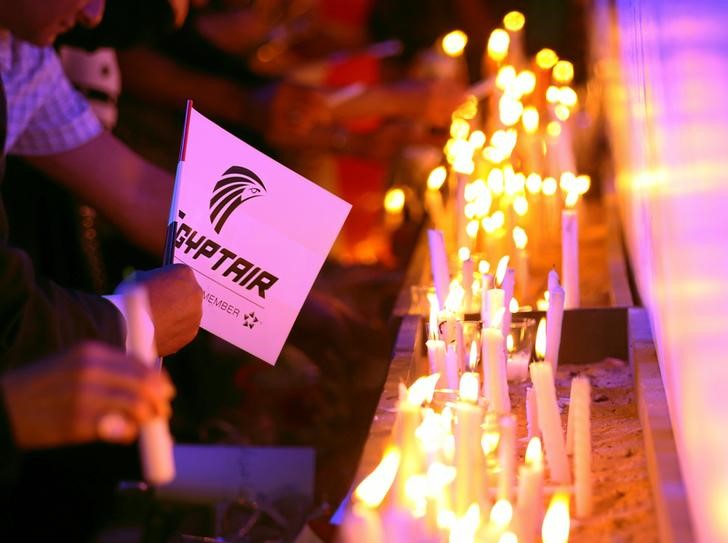 CAIRO (Reuters) – A second flight recorder has been retrieved from the crashed EgyptAir flight MS804, containing data from aircraft systems which could shed light on what brought the plane down last month, Egyptian investigators said on Friday.

An Egyptian committee investigating the crash into the eastern Mediterranean Sea made the announcement a day after search teams found the cockpit voice recorder in a breakthrough for investigators seeking to explain what caused the plane to go down, killing all 66 people on board.

The Airbus A320 crashed early on May 19 on its way from Paris to Cairo. The two blackbox recorders are crucial to explaining what went wrong.

The Egyptian investigation committee said preparations were under way to transfer the two flight recorders to Alexandria where they will be received by an official from the general prosecutor’s office and investigators.

No group has claimed responsibility for bringing down the plane, but investigation sources have said that it was too early to rule out any causes, including terrorism.

If intact, the cockpit recorder should reveal pilot conversations and any cockpit alarms, as well as other clues such as engine noise. But crash experts say it may provide only limited insight into what caused the crash, especially if the crew was confused or unable to diagnose any faults.

For that, the second black box containing data from the aircraft systems is needed.

The crash is the third blow since October to Egypt’s travel industry, which is still suffering from the 2011 uprising that ended Hosni Mubarak’s 30-year rule.

A Russian plane crashed in the Sinai Peninsula last October, killing all 224 people on board in an attack claimed by Islamic State. In March, an EgyptAir plane was hijacked by a man wearing a fake suicide belt. No one was hurt.