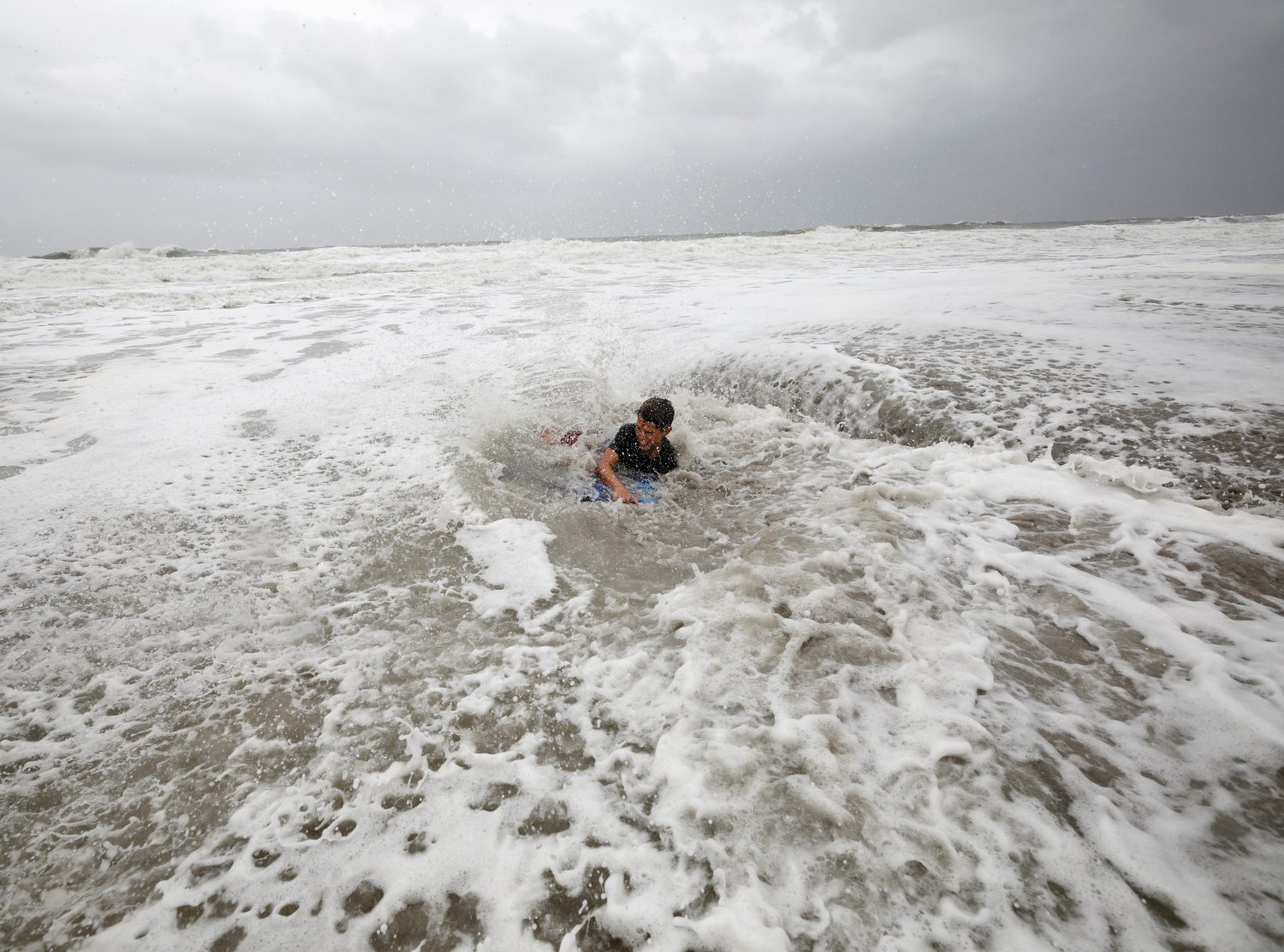 By Nick Carey and Amanda Becker

Water pooled a few inches deep near the centuries-old waterfront. In certain low-lying blocks, it rose to a foot or more, as high tide approached and forecasters warned of storm surges of up to 8 feet (2 meters).

John Rivers, 74, and his three children were among the few to be seen in the streets on Thursday. They cleared drains of branches, leaves and debris, using a shovel, a rake and their bare hands.

“We’re giving the water somewhere to go,” Rivers said, sheltering temporarily from the driving rain and gusts of wind under a covered walkway. His daughter Caroline, 12, pulled off her rubber boots one at a time, emptying a stream of water from each. “I see this as a good life lesson for my kids,” Rivers said.

Officials said Thursday afternoon that more than 7 inches (18 cm) of rain had fallen in parts of Charleston.

Dorian was about 50 miles (80 kilometers) off Charleston on Thursday, wavering in strength between a Category 2 and 3 on the five-step Saffir-Simpson wind scale. It was forecast to possibly make landfall in North Carolina late Thursday or early Friday.

Life-threatening storm surges and dangerous winds were possible in much of the coast of South Carolina, North Carolina and Virginia, the National Weather Service said.

Dorian whipped up at least three tornados in the region, officials said. One in North Carolina damaged scores of trailers in a campground in Emerald Isle, but no one was injured, North Carolina’s News & Observer reported.

Governors in the region declared states of emergency, closed schools, opened shelters, readied national guard troops and implored residents to take warnings seriously, as fresh images of the devastation wrought by the storm in the Bahamas earlier this week continued to circulate in the media.

At least 70,000 Bahamians needed immediate humanitarian relief after Dorian became the most damaging storm ever to hit the island nation.

In the Carolinas alone, more than 900,000 people had been ordered to evacuate their homes. It was unclear how many did so.

In Kill Devil Hills, in North Carolina’s Outer Banks, Mark Jennings decided to ignore the order, lining his garage door with sandbags and boarding up his home with plywood.

The retired firefighter planned to stay put with his wife and two dogs: “We are ready to go. If something happens, we can still get out of here.”

FOUR DEATHS IN THE U.S.

At least four storm-related deaths have already been reported. Three people died in Orange County, Florida, during storm preparations or evacuation, according to the Orange County mayor’s office. In North Carolina, an 85-year-old man fell off a ladder while barricading his home for Dorian, the governor said.

More than 210,000 homes and businesses were without power in South Carolina and Georgia early on Thursday, according to local electric companies.

On Charleston’s historic South Battery Street, which runs down to the harbor, Brys Stephens tried to keep the water away from his stately home, built in the veranda-wrapped Southern style that lures crowds of tourists to the city.

He and his family pumped water out of the yard and tried to reattach metal flood gates into the perimeter wall.

“The gates worked pretty well so far and we’ve managed to keep water away from the house,” Stephens said. “But we’ve got another storm surge coming later on, so we’ll see then if it holds.”