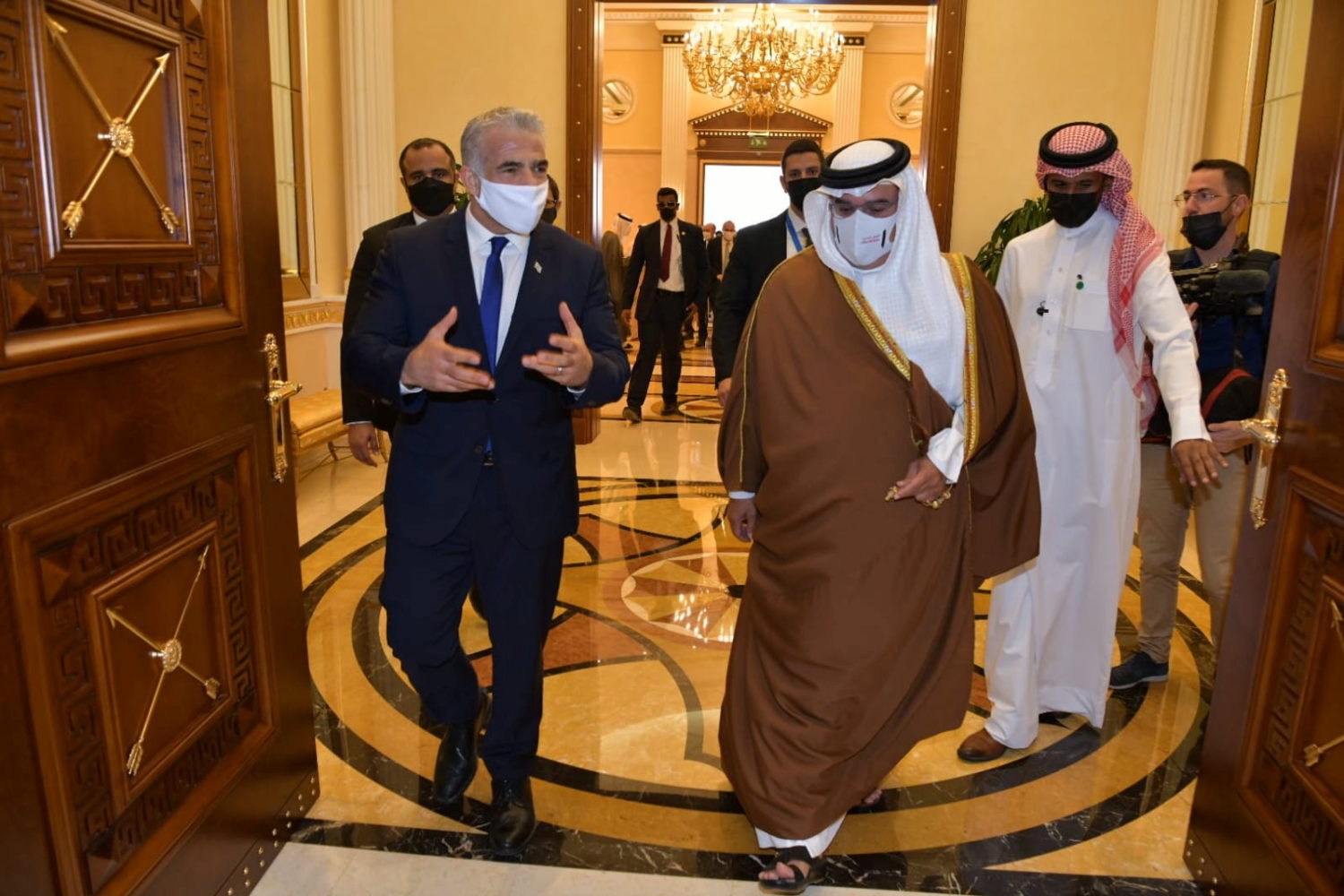 He also held talks with his Bahraini counterpart and will inaugurate Israel’s embassy in Manama.

“His Majesty’s leadership and inspiration have led to true cooperation and our meeting outlined the path forward for our relationship,” Lapid said on Twitter after meeting the king.

“We see Bahrain as an important partner, on the bilateral level but also as a bridge to cooperate with other countries in the region,” an Israeli Foreign Ministry spokesperson said.

The accords had been denounced by the Palestinians as abandoning a unified position under which Arab states would make peace only if Israel gave up occupied land.

In Gaza, the Islamist Hamas group criticized Bahrain for hosting Lapid, who returns to Israel on Thursday evening. Hamas spokesman Hazem Qassem said this represented “an encouragement” of what he described as Israeli “crimes against our Palestinian people and their sacred sites”.

The accords have also been criticized by Bahraini opposition figures, speaking largely from abroad, as well as locals who stand against normalization.

The island state, which quashed an uprising led mostly by Shi’ite Muslim members of its population in 2011, saw some sporadic acts of protest after the pact was signed.

On Thursday Bahraini activists circulated on social media images of what appeared to be small protests in Bahrain, including some tire burnings. Reuters was unable to independently verify these.

The Sunni-ruled kingdom, host to the U.S. Navy’s Fifth Fleet, accuses Iran of stoking unrest in Bahrain, a charge that Tehran denies.

The Israeli Foreign Ministry said five memorandums of understanding will be signed, including cooperation agreements between hospitals and water and power companies.

Bahrain’s Gulf Air is due to make its first direct commercial flight to Tel Aviv later in the day.