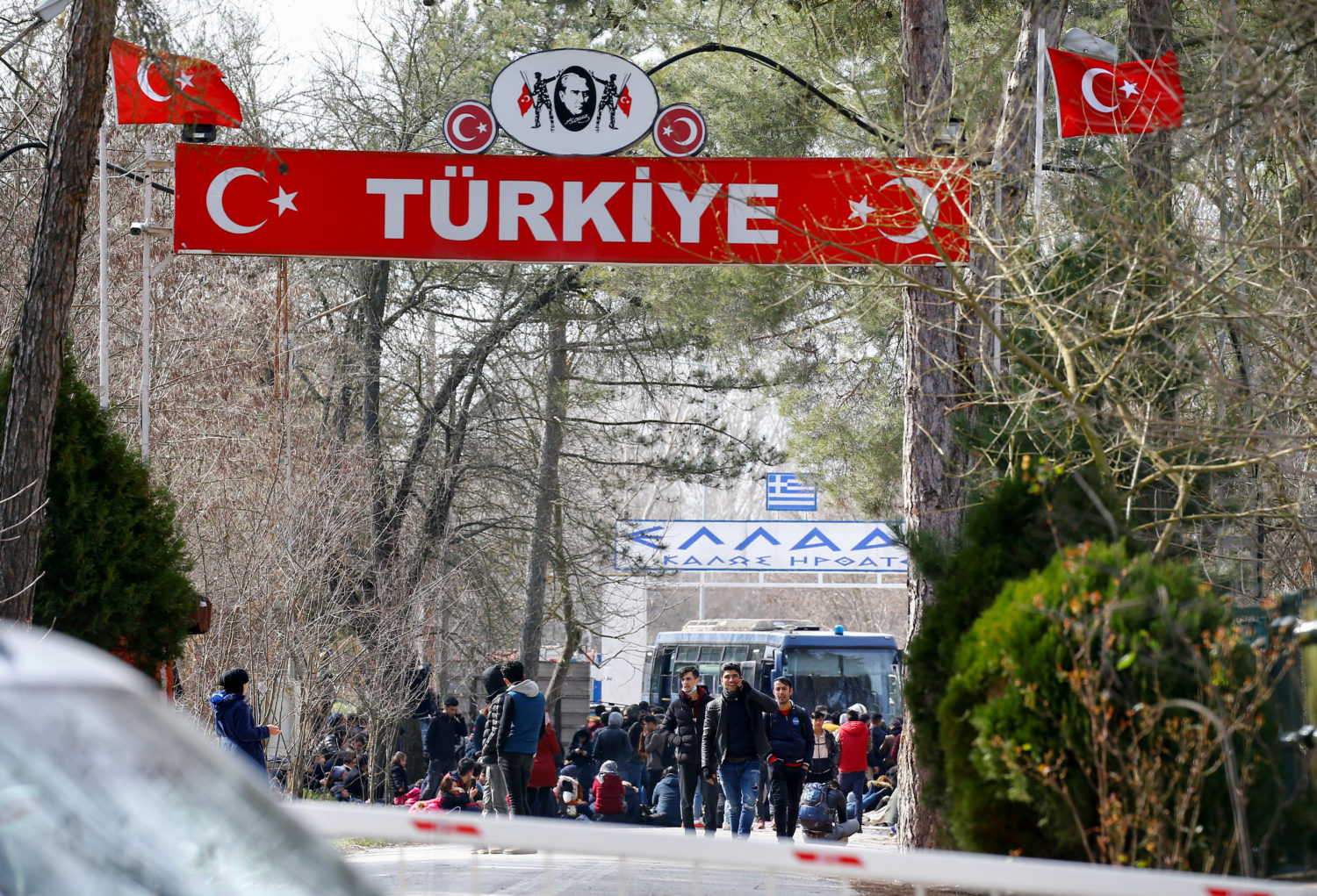 By Bulent Usta and Ali Kucukgocmen

ISTANBUL (Reuters) – Hundreds of migrants in Turkey started arriving on the borders with Greece and Bulgaria on Friday after a senior Turkish official said Ankara would no longer abide by a 2016 EU deal and stop refugees from reaching Europe.

Greece and Bulgaria, both European Union member states, said they were beefing up frontier controls to prevent the migrants crossing illegally. Bulgaria said it was sending 1,000 extra troops to its border with Turkey.

Reuters TV footage showed migrants walking near the Greek border, some carrying plastic bags and small children, while Greek police and border vehicles patrolled on the other side of the fence. Similar scenes unfolded at the Bulgarian border.

On the Aegean coast, Turkish broadcasters showed two dozen people, including women and children, aboard a rubber dinghy boat. They were reportedly bound for the Greek island of Lesbos.

“We heard about (Turkey’s decision) on the television,” said Afghan migrant Sahin Nebizade, 16, one of a group of migrants packed into one of three taxis that were parked on a highway on the outskirts of Istanbul.

“We’ve been living in Istanbul. We want to go to Edirne and then on to Greece,” he said before the taxis headed for the northwestern province of Edirne.

Syrians, Iranians, Iraqis, Pakistanis and Moroccans were among the migrants heading towards the border crossings with Greece and Bulgaria, about 200 km (125 miles) west of Istanbul, Turkey’s pro-government Demiroren news agency said.

Hamid Muhammed, holding a young girl at the Greek border, told Reuters that Greek police were not letting him enter.

“There are many problems here (in Turkey). We want the Turkish and European governments to open this gate,” he said.

“THERE IS NO WORK HERE”

Turkey’s decision to make good on threats long issued by President Tayyip Erdogan to “open the gates” to Europe came after 33 Turkish troops were killed in an air strike by Syrian government forces in Syria’s northwestern Idlib region.

Some one million civilians have been displaced in Syria near Turkey since December as Russian-backed Syrian government forces seized territory from Turkish-backed Syrian rebels, creating the worst humanitarian crisis in the nine-year war.

Turkey already hosts some 3.7 million Syrian refugees and says it cannot handle any more. The EU said on Friday it had received no official word from Ankara that it had suspended the 2016 deal, whereby Brussels sends billions of euros in aid in return for Turkey stemming the migrant flow to Europe.

The scenes at the borders on Friday will revive memories of the 2015 migrant crisis, when more than a million people, mostly from the Middle East and Asia, trekked from Turkey across the Balkans towards western Europe, igniting furious rows between EU governments and fuelling support for far-right parties.

Syrians boarding buses for the border in Istanbul’s Fatih district complained of economic difficulties in Turkey and said they hoped to build a better life in Europe.

“There is no work here. Turkey is not nice at all, Europe is nicer,” said Muhammed Abdullah, 25, adding that he wanted to go to Germany.