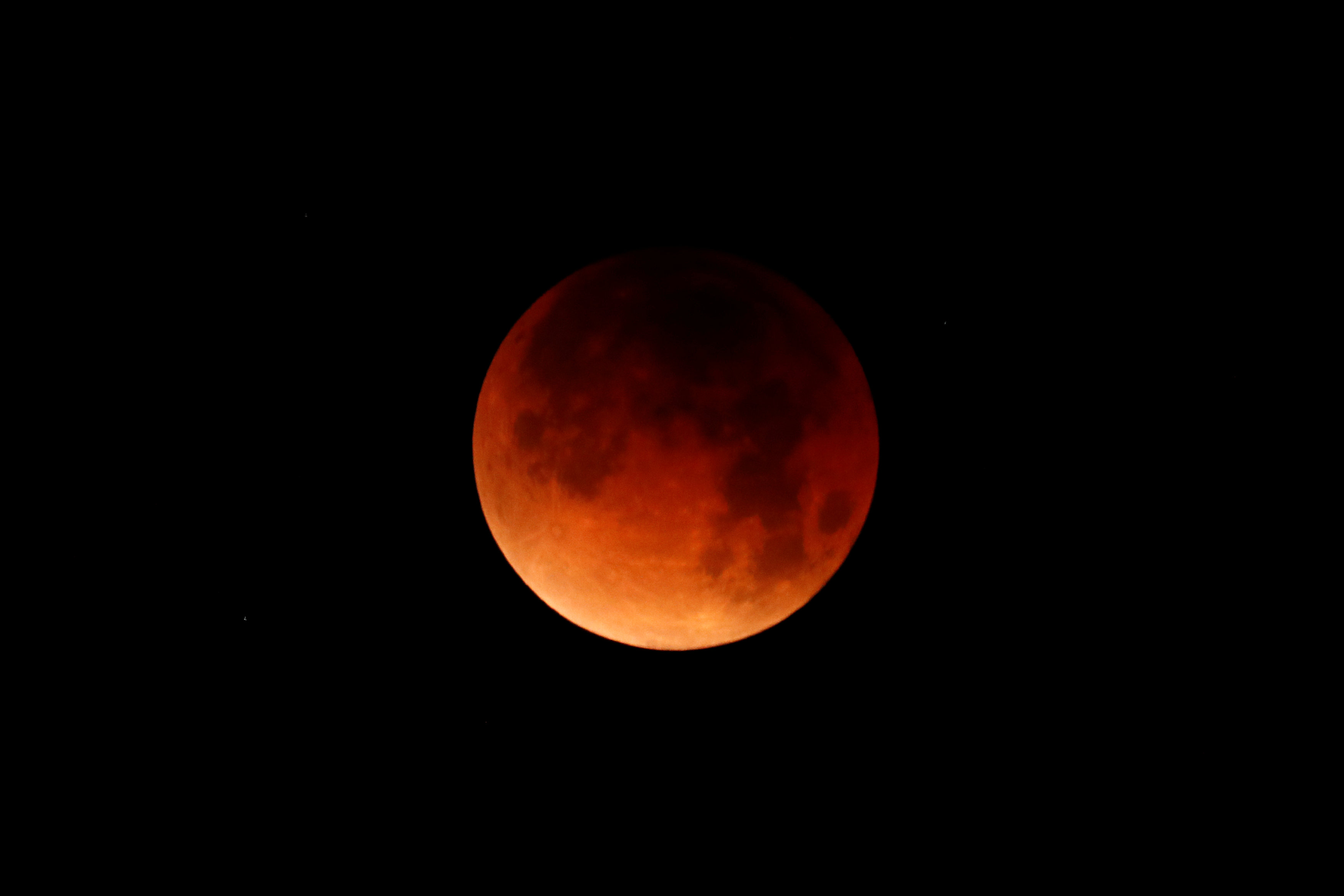 LOS ANGELES (Reuters) – A thousand people crowded on a hilltop outside Los Angeles before dawn on Wednesday for one of the best views in America of a rare lunar eclipse called a “Super Blue Blood Moon,” as the Earth’s shadow fell across its natural satellite.

Outside the Griffith Observatory, which more commonly draws tourists looking at the city’s famous Hollywood sign, people lounged on the grass and peered through telescopes for a better look at the red-tinted “blood moon” shadow

“I didn’t expect to see this many people and it kind of feels like nice inside to be, ‘Ah! Other people know about this and want to come see it,'” said Sam Rubaye, a 34-year-old property manager in Los Angeles who came up with friends. 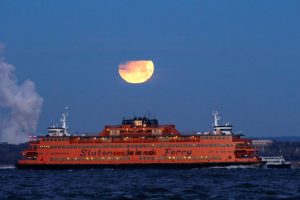 The eclipse occurred during the rare occasion of a second full moon in a single month, otherwise known as a “blue moon,” and during a point in the moon’s orbit at which it has reached its closest position to Earth, thus making it appear larger and brighter in the sky than normal, as a “super moon.”

The reddish appearance of the lunar surface – the moon’s image does not vanish entirely during an eclipse – is due to rays of sunlight passing through Earth’s atmosphere as the moon falls into our planet’s shadow.

The last time all three conditions occurred for a single lunar eclipse visible from North America was in 1866, according to the meteorological forecaster AccuWeather.

“Griffith Observatory is all about having an eyeball to the sky, and so it’s one thing to learn about this event in a book, but it’s another to see it for yourself,” observatory director Ed Krupp said in a phone interview. 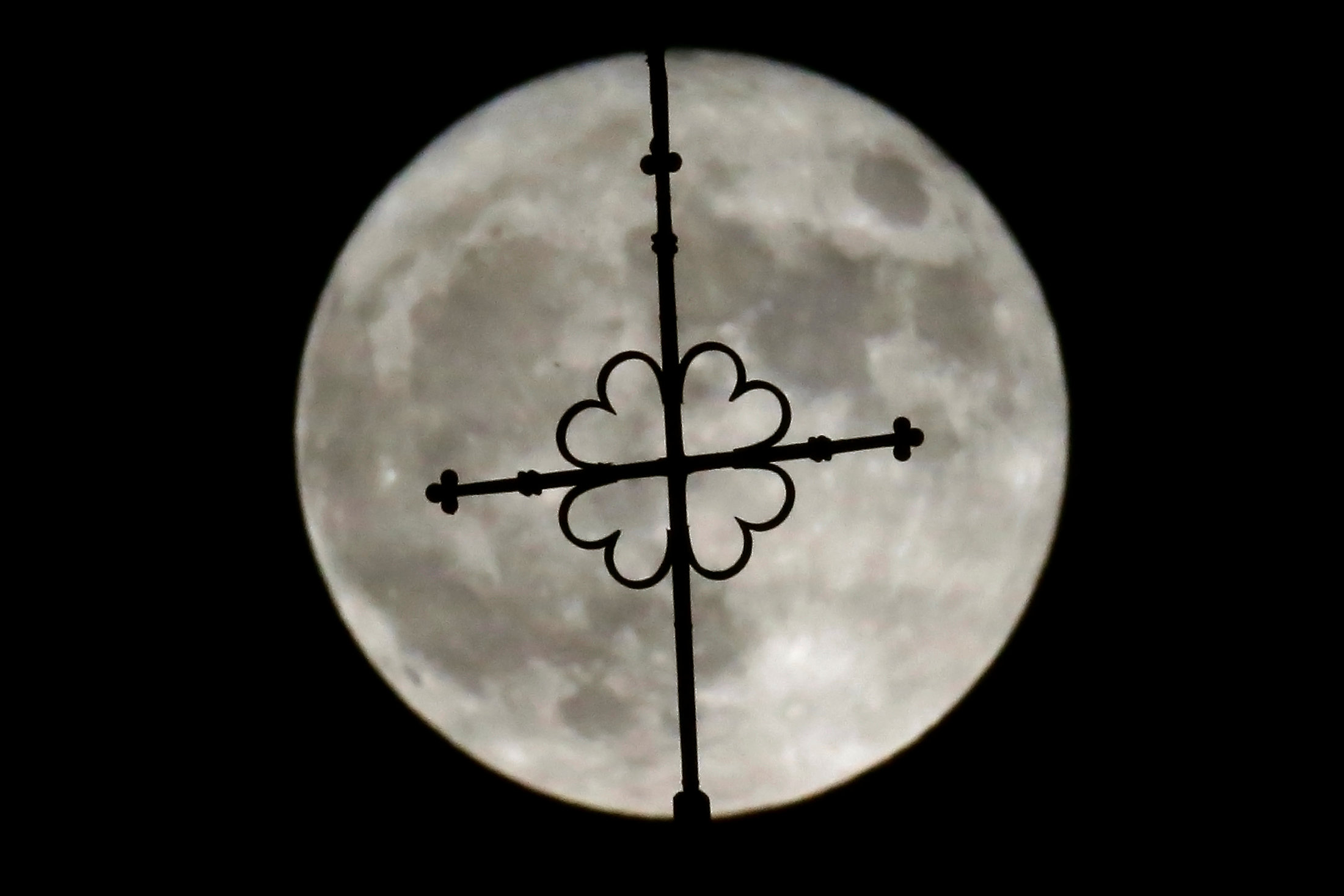 SYDNEY (Reuters) – From Beijing to Berlin, star gazers around the world admired the supermoon – the largest, brightest full moon in nearly seven decades – as it made its way across the skies on Sunday and Monday.

In Australia, some sky-watchers climbed to the top of the Sydney Harbour Bridge to get a closer view of the moon as it ducked between the clouds over the city. Astronomers said it was closer to Earth than at any time since 1948.

The supermoon, also known as a blood moon, was produced when the shadow of Earth cast a reddish glow on the moon, the result of a rare combination of an eclipse with the closest full moon of the year.

For more than an hour on Sunday night and early on Monday morning, Earth’s shadow blanketed the full moon as the planet passed between the sun and the moon.

The brilliant white glow of the moon slowly transformed into a dim red, a coloring caused by Earth’s atmosphere scattering sunlight into the shadow.

“I think the last time I can remember this sort of (activity) is when I was very small, when Hale-Bopp came. Back then my parents took me (to watch),” said Hsieh Wei-Ting, 36, who lined up with scores of people in Taipei to look at the moon through telescopes in the Taiwanese capital. “It was like climbing a mountain to look at the stars.” 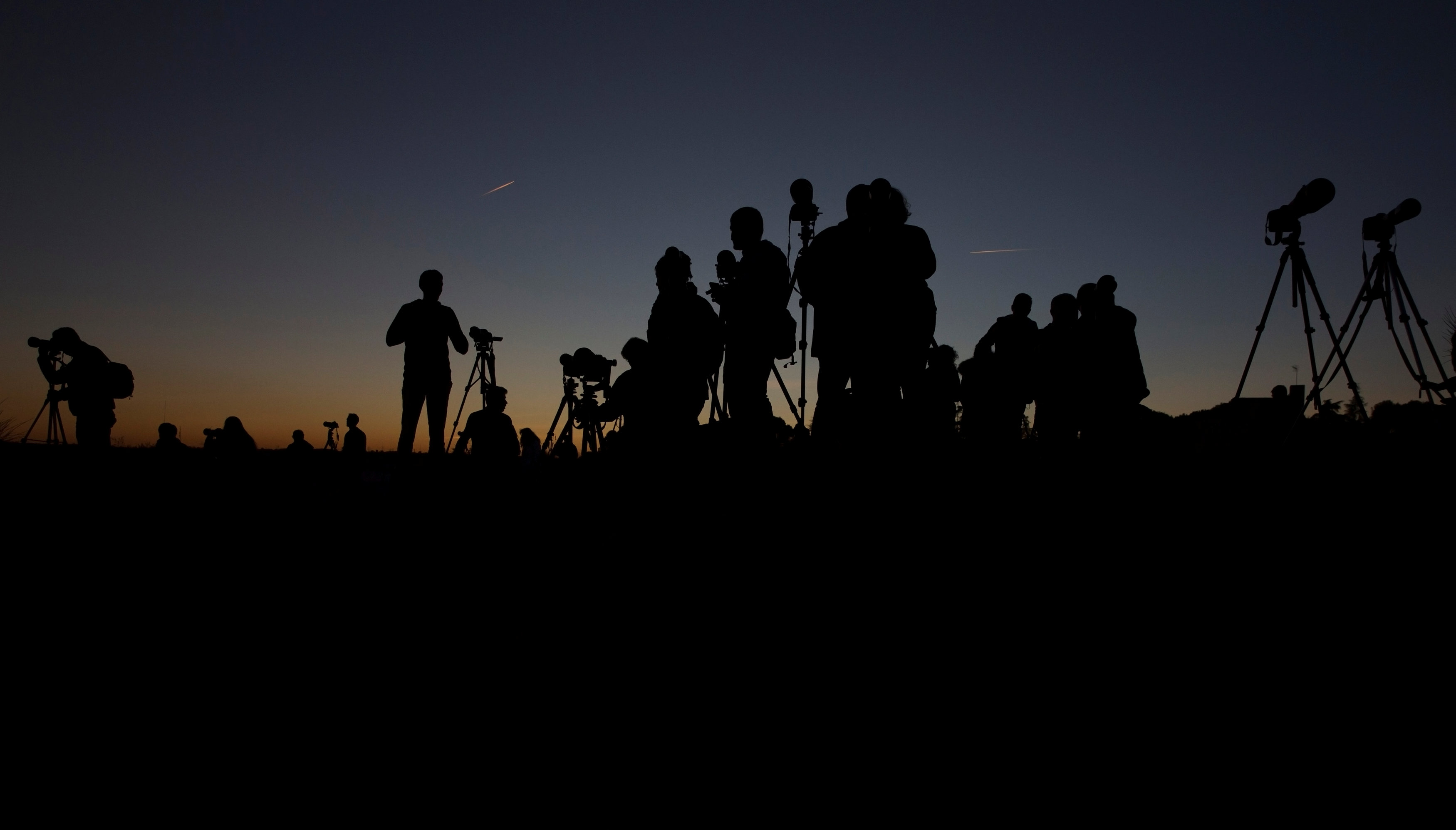 People set up their cameras as they wait for the supermoon in Madrid, Spain November 14, 2016. REUTERS/Sergio Perez

In New York City, the Chrysler Building lit up when the supermoon set behind the Art Deco-style skyscraper, and photographers captured the moon rising over the U.S. Capitol dome in Washington D.C.

“At one point, the planes were flying right through the middle of the moon. It was so cool to see in person,” Iacoi said.

Spectators lined up in France, Israel and Germany to watch the moon rise behind famous monuments like the Eiffel Tower, Dormition Abbey, and the Brandenburg Gate.

The full moon also shone over Jakarta in Indonesia and Thailand’s Bangkok while in the Philippines, park-goers watched the spectacle in Manila.

The next supermoon-lunar eclipse combination will not happen until 2033.

(Reporting by Reuters TV; Writing by Patrick Johnston in Singapore and Melissa Fares in New York; Editing by Bernadette Baum)

Astronomy enthusiasts will receive an added gift this Christmas.

For the first time in 38 years, a full moon will be visible on Christmas morning.

According to NASA, the full moon will peak at 6:31 a.m. EST on Christmas Day. That means people getting up to head to an early mass or open presents will see a historic sight in the sky.

The last Christmas full moon occurred in 1977, NASA reports. To put that in perspective, other notable things to happen that year include the incorporation of Apple Computer, Jimmy Carter becoming president, the release of the original Star Wars movie and the death of Elvis Presley.