VALENCIA, Venezuela (Reuters) – Venezuela on Monday slashed five zeros from prices as part of a broad economic plan that President Nicolas Maduro says will tame hyperinflation but critics call another raft of failed socialist policies that will push the chaotic country deeper into crisis.

Streets were quiet and shops were closed due to a national holiday that Maduro decreed for the first day of the new pricing plan for the stricken economy, which the International Monetary Fund has estimated will have 1 million percent inflation by year-end.

The price change comes with a 3,000 percent minimum wage hike and tax increases meant to shore up government revenue and a plan to peg salaries, prices and the country’s exchange rate tied to the petro, an elusive state-backed cryptocurrency.

Economists say the plan announced on Friday is likely to escalate the crisis facing the once-prosperous country that is now suffering from Soviet-style product shortages and a mass exodus of citizens fleeing for nearby South American countries.

Venezuelans are mostly baffled by the monetary overhaul and skeptical it will turn the country around.

“This is out of control, prices are sky high,” said Betzabeth Linares, 47, in a supermarket in the central city of Valencia. “What worries me is how we’ll eat, the truth is that the way things are going, I really don’t know.”

After a decade-long oil bonanza that spawned a consumption boom in the OPEC member, many poor citizens are now reduced to scouring through garbage to find food as monthly salaries currently amount to a few U.S. dollars a month.

The new measures spooked shopkeepers already struggling to stay afloat due to hyperinflation, government-set prices for goods ranging from flour to diapers, and strict currency controls that crimp imports.

Growing discontent with Maduro has also spread to the military as soldiers struggle to get enough food and many desert by leaving the country, along with hundreds and thousands of civilians who have emigrated by bus across South America.

Two high-ranking military officers were arrested this month for their alleged involvement in drone explosions during a speech by Maduro, who has described it as an assassination attempt.

The chaos has become an increasing concern for the region. In recent days, Ecuador and Peru have tightened visa requirements for Venezuelans, and violence drove hundreds of Venezuelan migrants back across the border with Brazil on Saturday.

Maduro, re-elected to a second term in May in a vote widely condemned as rigged, says his government is the victim of an “economic war” led by political adversaries with the help of Washington and accuses the United States of seeking to overthrow him.

The United States has denied the accusations. But it has described the former bus driver and union leader as a dictator and levied several rounds of financial sanctions against his government and top officials. 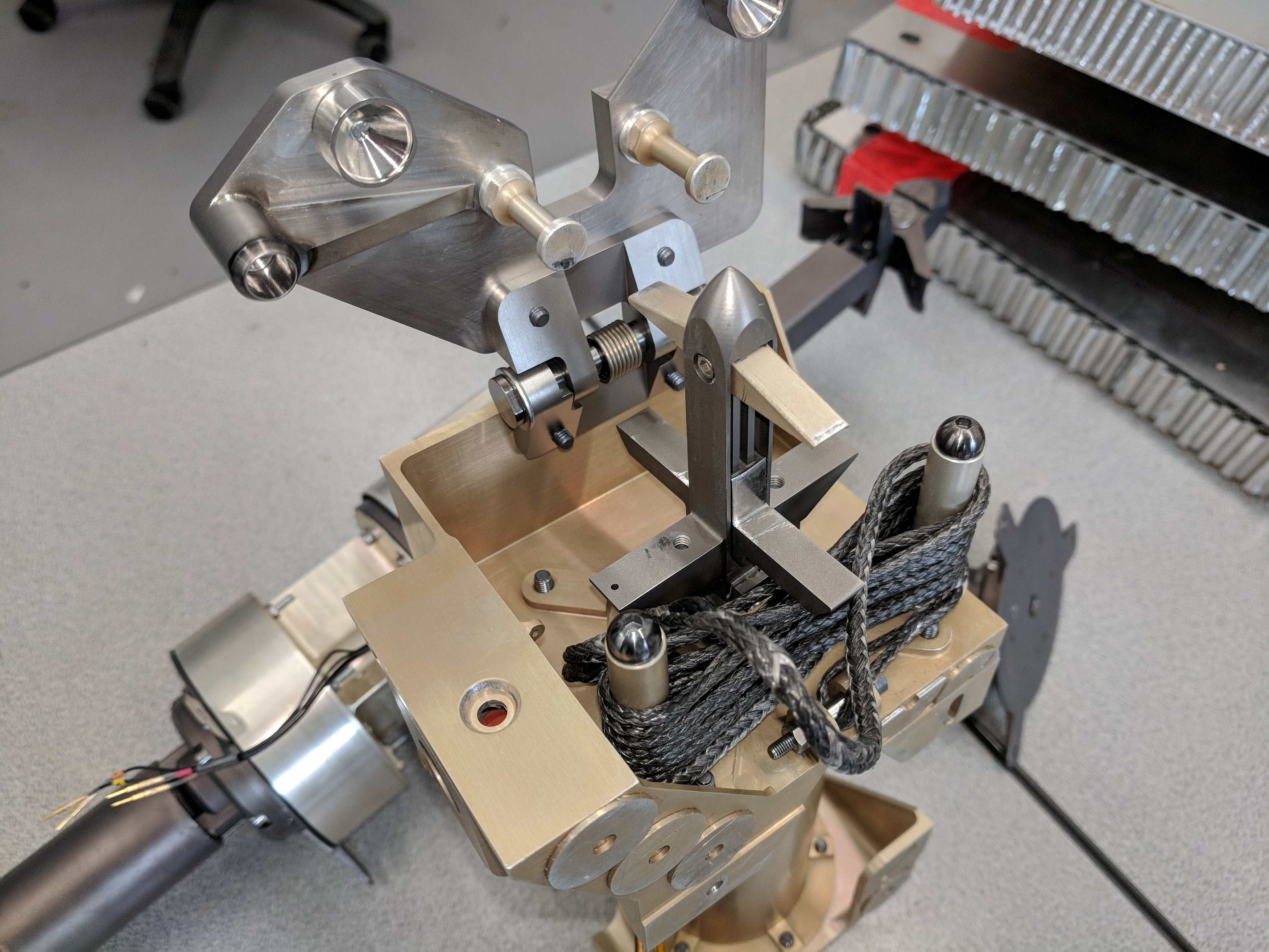 STEVENAGE, England (Reuters) – A European satellite launched this week to try out ways of tackling the growing amount of garbage in space will use technology as familiar to the ancient Romans as astronauts – nets and harpoons.

Engineers who have designed and created harpoons for two pioneering space debris clearing projects said the appeal of such time-tested concepts was their simplicity.

“The irony is not lost on us,” said Alastair Wayman, an advanced projects engineer at Airbus Space in the southern English town of Stevenage. 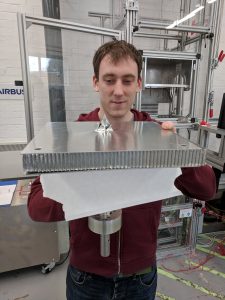 Alastair Wayman, Advanced Projects Engineer at Airbus Space, examines the tip of a large harpoon after a test firing into a simulated section of satellite as part of an European Space Agency project in Stevenage, Britain, April 4, 2018. Picture taken April 4, 2018. REUTERS/Stuart McDill

“This is a really nice, simple piece of technology but what we’ve done is we’ve updated it for use in space and the beauty of this system is in its simplicity,” he told Reuters.

The RemoveDebris satellite is carrying a number of different devices designed to help clear the huge amount of debris orbiting the earth. It has already docked with the International Space Station and the tests are expected to begin in the next few weeks.

“All we have to do is sit away from our target spacecraft, fire our harpoon towards it and then once it’s impacted we’ve captured our piece of space debris,” said Wayman.

One of the harpoons is around 30 cm (one foot) long, and is designed to fire at a target on an arm around 20 meters (65 ft) away, before reeling it back in on a rope.

A larger harpoon, around 1.5 metres-long and weighing 2.2 kg (5 lb) is also being designed in the lab, as part of the European Space Agency’s Clean Space program. It aims to capture space junk targets weighing up to eight tonnes (17,000 lb).

Scientists estimate as much as 7,000 tonnes of junk is orbiting the earth at speeds of up to 27,000 km/h (17,000 mph) and it is capable of damaging satellites or spacecraft.

The debris ranges from tiny items such as screws or chips of paint to rocket sections or defunct satellites.

Other devices being tested on the RemoveDebris satellite include a net to catch debris, a light-based ranging system known as LIDAR, and a sail that will pull the craft back into earth’s atmosphere where it and the debris would burn up harmlessly. 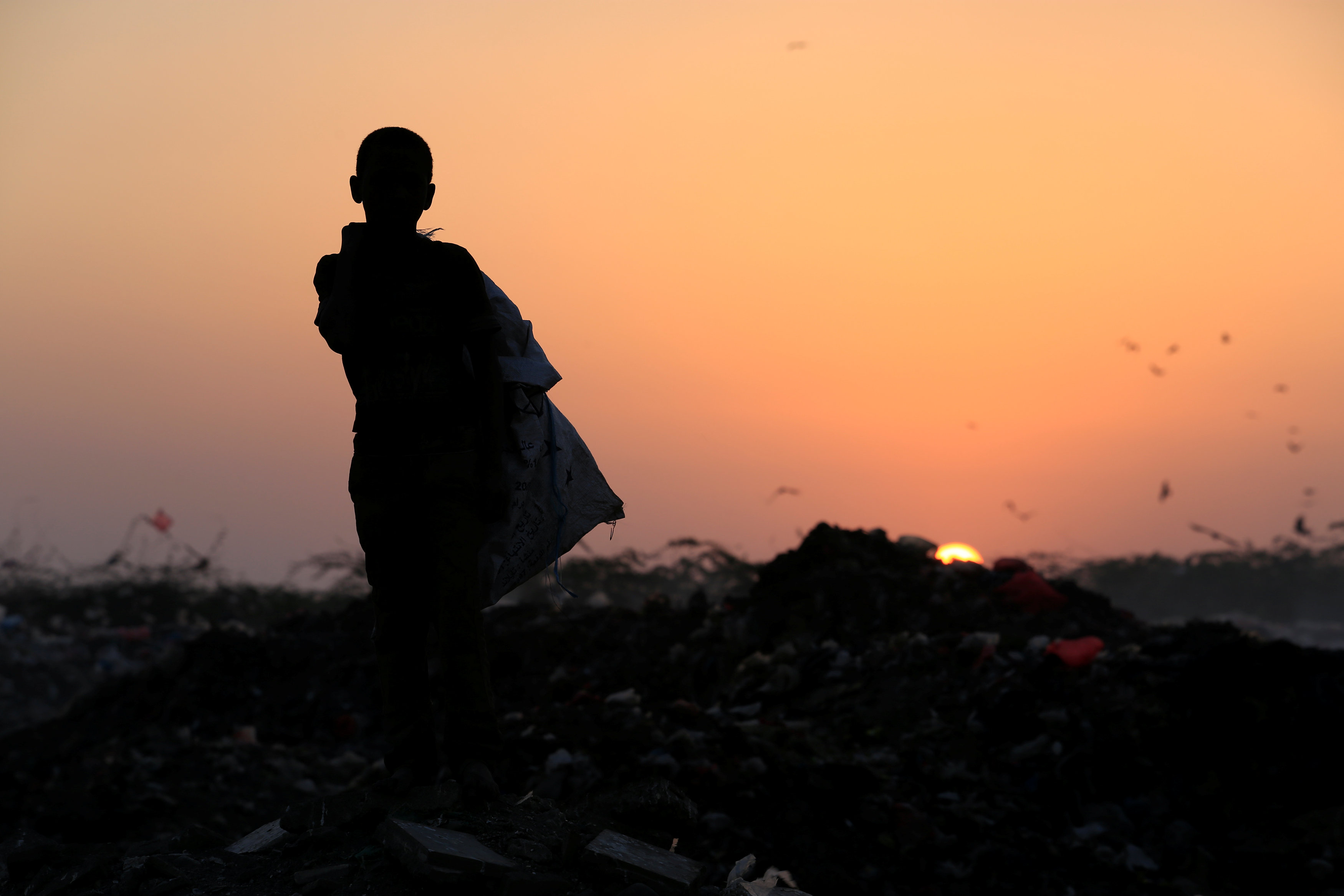 HODEIDAH, Yemen (Reuters) – After persistent Saudi-led air strikes on their home area in northwest Yemen, the Ruzaiq family packed their belongings and fled to the relative safety of Hodeidah port on the Red Sea.

But with no money or relatives to shelter them, the 18-member family joined a growing number of displaced Yemenis living on or next to the garbage dump of the Houthi-controlled city.

Despite the health risks, the dump has become a source of food for hundreds of impoverished Yemenis and given some young men a chance to try to earn some income. 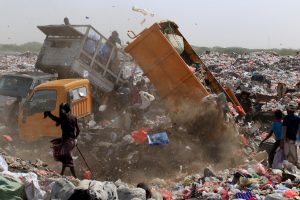 “We eat and drink the food that is thrown away,” said 11-year-old Ayoub Mohammed Ruzaiq. “We collect fish, meat, potatoes, onions and flour to make our own food.”

The United Nations estimates that more than two million people have been displaced by the war, which intensified in 2015 when an Arab coalition intervened to try to restore President Abd-Rabbu Mansour Hadi to power after the Houthis forced him into exile.

The war has killed more than 10,000 people, crippled the economy, caused a cholera epidemic that has killed nearly 2,000 people and pushed the country to the verge of famine.

The Saudi-led coalition denies Houthi accusations that it targets civilians or civilian property in its operations. Riyadh sees the Houthis as a proxy militia linked to regional rival Iran. Both Iran and the Houthis deny any military cooperation.

Fatema Hassan Marouai, 53, who was driven from her home in Hodeidah by economic hardships, said that apart from picking up food thrown away by better off Yemenis, some displaced people collect metal cans and plastic bottles to sell to merchants for some cash to cover daily needs. 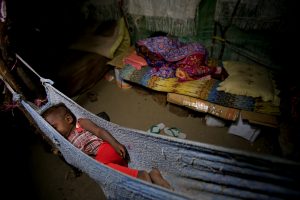 Ayoub Mohammed Ruzaiq, 11, stands in a garbage dump where he collects recyclables and food near the Red Sea port city of Hodeidah, Yemen, January 13, 2018. REUTERS/Abduljabbar Zeyad

But she said income from that activity was also declining.

“We had been in a bad situation and the war made things worse,” said Fatema.

Ruzaiq family patriarch Mohammed Ruzaiq, 67, said Yemenis were not asking for any aid from outside, just a goodwill effort to end the war.

“All we want is for them to stop this war and this calamity and God almighty will provide for us,” he said.