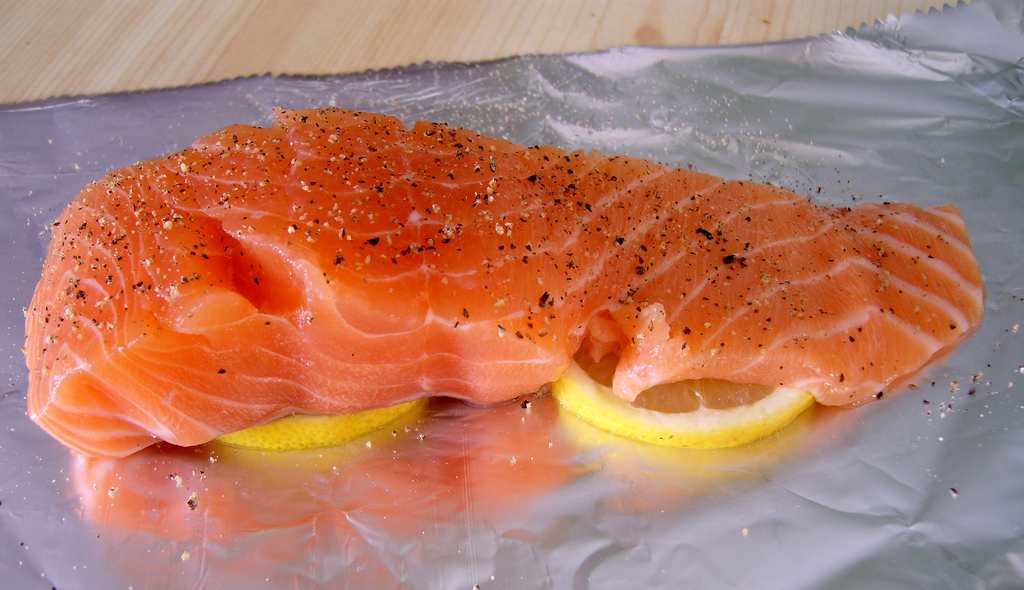 For many years, studies and controversy, the debate has raged on regarding genetically engineered salmon and has concluded with an approval from the Food and Drug administration. This would be the nation’s first genetically altered animal, although people already eat genetically manufactured  (GM) corn, soybeans and potatoes.

AquAdvantage, produced by Massachusetts-based AquaBounty, is an Atlantic salmon that contains chromosomes from an Atlantic salmon, a growth hormone from Chinook salmon, and a gene from the eel-like ocean pout. The result is a fish that is large enough for consumption in about a year and a half, rather than the typical three years.

According to NBC news, the decision, which has taken five years, is certain to anger consumer groups who want companies to be forced to label GM foods and environmental groups who are afraid the modified fish will breed with wild fish.

“The scientific review is clear. There is no credible evidence that these fish are a risk to either human health or the environment,” Dr. William Muir, a genetics and aquaculture professor at Purdue University said in a statement

The FDA also said it would not require companies to label genetically modified food but would recommend guidelines if companies wanted to voluntarily label their products.

Several retailers have said they won’t sell the GMO fish, including Whole Foods, Trader Joe’s and others.

In a report by the Smithsonian, the FDA is currently reviewing genetically engineered mosquitoes that were designed to combat illnesses such as dengue and chikungunya. Millions of the mosquitoes are already in the Cayman Islands, Panama, Malaysia and Brazil.  A fierce debate is ongoing for a proposed field trial in Key Haven, Florida.

A group of poultry producers are working with scientists to create a strain of genetically modified chickens that would be immune to bird flu.

The study is also being supported by funding from the British government.  So far, the scientists have created chickens that show “early promise” for fighting off the disease.

Over 48 million chicken and turkeys have been put down in the US because of bird flu since December.

“The public is obviously aware of these outbreaks when they’re reported and wondering why there’s not more done to control it,” said Laurence Tiley, a senior lecturer in molecular virology at the University of Cambridge who is involved in the experiments, told Reuters.

The chicks in the study, who have been injected with dye to glow in the dark and stand out from non-modified chicks, are showing an initial immunity to the virus and also have been unable to spread the virus to other animals.  The genetic codes of the birds are being changed to trick the virus into reproducing a decoy virus rather than itself.

GMO animals have been a source of concern for the Food and Drug Administration, who have been examining GMO salmon for the last 20 years.  The agency deemed the animals safe for human consumption in 2010 but continue to study them.

Opponents say that like GMO crops the animals would contribute to health and environmental problems.