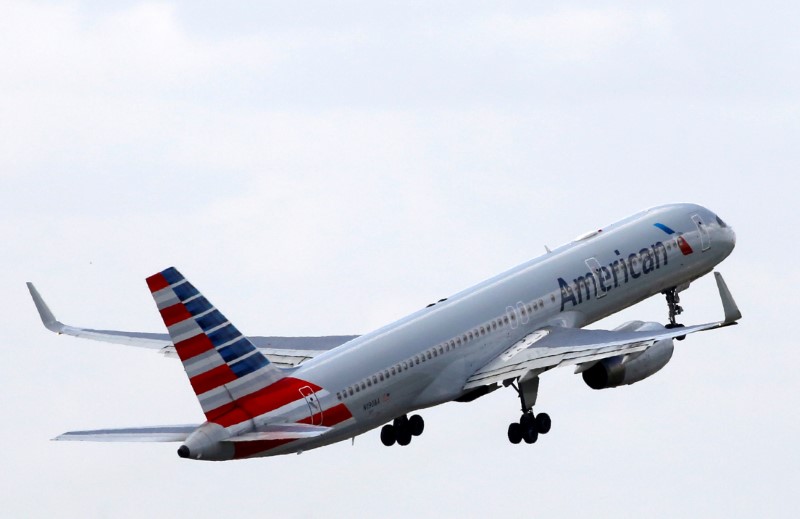 NEW YORK (Reuters) – A system scheduling error has left thousands of American Airlines <AAL.O> flights in December without scheduled pilots, the carrier’s pilots union said as the airline heads into one of the busiest travel periods of the year.

The Allied Pilots Association estimated that more than 15,000 flights from Dec. 17 to 31 were affected by a glitch in the system in which pilots bid for time off based on seniority.

“Basically there’s a crisis at American for manning the cockpits,” Dennis Tajer, a spokesman for the Allied Pilots Association, said on Wednesday.

The system error was disclosed to pilots on Friday, the union said.

“We have reserve pilots to help cover flying in December, and we are paying pilots who pick up certain open trips 150 percent of their hourly rate – as much as we are allowed to pay them per the contract,” American Airlines spokesman Matt Miller said on Wednesday.

In an email to employees, American had offered pilots the extra pay to work certain flights in the holiday period. But the union filed a grievance, saying that some restrictions on overtime pay violated the group’s contract.

The union said on Wednesday that management had still not reached out to discuss how best to resolve the shortage.

“I’m watching a ‘Grinch that stole Christmas’ thing happening. And we don’t want to see that happening for our passengers,” Tajer said.

American is hoping to avoid having to cancel flights, which, in addition to being a nuisance for travelers, could cost the carrier millions in lost revenue.

In the best-case scenario, labor costs for the quarter will likely climb as a result of pilots’ higher pay on those flights, just months after a substantial mid-contract pay increase for pilots and flight attendants spooked investors and temporarily sent the carrier’s shares tumbling.

Shares of American were mostly flat in Wednesday afternoon trading. 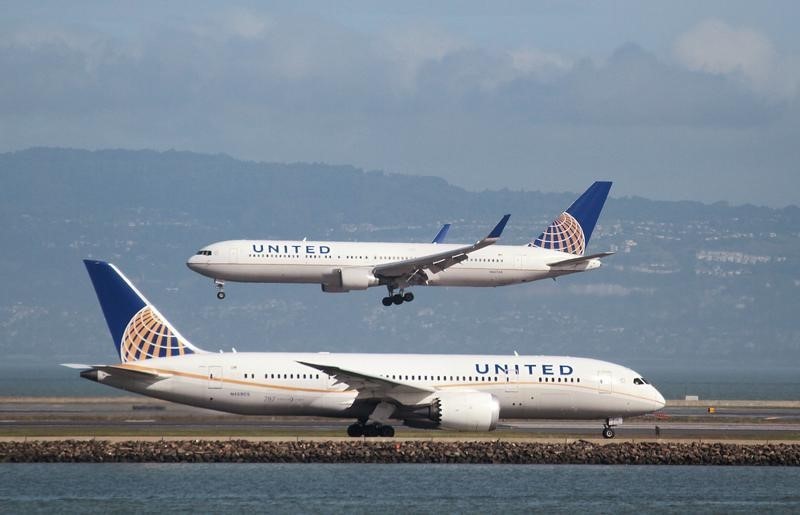 By Ingrid Melander and Tim Hepher

PARIS (Reuters) – Thousands of passengers were delayed worldwide after a computer glitch temporarily halted departures at United Airlines, the latest in a series of outages to affect rival companies in the industry.

“Earlier tonight we experienced an issue with our weight reporting system, which caused system wide flight delays,” the airline said in a statement on its Twitter feed late on Thursday in the United States.

“We have resolved the issue and are working to get customers to their destinations as soon as possible. We apologize for the inconvenience.”

Passengers said they had been forced to wait onboard planes or inside terminals as flights were delayed for several hours.

“On the plane for more than an hour, away from the gate and no communication. What’s happening?,” one passenger tweeted.

In Paris, passengers complained as check-in lines grew for a flight to New York, a Reuters reporter said on Friday morning.

The airline said the problem had been resolved as of 3 a.m. eastern time (0700 GMT) on Friday.

It is the third computer glitch to hit United’s owner United Continental Holdings in recent months and the latest in a series of problems that have tested the reliance on technology of some of the world’s largest carriers.

In July, the same airline’s flights were disrupted after a computer problem blocked access to reservations records.

The following month, Delta Air Lines canceled hundreds of flights and delayed many others after a power outage hit its computer systems.

And in September, a system-wide computer problem at British Airways caused significant delays.

After the two previous incidents, United Continental Holdings said in July it had invested in backup plans.

But multiple recent outages have prompted some experts and passenger groups to question whether the airline industry has invested enough in technological infrastructure, given new profits from baggage and cancellation fees.