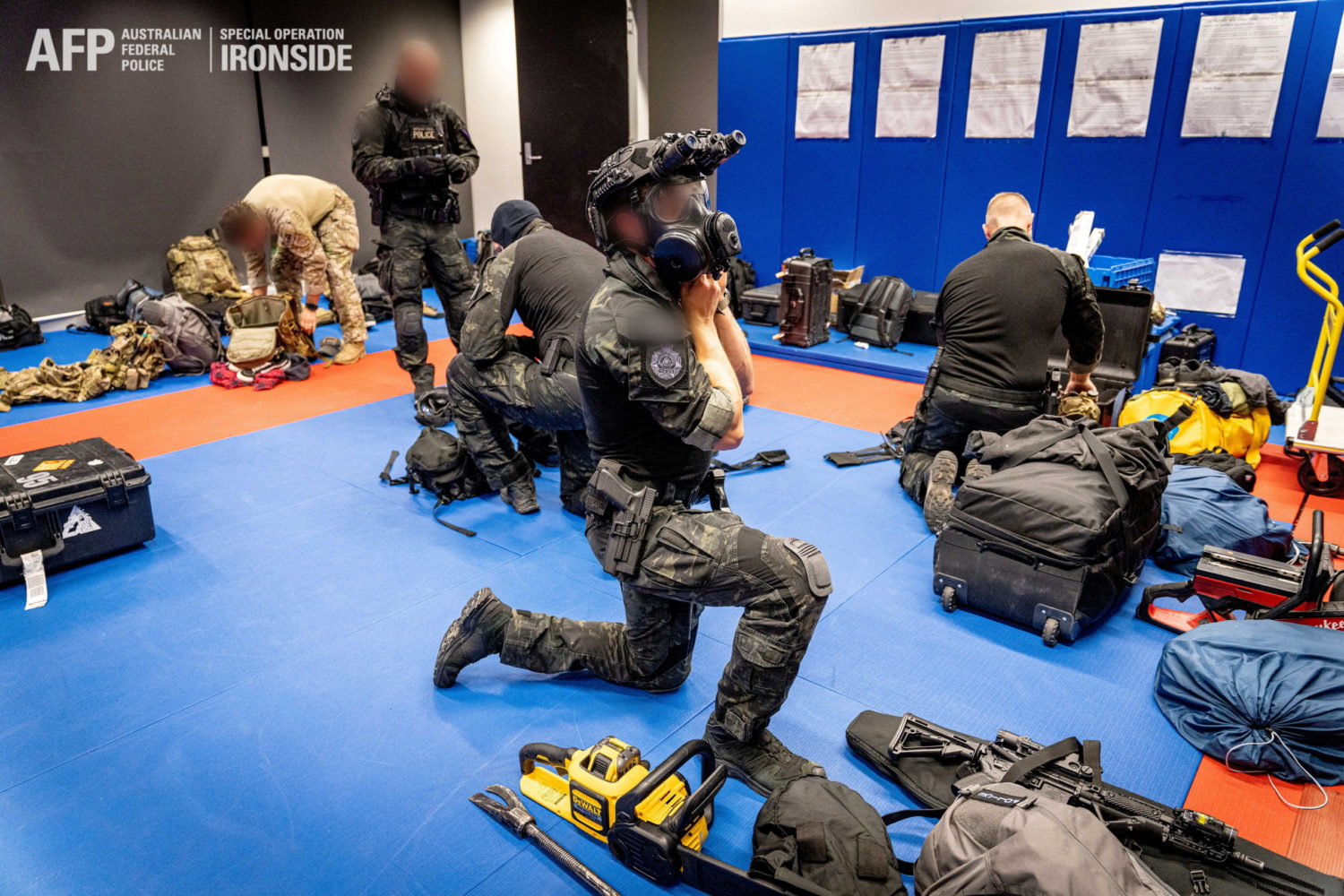 By Colin Packham and Toby Sterling

CANBERRA/AMSTERDAM (Reuters) -A global sting in which organized crime gangs were sold encrypted phones that law enforcement officials could monitor has led to more than 800 arrests and the confiscation of drugs, weapons, cash and luxury cars, officials said on Tuesday.

The operation by the U.S. Federal Bureau of Investigation, Australian and European police ensnared suspects in Australia, Asia, Europe, South America and the Middle East involved in the global narcotics trade, the officials said.

Millions of dollars in cash were seized in raids around the world, along with 30 tonnes of drugs including more than eight tonnes of cocaine.

Australian Prime Minister Scott Morrison said the operation had “struck a heavy blow against organized crime – not just in this country, but … around the world”.

Operation Greenlight/Trojan Shield, conceived by Australian police and the FBI in 2018, was one of the biggest infiltrations and takeovers of a specialized encrypted network.

It began when U.S. officials paid a convicted drug trafficker to give them access to a smartphone that he had customized, on which he was installing ANOM, also styled An0m, a secure encrypted messaging app. The phones were then sold to organized crime networks through underworld distributors.

The FBI helped to infiltrate 12,000 devices into 300 criminal groups in more than 100 countries, Calvin Shivers of the FBI’s Criminal Investigative Division told reporters in The Hague.

In a pattern repeated elsewhere, one Australian underworld figure began distributing phones containing the app to his associates, believing their communications were secure because the phones had been rebuilt to remove all capabilities, including voice and camera functions, apart from ANOM.

As a result, there was no attempt to conceal or code the details of the messages – which police were reading.

“It was there to be seen, including ‘we’ll have a speedboat meet you at this point’, ‘this is who will do this’ and so on,” Australian Federal Police Commissioner Reece Kershaw said.

“We have been in the back pockets of organized crime … All they talk about is drugs, violence, hits on each other, innocent people who are going to be murdered.”

The phones were such a hit that Italian mafiosi, Asian triads, biker gangs and transnational drug syndicates all began using them, providing the FBI and its partner forces around the world with a trove of 27 million messages.

Shivers said the FBI had been able to see photographs of “hundreds of tons of cocaine that were concealed in shipments of fruit”.

On Monday alone, they seized 104 firearms, including a military-grade sniper rifle, as well as almost A$45 million ($35 million) in cash, including A$7 million from a safe buried under a garden shed in a suburb of Sydney.

In Europe, there were 49 arrests in the Netherlands, 75 in Sweden and over 60 in Germany, where authorities seized hundreds of kilograms of drugs, more than 20 weapons and over 30 luxury cars and cash.

Finnish police not only detained almost 100 suspects and seized 500 kg of narcotics but also found a warehouse with 3-D printers used to manufacture gun parts.

The operation also revealed that gangs were being tipped off about police actions, which prompted “numerous high-level public corruption cases in several countries,” according to an affidavit from an FBI agent.

Kershaw said the Australian underworld figure, who had absconded, had “essentially set up his own colleagues” by distributing the phones, and was now a marked man.