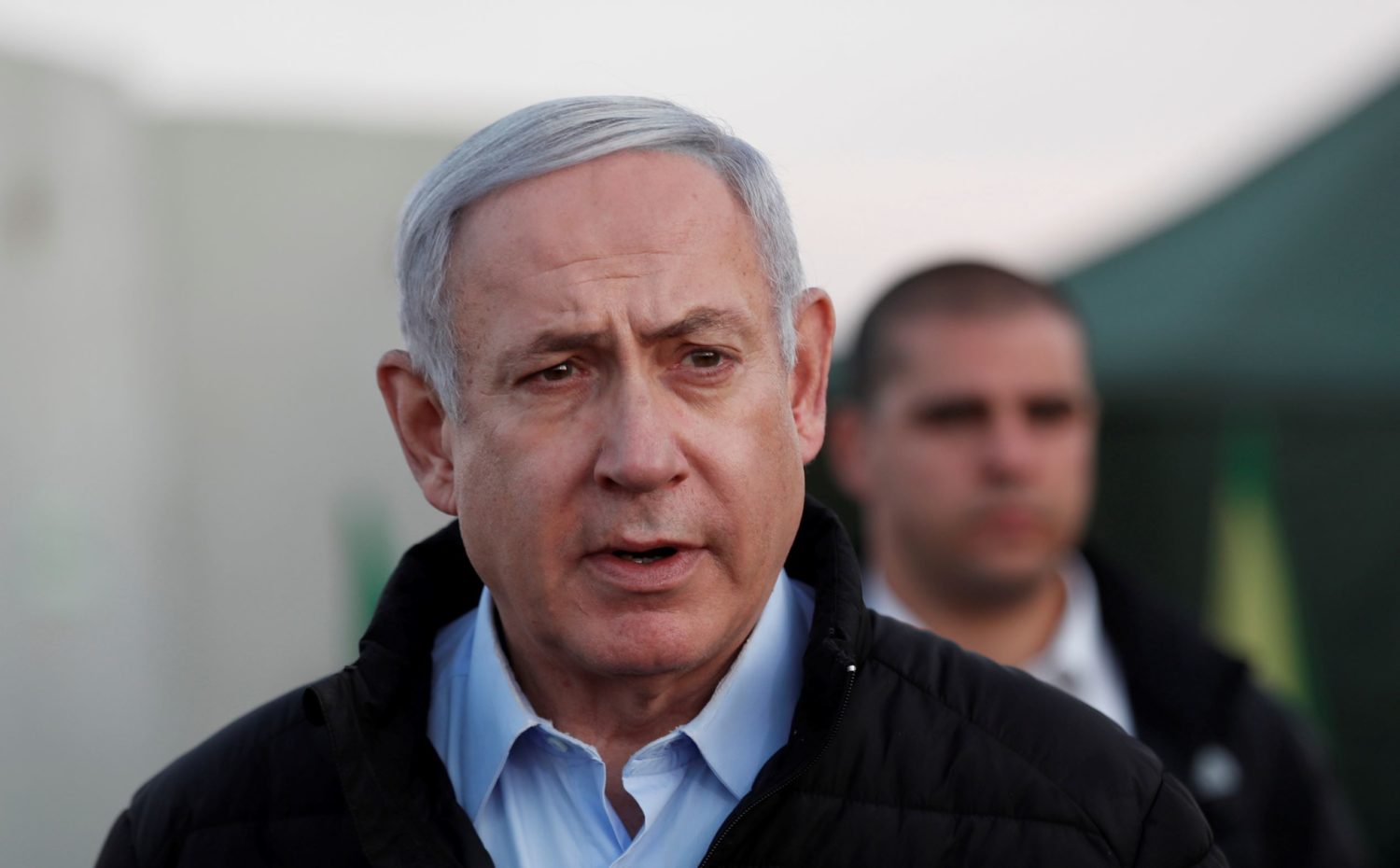 JERUSALEM (Reuters) – An indictment submitted to Israel’s parliament on Monday against Prime Minister Benjamin Netanyahu names more than 300 prosecution witnesses, including wealthy friends and former aides, in three graft cases against him.

By formally sending the indictment to the legislature, after announcing charges of bribery, breach of trust and fraud on Nov. 21, Attorney General Avichai Mandelblit set the clock ticking on a 30-day period in which Netanyahu can seek parliamentary immunity from prosecution.

Such protection seems unlikely, with Israeli politics in disarray after inconclusive elections in April and September and the failure of Netanyahu and his main challenger, Benny Gantz, to secure a ruling majority in the legislature.

Netanyahu, in office for the past decade, has denied any wrongdoing, saying he is a victim of an attempted “coup” waged by legal authorities trying to unseat a popular right-wing leader.

As prime minister, he is under no legal obligation to resign after being charged. No date has been set for the opening of the trial, with three judges presiding in Jerusalem District Court.

The indictment submitted to parliament listed 333 witnesses for the prosecution. Legal experts said the long roster meant proceedings could go on for years.

They include U.S. casino mogul Sheldon Adelson and his wife Miriam, Hollywood producer Arnon Milchan, Australian billionaire James Packer and retired Israeli security chiefs, and several former aides who will be state witnesses against him.

Netanyahu poured scorn on the length of the witness list.

In one case, Netanyahu is suspected of wrongfully requesting and accepting expensive gifts, including champagne and cigars, from Milchan and Packer. Neither has been charged with any wrongdoing.

Another case focuses on allegations that Netanyahu promised the owner of Israel’s best-selling newspaper to push for regulations on its main competitor, owned by Adelson.

Netanyahu also is accused of granting regulatory favors worth about 1.8 billion shekels ($500 million) to Bezeq Telecom Israel <BEZQ.TA> in return for positive coverage on a website owned by its former chairman.

Talks between Netanyahu’s Likud and Gantz’s centrist Blue and White party on a “national unity” government are deadlocked.

If no agreement is reached within 10 days – the end of a three-week period in which legislators can nominate a candidate to try to form a government – Israel is likely to hold a new election.