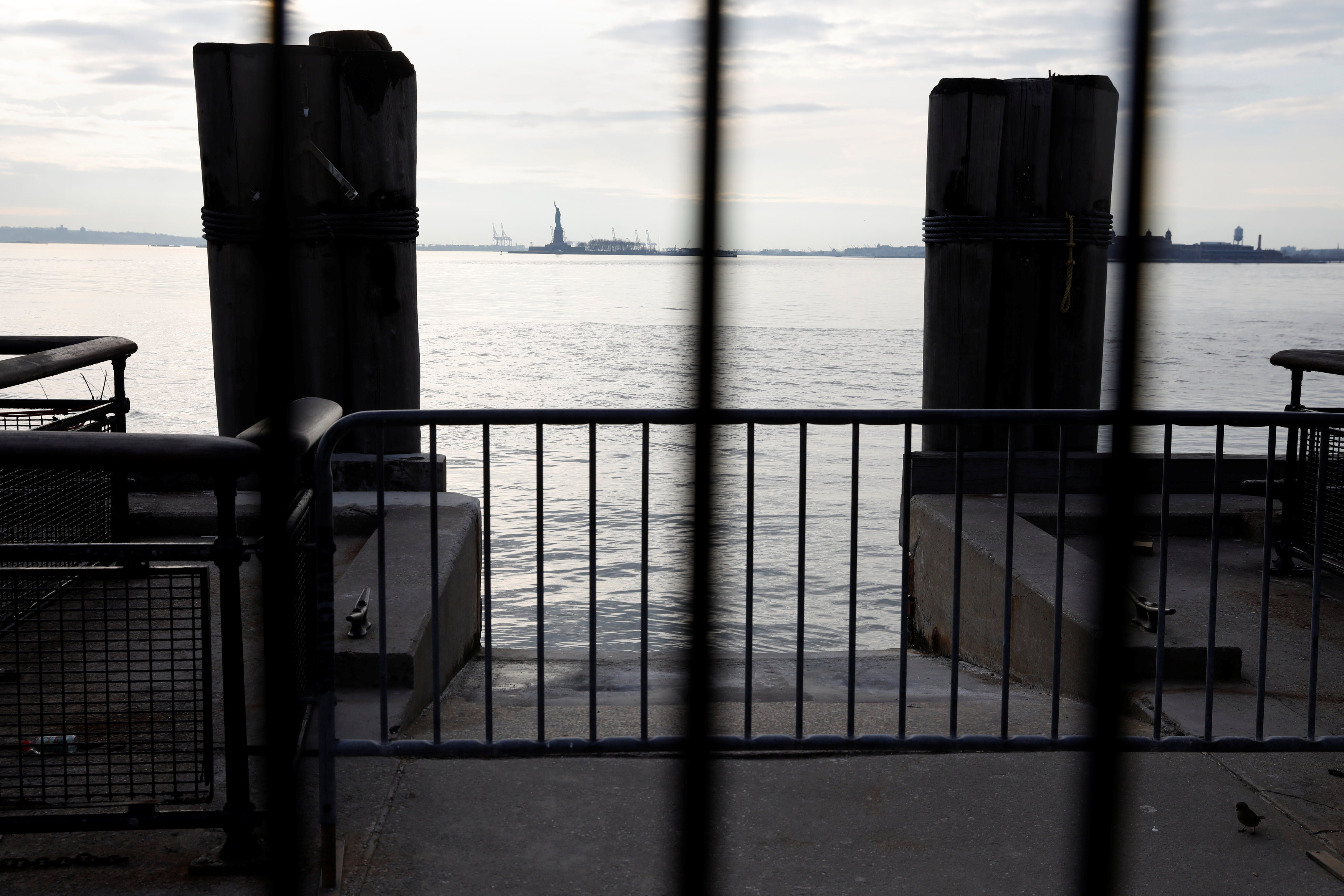 NEW YORK (Reuters) – The Statue of Liberty will reopen on Monday even if the U.S. government shutdown extends into the work week, New York Governor Andrew Cuomo said on Sunday, vowing to use state funds to keep the landmark monument in operation.

Dozens of other national parks and monuments were expected to remain partially or entirely closed after Congress failed to agree on a spending plan to keep the government running past a Friday midnight deadline.

In the hours leading up to the shutdown, the Trump administration worked on ways to keep hundreds of parks open without staff in an effort to avoid public anger, although it was unclear which ones would close.

“Not all parks are fully open but we are all working hard to make as many areas as accessible to the public as possible,” U.S. Interior Secretary Ryan Zinke said on Twitter on Saturday.

The hit-or-miss closures forced tourists and residents alike to alter their plans. In lower Manhattan, where ferries normally embark for the Statue of Liberty in New York Harbor, out-of-town visitors expressed frustration that the site was closed.

And San Diego Police Chief Shelley Zimmerman posted a photo of a “closed” sign outside Cabrillo National Monument on Twitter.

“I had planned to do some tide pool repeats to get some hill work in on my bicycle ride this morning,” she wrote, referring to a local bike route. “Change of plans.”

The National Parks Conservation Association, an advocacy group, estimated that one-third of the 417 national park sites were shuttered, “including places like the Statue of Liberty, presidential homes, and other historic and cultural sites primarily made up of buildings that can be locked.”

In Washington, the Smithsonian museums and the National Zoo will remain open through Monday, using prior-year funds. In a tweet, the Smithsonian said it will update its status beyond Monday “as soon as we know.” But in Philadelphia, visitors were turned away at the Liberty Bell.

During the last shutdown in 2013, a number of governors used state funds to keep parks open, including the Statue of Liberty, which at the time cost $61,600 per day to reopen.

At a news conference at the Statue of Liberty, Cuomo said the site generates tourism revenue, adding that the monument serves as a welcoming beacon to immigrants arriving in the United States.

“We don’t want to lose the income,” he said. “And symbolically, you can shut down the government, but you can’t shut down the Statue of Liberty.”

“We recognize it’s a huge economic attractor and has a big impact not just on rural areas around the Grand Canyon but the state as a whole,” Ptak said, adding that the expected cost is around $100,000 per week.

But in South Dakota, home of Mount Rushmore, Republican Governor Dennis Daugaard has said he would not take any action to keep the monument open during a shutdown.

PHOENIX (Reuters) – A manhunt for an armed fugitive that triggered the evacuation of a popular wildlife park south of the Grand Canyon ended peacefully on Monday with the arrest of the suspect, police in Arizona said.

The accused gunman was believed to have possibly fled into the Bearizona Wildlife Park after a confrontation with police that began as a traffic stop and turned into a high-speed chase, a spokesman for the Yavapai County Sheriff’s Office said.

One passenger was thrown from the car during a getaway attempt, a second man was taken into custody when the car crashed, but a third fled on foot, firing at least one shot toward deputies from a handgun, according to the spokesman, Dwight D’Evelyn.

The suspect disappeared near the Bearizona park, a 168-acre private attraction nestled within the Kaibab National Forest at the edge of Williams, a gateway town to Grand Canyon National Park about 60 miles away.

As a precaution, Bearizona was closed and evacuated, with police escorting all 200 visitors and about 20 staff safely from the facility, spokeswoman Jocelyn Monteverde said. Public schools in Williams were also placed on lockdown during the manhunt, police said.

At about 6 p.m. local time, nearly six hours after the search began, police located the suspect, identified as John Freeman, in a highway culvert near Bearizona, and he was arrested without incident, D’Evelyn said.

Police said Freeman was wanted on a warrant from nearby Kingman, Arizona, but no further information about him was immediately released.

Bearizona is visited by some 300,000 tourists a year, many on their way to or from the Grand Canyon, located about an hour’s drive to the north, Monteverde said. It features a collection of bears, wolves, bison and other wildlife, some roaming a drive-through exhibit and others displayed in smaller zoo-like enclosures.

(Reporting by David Schwartz in Phoenix; Additional reporting and writing by Steve Gorman in Los Angeles; Editing by Simon Cameron-Moore)

A team of scientists have made a shocking discovery regarding the supervolcano beneath Yellowstone National Park.

The magma reserve under the volcano are significantly larger than previously recorded.

“For the first time, we have imaged the continuous volcanic plumbing system under Yellowstone,”says first author Hsin-Hua Huang, also a postdoctoral researcher in geology and geophysics. “That includes the upper crustal magma chamber we have seen previously plus a lower crustal magma reservoir that has never been imaged before and that connects the upper chamber to the Yellowstone hotspot plume below.”

The newly discovered reservoir feeds the magma chamber that heats the geysers and other attractions at Yellowstone.  The scientists found that the chambers are made of mostly solid rock with holes through them like a sponge allowing liquid magma to move.

The researchers were quick to point out that the discovery doesn’t mean that an eruption is any more imminent; just that they have a better understanding of the system that would lead to an eruption at some point in the future.

“The actual hazard is the same, but now we have a much better understanding of the complete crustal magma system,” said researcher Robert B. Smith.

The researchers say that the odds of an eruption each year is 1 in 700,000, the same odds as a person being struck by lightning.