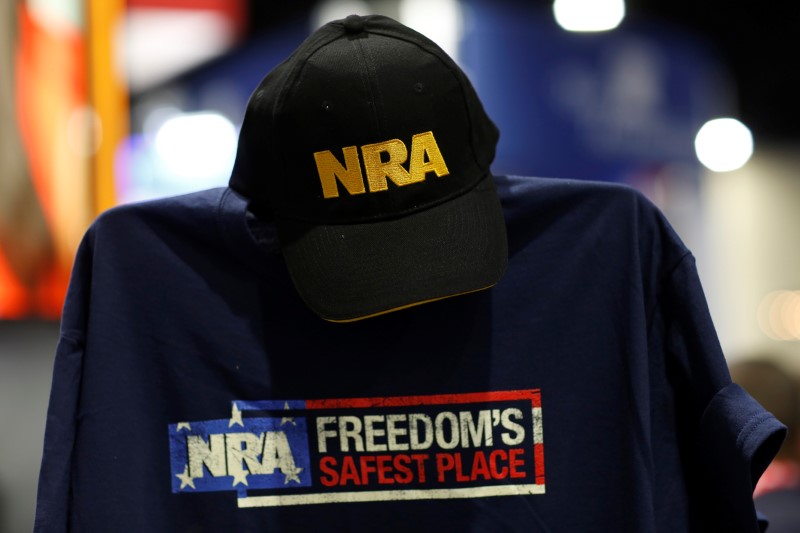 DALLAS (Reuters) – Police are bracing for a significant amount of protests for and against guns during the National Rifle Association’s meeting in Dallas this weekend following a spate of mass shootings, pro gun-control marches, and November’s congressional elections sharpening an always volatile debate.

An estimated 80,000 gun-lovers will be in the city for the NRA’s annual convention. President Donald Trump is expected to address the NRA leadership on Friday, the first day of the three-day meeting, and Vice President Mike Pence also is scheduled to attend the convention.

The powerful gun lobby, which boasts 5 million members, faces an invigorated gun-control movement this year that has sought to curb the NRA’s influence since a man shot dead 17 people at a Florida high school on Feb. 14.

Dallas police were hoping for the “highest level of decorum and civility” from the demonstrations, which will include a “die-in” protest outside the convention hall on Friday, when Trump is due to speak.

The gun debate in America shifted after a 19-year-old former student used a semiautomatic rifle to kill 17 students and staff at Marjory Stoneman Douglas High School in Parkland, Florida.

Students who survived became national figures by calling for gun control legislation and a check on the NRA’s influence. Florida quickly passed a law raising the legal age for buying rifles and imposing a three-day waiting period on gun sales while also allowing the arming of some school employees.

Dallas Mayor Pro Tem Dwaine Caraway had even urged the NRA to find another city for its annual meeting. Caraway is calling on the NRA to discuss strategies that will curb gun violence.

“In Dallas, gun violence survivors, students and activists are laser-focused on harnessing the momentum from the recent March for Our Lives events to push for gun safety and create lasting policy reform,” said Cassidy Geoghegan, a spokeswoman for Everytown for Gun Safety, one of the leading U.S. gun control groups.

Guns are banned from Friday’s leadership forum because of U.S. Secret Service protocol for protecting the president but elsewhere attendees will be able to carry weapons throughout “15 acres of guns and gear” exhibits at the convention center.

Across the street from the center, a coalition of six local gun rights groups plan to hold a counterprotest on Saturday that they expect to draw several hundred people. Participants are encouraged to openly carry sidearms, instead of rifles and body armor, in an effort to appear more approachable.

“Gun control supporters have gone largely unchallenged in the protest arena as of late,” the counterprotest’s organizers wrote on Facebook. “It is time to stand up peacefully and show the media that Gun Rights matter to Texans and that we are not just the fringe.”

Bipartisan support is increasing in favor of stronger gun regulations, according to a Reuters/Ipsos poll in March. Fifty-four percent of Americans support stricter gun control policies such as background checks on gun purchasers and banning so-called assault rifles.