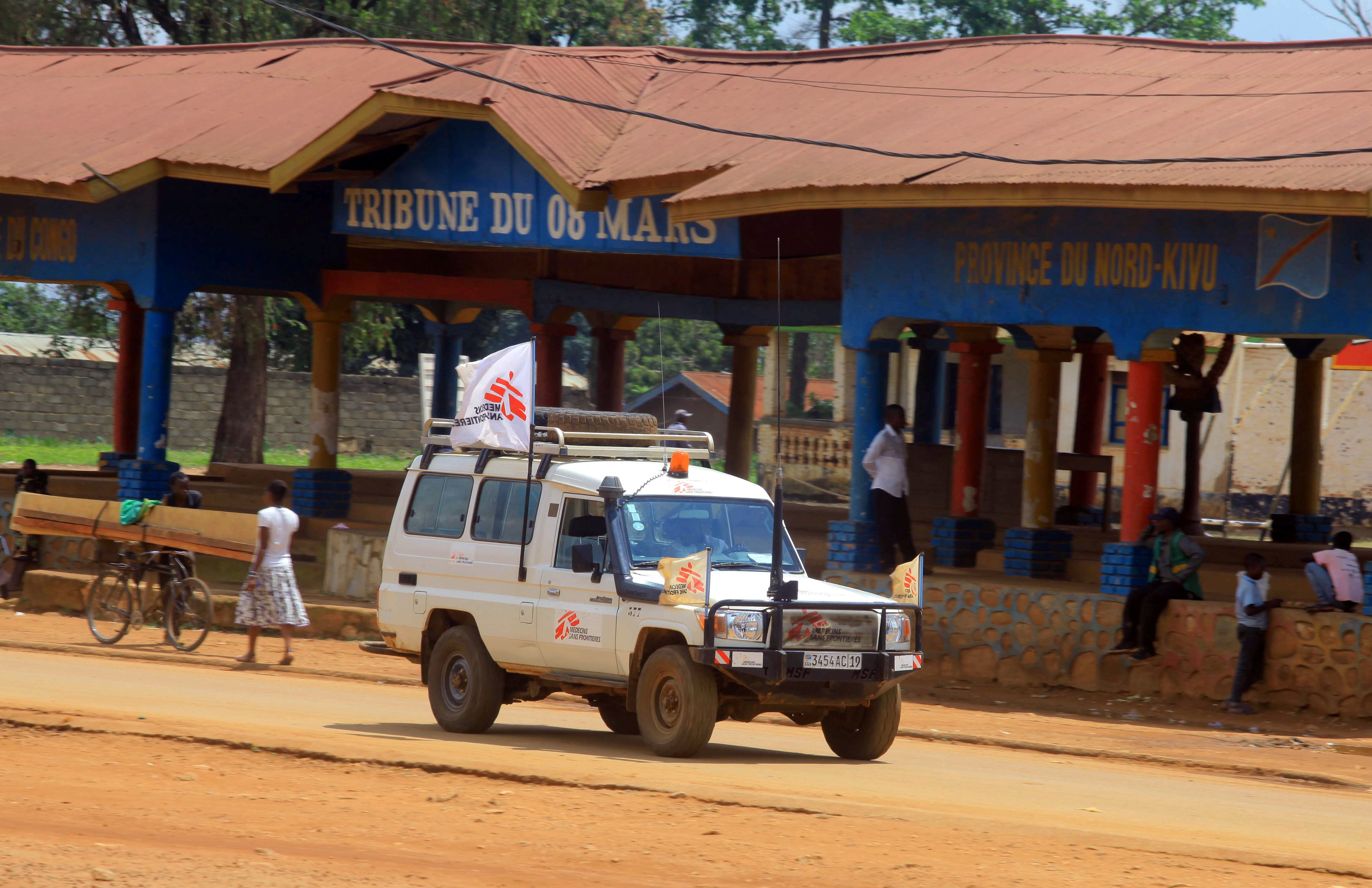 By Tom Miles and Fiston Mahamba

Four people have tested positive for Ebola in and around Mangina, a town of about 60,000 people in North Kivu province, 100 km (62 miles) from the Ugandan border, the health ministry said. Another 20 people died from unidentified haemorrhagic fevers in the area, mostly in the second half of July.

Just last week, a previous outbreak on the other side of the Central African country was declared over after killing 33 people.

“It would appear that the risk, as we can surmise for DRC, is high. For the region it’s high given the proximity to borders, particularly Uganda,” said WHO’s emergency response chief Peter Salama.

“We are talking about tens of kilometers but I stress that this is very preliminary information at this stage.”

Ebola is believed to be transported long distances by bats and can find its way into bushmeat sold at local markets and eaten. Once present in humans, it causes haemorrhagic fever, vomiting, and diarrhea and is spread through direct contact with body fluids. Over 11,300 people died of an epidemic in West Africa from 2013 to 2016.

This is the vast, forested central African country’s 10th outbreak since 1976 when the virus was discovered near Congo’s Ebola river in the north. That is more than twice as many epidemics as any other country.

The response to Congo’s previous outbreak was considered a success despite the 33 deaths, as the use of a vaccine made by Merck helped contain the virus.

The kind of Ebola in the latest outbreak has been confirmed as the Zaire strain that the Merck vaccine protects against, Congo’s health ministry said late on Thursday. This should allow health officials to again use what has become the greatest weapon against Ebola epidemics to date.

Still, this outbreak poses new challenges. Eastern Congo is a tinderbox of conflicts over land and ethnicity stoked by decades of on-off war and this could hamper efforts to contain the virus.

About 1,000 civilians have been killed by armed groups and government soldiers around Beni since 2014, and the wider region of North Kivu holds over 1 million displaced people.

Officials in Mangina rushed on Thursday to educate people about the risks of spreading the virus in a town that one local nurse told Reuters had no ambulance service.

Agents were deployed to warn people about the need for strict hygiene and the local radio station passed on messages about how to act, a local journalist said by phone.

“There is a great panic among the local population following the appearance of the Ebola epidemic,” said a nurse by phone, who asked not to be named.

The hospital where she works has already seen three people die recently of haemorrhagic fever. The hospital was awaiting help from the Red Cross to bury the bodies properly, she said.

Meanwhile, Uganda has set up screening at the land border it shares with Congo and at its Entebbe international airport.

An international delegation including officials from the United Nations, the World Bank and the WHO is in Beni, 30 km from Mangina.

(Reporting by Tom Miles in Geneva and Fiston Mahamba in Goma, Additional reporting by Elias Biryabarema in Kampala, Writing by Edward McAllister and Tim Cocks, editing by William Maclean and Rosalba O’Brien)