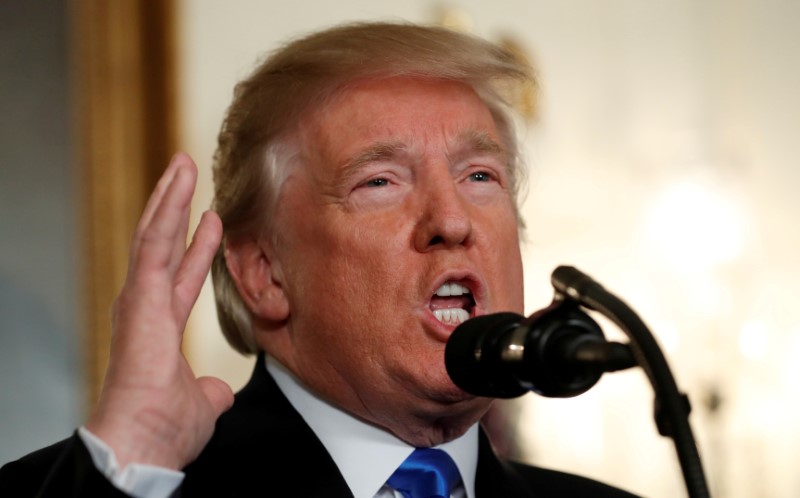 By Arshad Mohammed and Jonathan Landay

WASHINGTON (Reuters) – The United States said on Thursday it was suspending at least $900 million in security assistance to Pakistan until it takes action against the Afghan Taliban and the Haqqani network militant groups.

The U.S. State Department announced the decision, saying it reflected the Trump administration’s frustration that Pakistan has not done more against the two groups that Washington says use sanctuaries in Pakistan to launch attacks in neighboring Afghanistan that have killed U.S., Afghan and other forces.

The department declined to say exactly how much aid would be suspended, saying the numbers were still being calculated and included funding from both the State and Defense departments.

Pakistan has long rejected accusations that it fails to tackle the militants battling the Kabul government and U.S.-led foreign forces in Afghanistan, from sanctuaries on its side of the border.

On Friday, Pakistan criticized what it called “shifting goalposts” and said the U.S. suspension of aid was counter-productive.

CSF funds, which fall under Defense Department authority, are covered by the freeze, said Pentagon spokesman Commander Patrick Evans, saying Congress authorized up to $900 million in such money for Pakistan for fiscal year 2017, which ended Sept. 30. None of that money has yet been disbursed.

The freeze also covers $255 million in FMF for fiscal year 2016, which falls under State Department authority and whose suspension has already been announced, as well as unspecified amounts of FMF that went unspent in earlier fiscal years.

Briefing reporters, U.S. officials stressed the suspension did not affect civilian aid to Pakistan and that the money could go through if Islamabad took decisive action against the groups.

“Our hope is that they will see this as a further indication of this administration’s immense frustration with the trajectory of our relationship and that they need to be serious about taking the steps we have asked in order to put it on more solid footing,” a senior State Department official told reporters.

“We’re hoping that Pakistan will see this as an incentive, not a punishment,” he added.

The Trump administration briefed Congress on its decision on Wednesday.

Pakistan is largely shrugging off the proposed U.S. aid cuts but frets that Washington could take more drastic measures to deter what it sees as Pakistan’s support for the Taliban.

Pakistan is worried about the influence of old rival India in Afghanistan, and at the same time has been battling a Pakistani Taliban insurgency that Pakistan says was largely fueled by its support for the U.S. war on terrorism launched after the Sept. 11, 2001, attacks on the United States.

Pakistan was engaged with the U.S. administration on security cooperation and awaited further detail, it said.

Tense ties between the uneasy allies nosedived on Jan. 1 when U.S. President Donald Trump lashed out on Twitter against Islamabad’s “lies and deceit” despite $33 billion in aid and the White House warned of “specific actions” to pressure Pakistan.

Trump’s frustrations are shared by some U.S. lawmakers, who accused Pakistan of playing a double game by allowing militant groups sanctuary – which Islamabad denies – despite promising to crack down on them.

“Pakistan is one of the most duplicitous governments I’ve had any involvement with,” Senator Bob Corker, Republican chairman of the Senate Foreign Relations Committee, told reporters. “Their, in essence, support of the Haqqani network, or … allowing them to have safe harbor in their country when they’re the greatest threat to our men and women in uniform.”

South Asia expert Christine Fair of Georgetown University voiced concern that Pakistan might retaliate for the suspension by closing the highways from the port city of Karachi on which equipment is trucked to land-locked Afghanistan and the airspace through which supplies are flown to U.S.-led international forces there.

“What is the plan if they close the GLOCs?” she asked, using the military acronym for Ground Lines of Communications.

“What if the Pakistanis shut down the ALOCs (Air Lines of Communications). How do you keep supplying the ANSF?” she asked, referring to the Afghan national security forces.

“Pakistan could be within their rights if they tell us you don’t have flyover rights anymore,” she said.