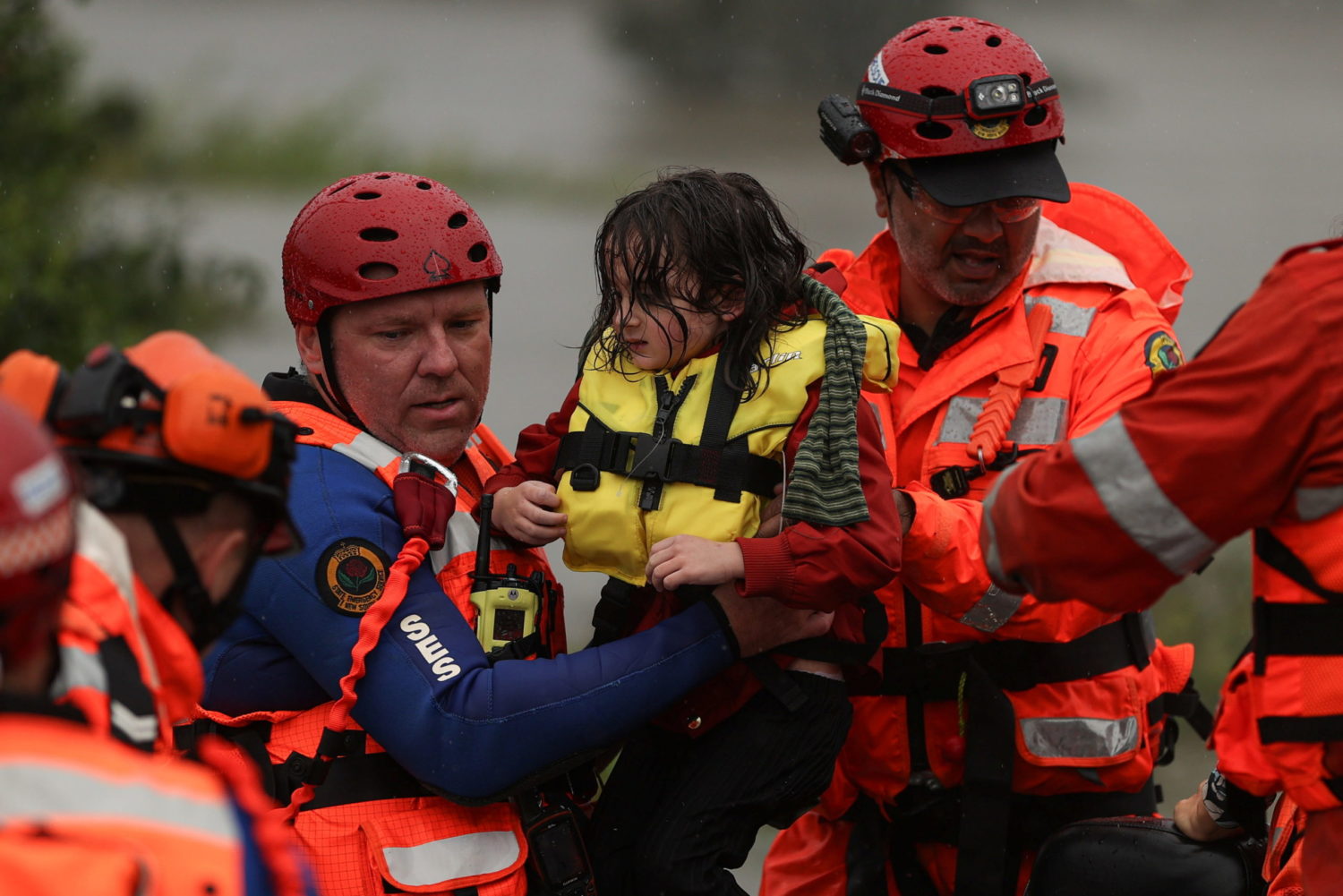 By Loren Elliott and Byron Kaye

SYDNEY (Reuters) – Australian authorities issued fresh flood warnings and evacuation orders on Tuesday as torrential rains again pummeled several parts of the country, sweeping away homes, roads and livestock in the worst downpour in more than half a century.

The national weather agency posted weather warnings in every mainland state or territory but one, affecting around 10 million people in the country of 25 million, across an area the size of Alaska.

No deaths were reported, but thousands of people have been rescued by emergency services in recent days. Authorities have ordered about 22,000 people to be ready to flee their homes, potentially joining around 18,400 people who have already been evacuated.

One video showed a container truck ramming into a bridge, causing structural damage, while another showed a car swept off a road by raging floodwaters in neighboring Queensland.

Other photos captured mass swarms of spiders and snakes as the creatures sought to escape the fast-moving flood waters.

In NSW, a fourth straight day of heavy rain was expected to combine with a coastal trough and increase the deluge overnight on Tuesday, even as the main city Sydney saw a reprieve by late afternoon.

Thousands of people who live along the Hawkesbury River, a major waterway about 60km (37 miles) north of Sydney, were told to be ready to evacuate.

Dave Murray, a landscaper from North Richmond, on the Hawkesbury, filmed with a head-mounted camera from his jet ski as he rescued his neighbor’s 10 cows by forcing them to swim about 300 meters through floodwater five meters deep.

Alicia Pitt was rescued along with her family from their holiday cabin on the Hawkesbury River.

Warragamba Dam, Sydney’s main water supply, began overflowing on Saturday and was expected to keep doing so for another week. The summer before, amid drought and bushfires, the same dam fell below half its water catchment, triggering severe water restrictions.

Authorities began coordinating with supermarkets to ship groceries to people who could not get to a store, Federal Emergency Management minister David Littleproud said.

On Tuesday, the country’s biggest independent coal miner, Whitehaven Coal Ltd, said it was forced to stop ship loading at the port due to structural faults, while weather-related port restrictions were slowing ship movements.