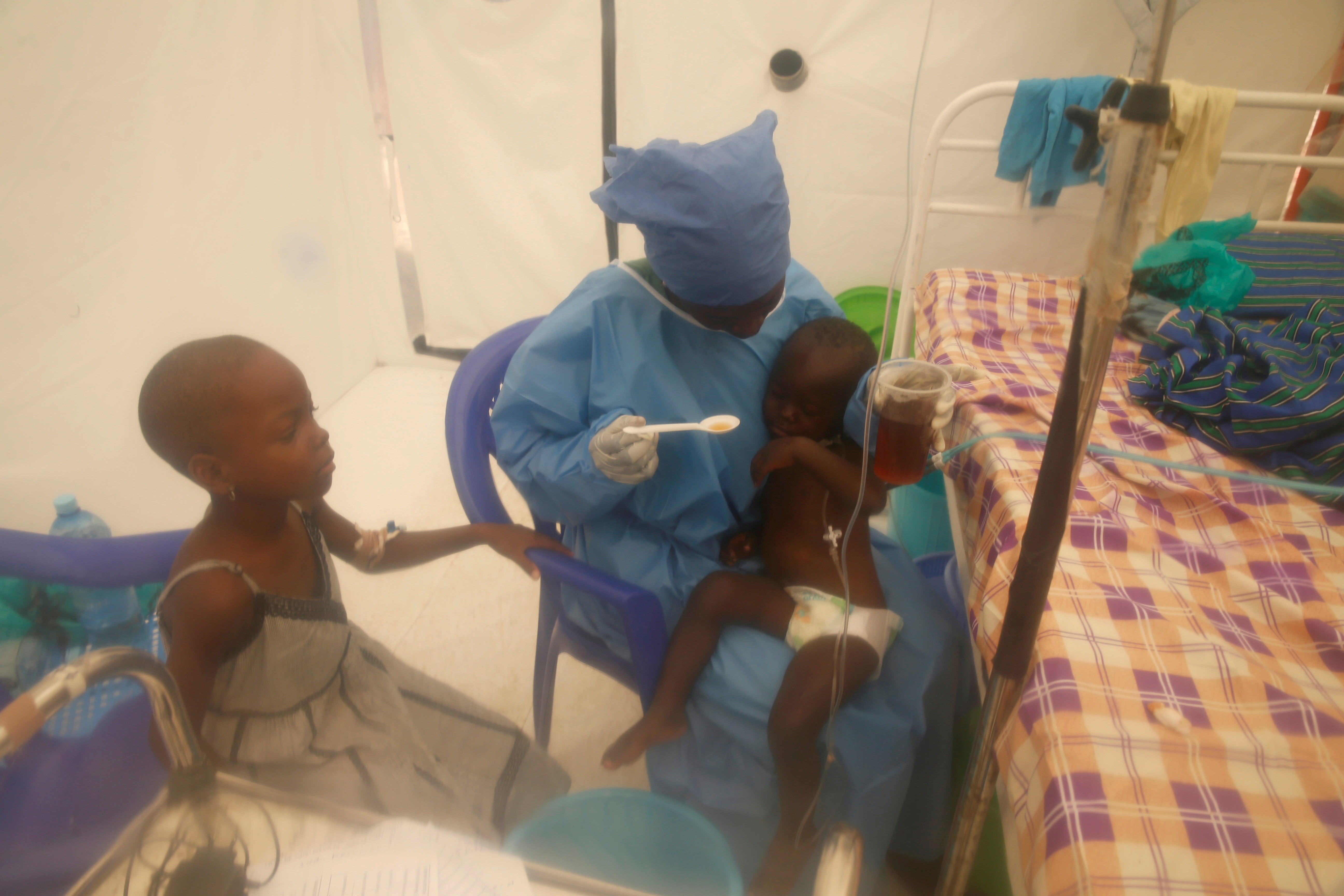 GOMA, Democratic Republic of Congo (Reuters) – A mob in eastern Congo killed an Ebola health worker and looted a clinic, the Health Ministry said on Tuesday, underscoring a breakdown in public trust that is hampering efforts to contain the deadly virus.

Attacks on treatment centers by armed groups and mistrust among residents who view the disease as a conspiracy have become major impediments to containing Democratic Republic of Congo’s worst-ever Ebola outbreak.

The hemorrhagic fever has so far killed 1,281 people, according to the latest ministry figures, and shows no signs of slowing its spread, with dozens of new cases a week.

The ministry said that on Saturday residents of the village of Vusahiro, in the Mabalako district, “rose up and attacked the local Ebola response team, made up of village residents who were trained to carry out certain response activities”.

A hygienist from the infection prevention and control team died of his injuries when he was transferred to hospital, it said.

Responders, healthcare workers, and community members are increasingly subjected to threats from armed groups in hotspots such as Katwa and Butembo, the World Health Organization says, complicating efforts to contain Ebola.

Still, an uphill battle remains. Between January and early May, there were 42 attacks on health facilities, with 85 workers either injured or killed, according to WHO figures from May 3.

Health workers have been attacked six times in the last eight days, WHO Director-General Tedros Adhanom Ghebreyesus told the closing session of the annual World Health Assembly in Geneva on Tuesday.

“These attacks demonstrate that the ongoing Ebola outbreak is more than a health crisis,” he said. “Ending it takes a coordinated and strengthened effort across the U.N. system…with strong leadership from the government.” 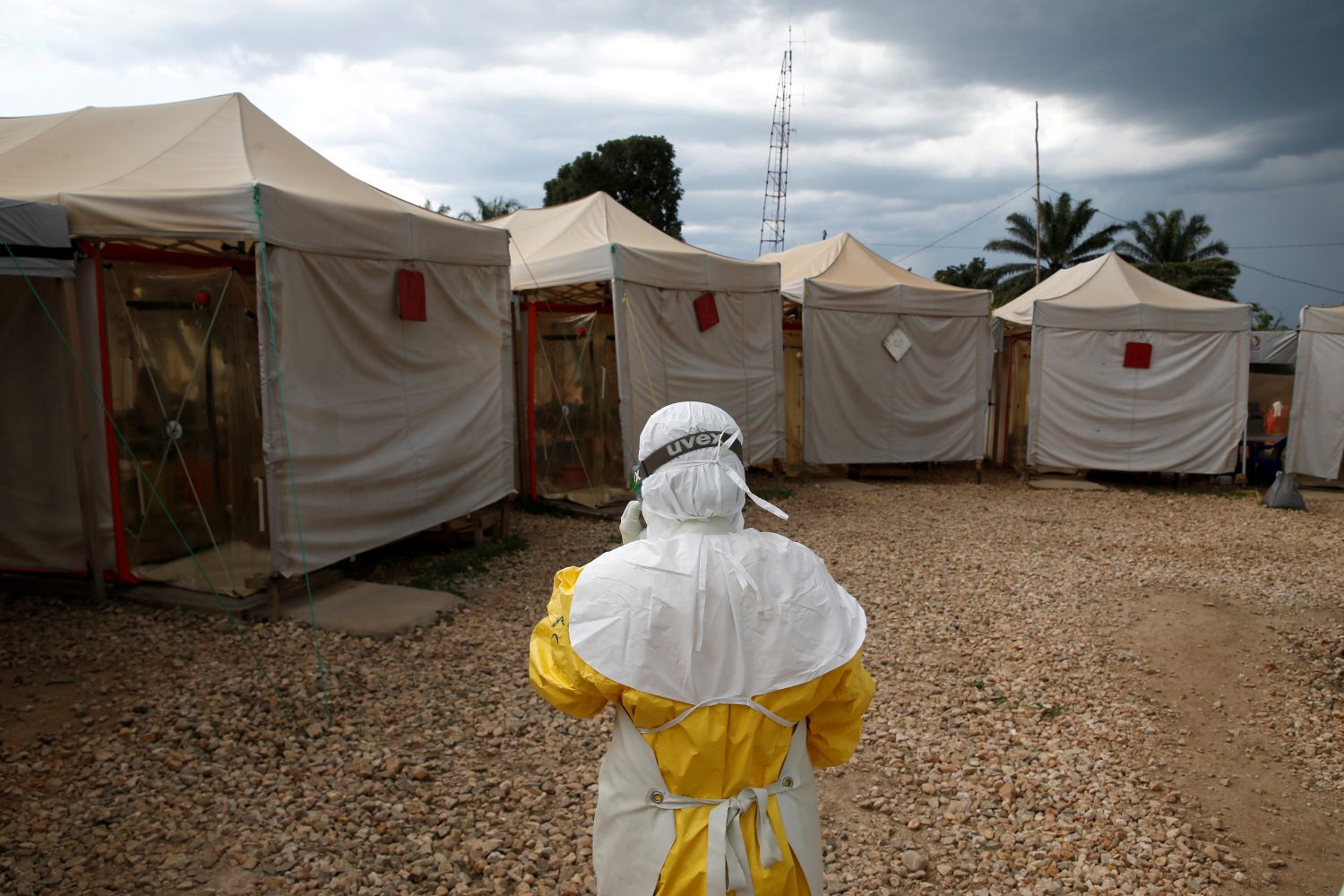 Mistrust of first responders and widespread misinformation propagated by some community leaders has led many in affected areas of eastern Democratic Republic of Congo to refuse vaccinations. Instead, they turn to traditional healers, whose clinics have contributed to the hemorrhagic fever’s spread.

“It is not an imaginary disease,” Tshisekedi said after arriving in the city of Beni on his first tour of eastern Congo since being inaugurated in January.

“If we follow the instructions, in two or three months Ebola will be finished,” he optimistically told a crowd after having his temperature taken and washing his hands, as required of all incoming passengers to Beni airport.

Congo has suffered 10 outbreaks of Ebola, which causes severe vomiting, diarrhea and bleeding, since the virus was discovered there in 1976. The current one has seen 1,264 confirmed and probable cases and 814 deaths since it was declared last August.

Following a series of attacks on treatment centers by unidentified assailants in February and March, the current outbreak is now spreading at its fastest rate yet.

Tshisekedi, who won a disputed election last December to succeed Joseph Kabila, also called on Tuesday for the disarmament of dozens of militia that operate in the east and whose presence has complicated the Ebola response.

“The time of armed groups is over,” he said. “The new government is reaching out to these children of the country to surrender arms through disarmament programmes.”