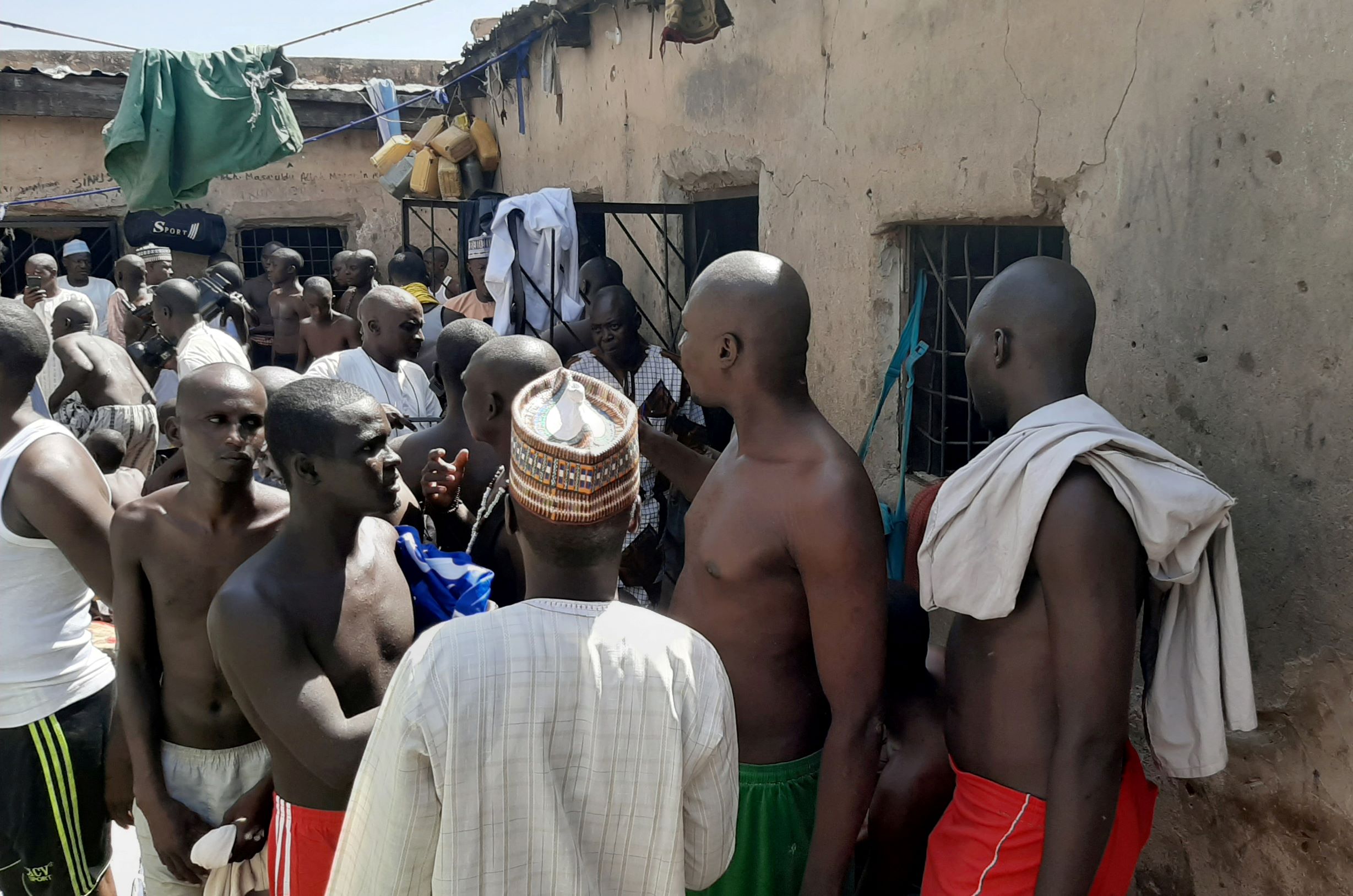 KANO, Nigeria (Reuters) – Nigeria’s president on Tuesday ordered a crackdown on abuse at Islamic schools, after a second police raid in less than a month revealed men and boys subjected to beatings, abuse and squalid conditions.

Nearly 300 had been held captive at a school in the Daura area of Katsina, the home town of President Muhammadu Buhari, where police said they discovered “inhuman and degrading treatment” following a raid on Monday to free the remaining students.

“Mr. President has directed the police to disband all such centers and all the inmates be handed over to their parents,” said a presidential spokesman.

“The government cannot allow centers where people, male and female, are maltreated in the name of religion,” he said.

Prior to this week’s raid, hundreds of captives had escaped the center, police said on Tuesday.

The 67 inmates who were freed by Katsina police were shackled, and many were taken to hospital for treatment, police superintendent Isah Gambo told Reuters.

“I tell you they were in very bad condition when we met them,” Gambo said.

A freed captive told Reuters on Monday that the instructors beat, raped and even killed some of the men and boys held at the facility, who ranged from 7 to 40 years of age. It was not immediately possible to verify his account.

While the institution told parents it was an Islamic teaching center that would help straighten out wayward family members, the instructors instead brutally abused them and took away any food or money sent by relatives.

Police said they had arrested the owner of the facility and two teachers, and were tracking other suspects.

The more than 200 captives who escaped were still missing, Gambo said. Police were working to reunite the others with family members.

“The inmates are actually from different parts of the country – Kano, Taraba, Adamawa and Plateau States,” he said. “Some of them are not even Nigerians. They come from Niger, Chad and even Burkina Faso and other countries.”

Buhari said the government planned to ban the schools eventually, but he has not yet commented on the Katsina school.