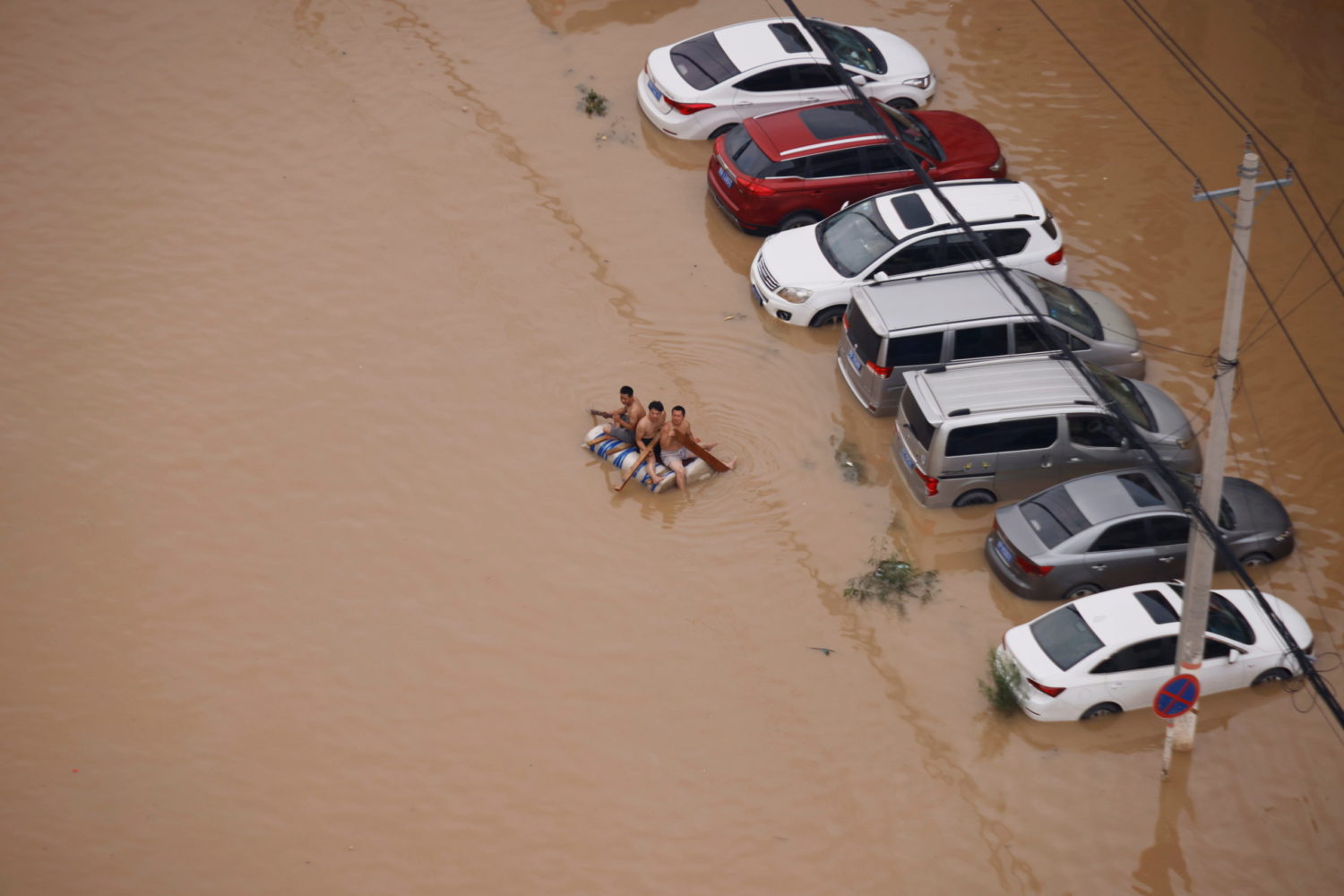 BEIJING (Reuters) -The death toll from last month’s floods in the central Chinese province of Henan rose to 302 as of Monday, officials said, triple the figure of 99 that was reported last week, with most of the fatalities reported in the provincial capital Zhengzhou.

In Zhengzhou, a city of 12 million that lies along the Yellow River, the death toll was 292, including 14 who perished when a subway line was flooded. In total, 39 people died in underground areas in Zhengzhou including garages and tunnels.

Over three days last month, 617.1 mm (24.3 inches) of rain fell in Zhengzhou, nearly equivalent to its annual average of 640.8 mm, causing widespread damage and disruption in a city that is a major transport and industrial hub.

Of the 50 people still missing in Henan province, 47 were from Zhengzhou, local officials told a briefing on Monday.

China’s State Council said it will set up a team to investigate the disaster in Zhengzhou and will hold officials accountable if found to have derelicted their duty, the official Xinhua news agency reported. 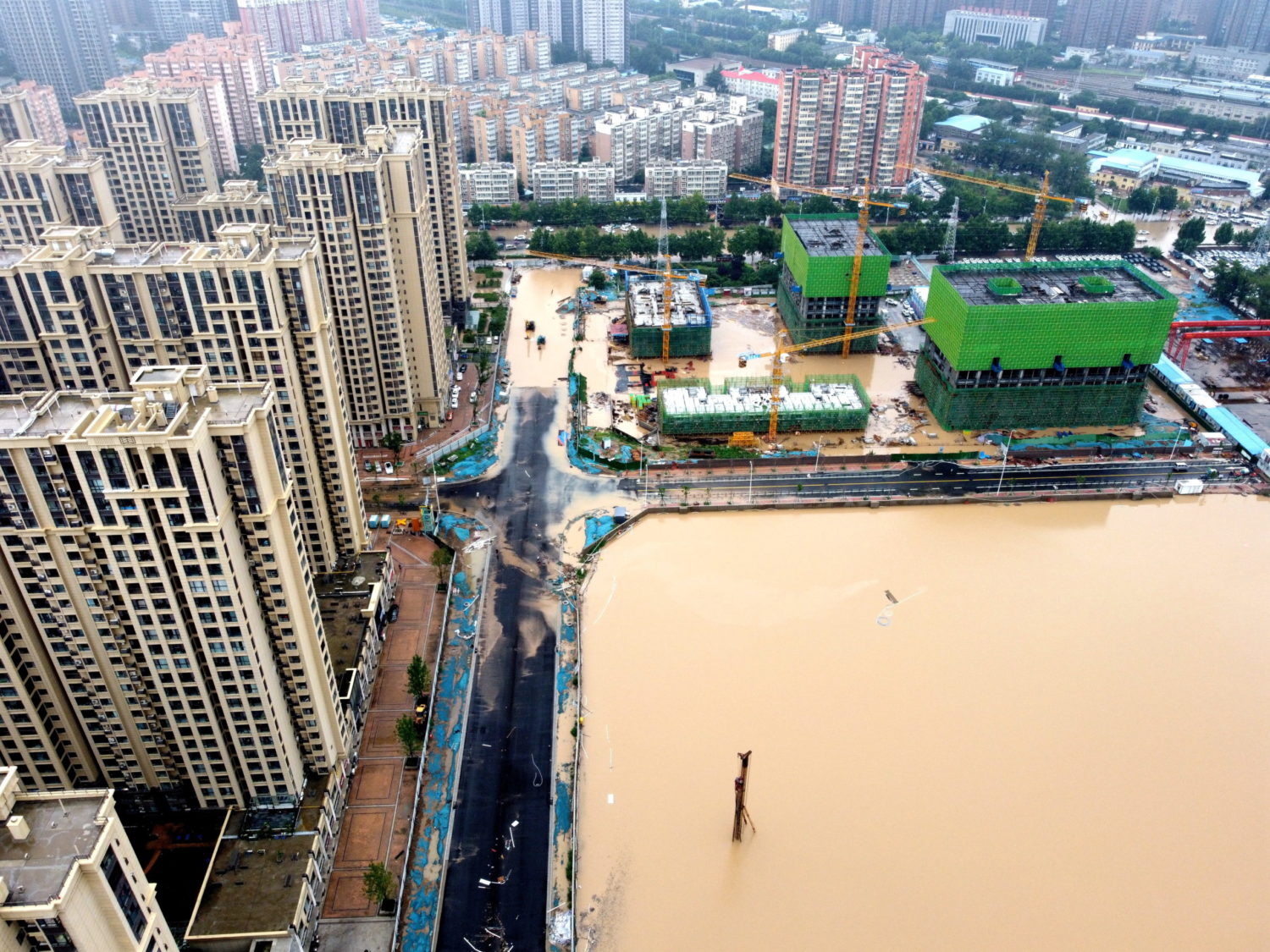 By Ryan Woo and Stella Qiu

BEIJING (Reuters) – At least 25 people have died in China’s flood-stricken central province of Henan, a dozen of them in a subway line in its capital that was drenched by what weather officials called the heaviest rains for 1,000 years.

About 100,000 people have been evacuated in Zhengzhou, the capital, where rail and road transport have been disrupted, while dams and reservoirs have swelled to warning levels while thousands of troops launched a rescue effort in the province.

City authorities said more than 500 people were pulled to safety from the flooded subway, as social media images showed train commuters immersed in chest-deep waters in the dark and one station reduced to a large brown pool.

“The water reached my chest,” a survivor wrote on social media. “I was really scared, but the most terrifying thing was not the water, but the diminishing air supply in the carriage.”

The rain halted bus services in the city of 12 million people about 650 km (400 miles) southwest of Beijing, said a resident surnamed Guo, who had to spend the night at his office.

“That’s why many people took the subway, and the tragedy happened,” Guo told Reuters.

At least 25 people have died in the torrential rains that have lashed the province since last weekend, with seven missing, officials told a news conference on Wednesday.

Media said the dead included four residents of the city of Gongyi, located on the banks of the Yellow River like Zhengzhou, following the widespread collapse of homes and structures because of the rains.

More rain is forecast across Henan for the next three days, and the People’s Liberation Army has sent more than 5,700 soldiers and personnel to help with search and rescue.

The three days of rain matched a level seen only “once in a thousand years”, meteorologists said.

“Such extreme weather events will likely become more frequent in the future,” said Johnny Chan, a professor of atmospheric science at City University of Hong Kong.

“What is needed is for governments to develop strategies to adapt to such changes,” he added, referring to authorities at city, province and national levels.

Many train services have been suspended across Henan, a major logistics hub with a population of about 100 million. Highways have also been closed and flights delayed or cancelled.

By Wednesday, media said food and water supplies had run out for hundreds of passengers stranded on a train that had stopped just beyond the city limits of Zhengzhou two days earlier.

Roads were severely flooded in a dozen cities of the province.

Local authorities said the rainfall had caused a 20-metre breach in the Yihetan dam in the city of Luoyang west of Zhengzhou, and that the dam “could collapse at any time”.

In Zhengzhou itself, where about 100,000 people have been evacuated, the Guojiazui reservoir had been breached but there was no dam failure yet.

A raft of Chinese companies, insurers and a state-backed bank said they had offered donations and emergency aid to local governments in Henan amounting to 1.935 billion yuan ($299 million).

Taiwan’s Foxconn, which operates a plant in Zhengzhou assembling iPhones for Apple, said there was no direct impact on the facility.

China’s largest automaker, SAIC Motor, warned of short-term impact on logistics at its plant in the city, while Japan’s Nissan said production at its factory had been suspended.

Schools and hospitals were marooned, and people caught in the floods flocked to shelter in libraries, cinemas and even museums.

“We’ve up to 200 people of all ages seeking temporary shelter,” said a staffer surnamed Wang at the Zhengzhou Science and Technology Museum.

“We’ve provided them with instant noodles and hot water. They spent the night in a huge meeting room.”

After the First Affiliated Hospital of Zhengzhou, the city’s largest with more than 7,000 beds, lost all power, officials raced to find transport for about 600 critically ill patients.

The neighboring province of Hebei issued a storm alert for some cities, including Shijiazhuang, its capital, warning of moderate to heavy rain from Wednesday.