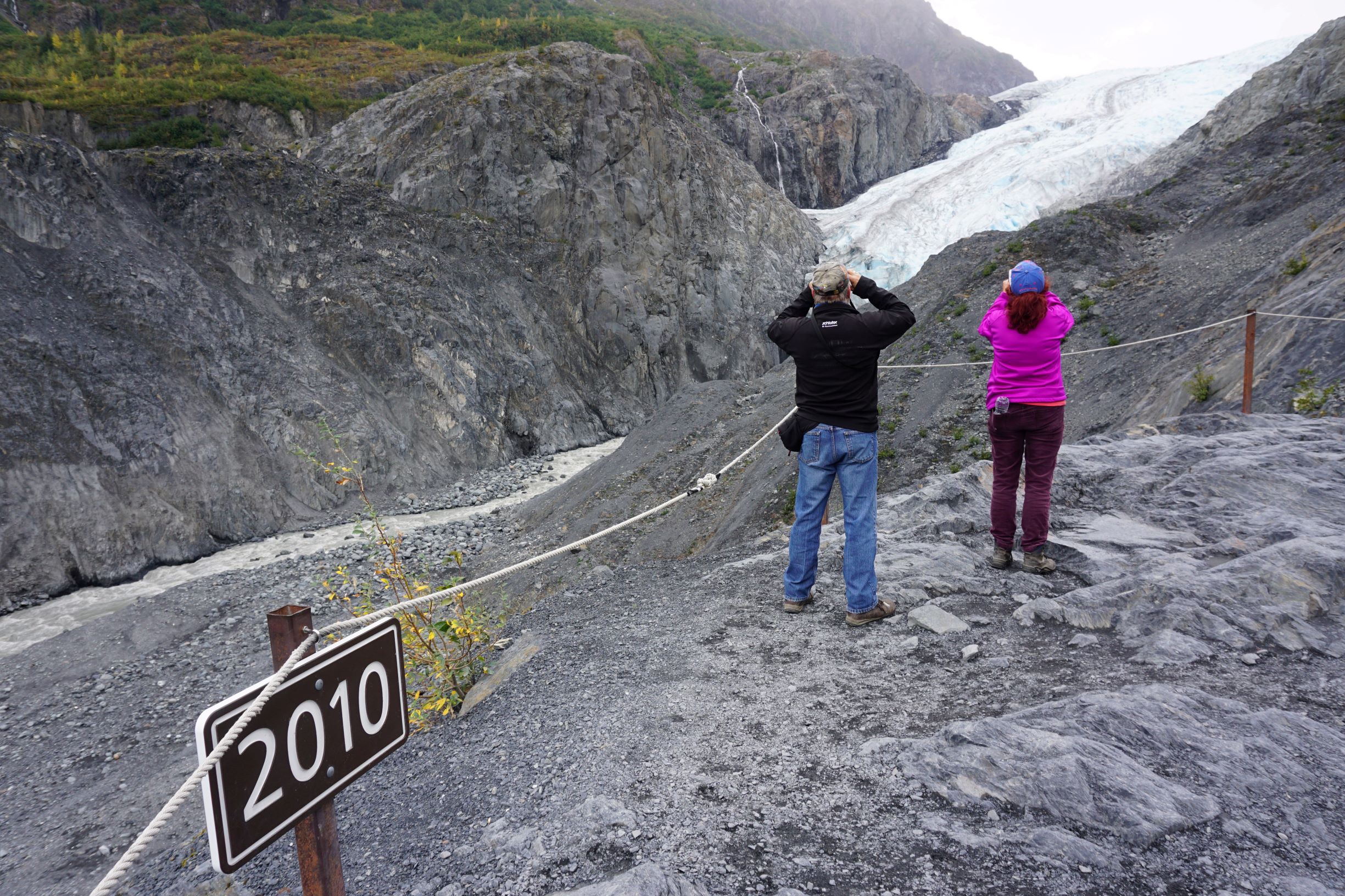 ANCHORAGE (Reuters) – Alaska will soon close a year that is shaping up as its hottest on record, with glaciers in the “Frontier State” melting at record or near-record levels, pouring waters into rising global seas, scientists said after taking fall measurements.

Lemon Creek Glacier in Juneau, where records go back to the 1940s, had its second consecutive year of record mass loss, with 3 meters erased from the surface, U.S. Geological Survey glaciologist Louis Sass told Reuters.

Melt went all the way up to the summit, said Sass, one of the experts who travel to benchmark glaciers to take measurements in the fall.

“That’s a really bad sign for a glacier,” he said, noting that high-altitude melt means there is no accumulation of snow to compact into ice and help offset lower-elevation losses.

At Wolverine Glacier on the Kenai Peninsula south of Anchorage, loss was the second highest in a record that goes back to the 1960s. Sass said it failed to match the record set in 2004 only because so much of the glacier had already melted.

Drastic melting was also reported at Kenai Fjords National Park, which former President Barack Obama once visited to call attention to climate change. There, Bear Glacier, a popular tourist spot, retreated by nearly a kilometer in just 11 months, according to August measurements by the National Park Service.

“It’s almost like you popped it and it started to deflate,” said Nate Lewis, a Seward-based wilderness guide who takes travelers into the new lake that has formed at the foot of the shrinking glacier.

Even one of the few Alaska glaciers that had been advancing, Taku just southeast of the city of Juneau, is now losing ice at a fast clip.

Particularly ominous is the high altitude at which Taku is melting, said Mauri Pelto, who heads the North Cascades Glacier Climate Project. This year, the summer melt reached as high as 1,450 meters, 25 meters above the previous high-altitude record set just last year, he said.

Now that it is retreating, Taku is expected to start casting off big ice chunks, increasing Alaska’s already significant contribution to rising sea levels, according to a study co-authored by Sass and Shad O’Neel, a glaciologist with the U.S. Geological Survey. The study is scheduled to be presented at the annual conference of the American Geologic Union next week in San Francisco.

Alaska recorded its warmest month ever in July and the trend has continued.

“Alaska is on pace to break their record for warmest year unless December is dramatically cooler than forecasted,” Brian Brettschneider, a climatologist with the University of Alaska Fairbanks’ International Arctic Research Center, said in a Dec. 1 tweet.

Alaska’s glaciers account for far less than 1 percent of the world’s land ice. But their melt contributes roughly 7 percent of the water that is raising the world’s sea levels, according a 2018 study published in the journal Geophysical Research Letters and co-authored by O’Neel.

There are also local impacts. Scientists say glacial melt affects salmon-spawning streams and harms marine fish and animal habitats. It is creating new lakes in the voids where ice used to be, and outburst floods from those lakes are happening more frequently, scientists say.

Changes in the glaciers and the ecosystems they feed has been so fast that they are hard to track, said O’ Neel at USGS, who measured the melt at Wolverine Glacier last month. “Everything’s been pretty haywire lately.”